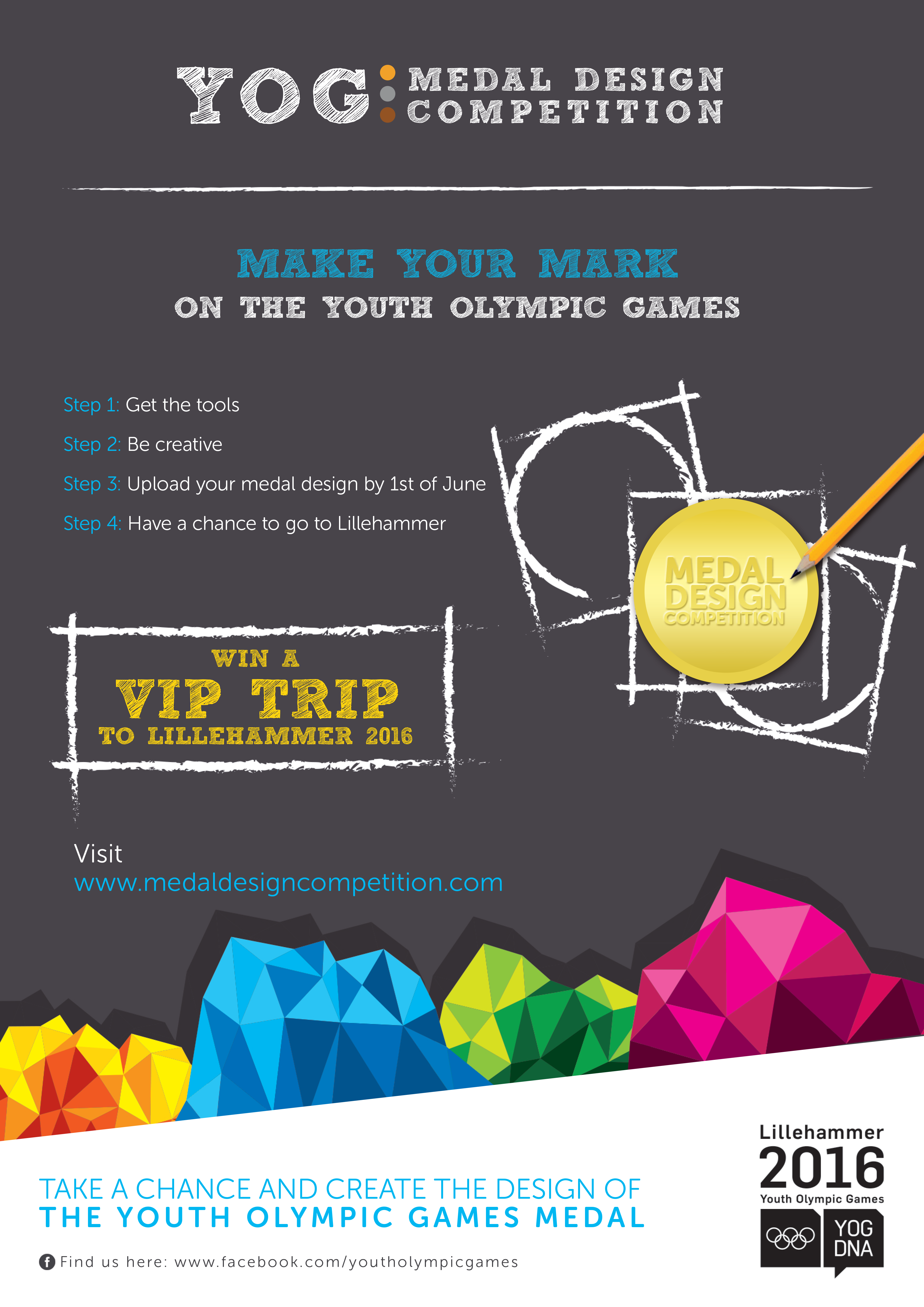 Let your creativity flow! IOC is giving you the chance to be part of the Winter Youth Olympic Games by designing the medal for the next winter edition, in Lillehammer in 2016!

All you have to do is go to www.medaldesigncompetition.com, get inspired and submit your very own design. The competition opens today and runs until 1 June 2015.

The winning design and two runners up will be selected by a judging panel made up of the Young Ambassadors and Young Reporters who have been involved in the YOG since the inaugural Singapore 2010 edition/Games. Also joining the panel will be IOC members Claudia Bokel, Chair of the IOC Athletes’ Commission and Olympic silver medallist in fencing, and Angela Ruggiero, Chair of the IOC Coordination Commission for Lillehammer 2016 and Olympic champion in ice hockey.

, silver and bronze medals awarded in Lillehammer from 12 to 21 February 2016.

In addition to the prestige of creating Olympic history, the winning designer will win a trip to Lillehammer 2016, which includes tickets to the Opening Ceremony and sports competition, as well as a full collection of medals featuring their design.

So what are you waiting for?  Get creative and enter your design!

YUVA congratulates its Chairman & National President Krishna Athal for being selected by the International Olympic Committee (IOC) to be part of the judging panel made up of 10 professionals to decide on the winning design of the medal for the next Winter Youth Olympic Games, in Lillehammer in 2016. (Read Press Release)