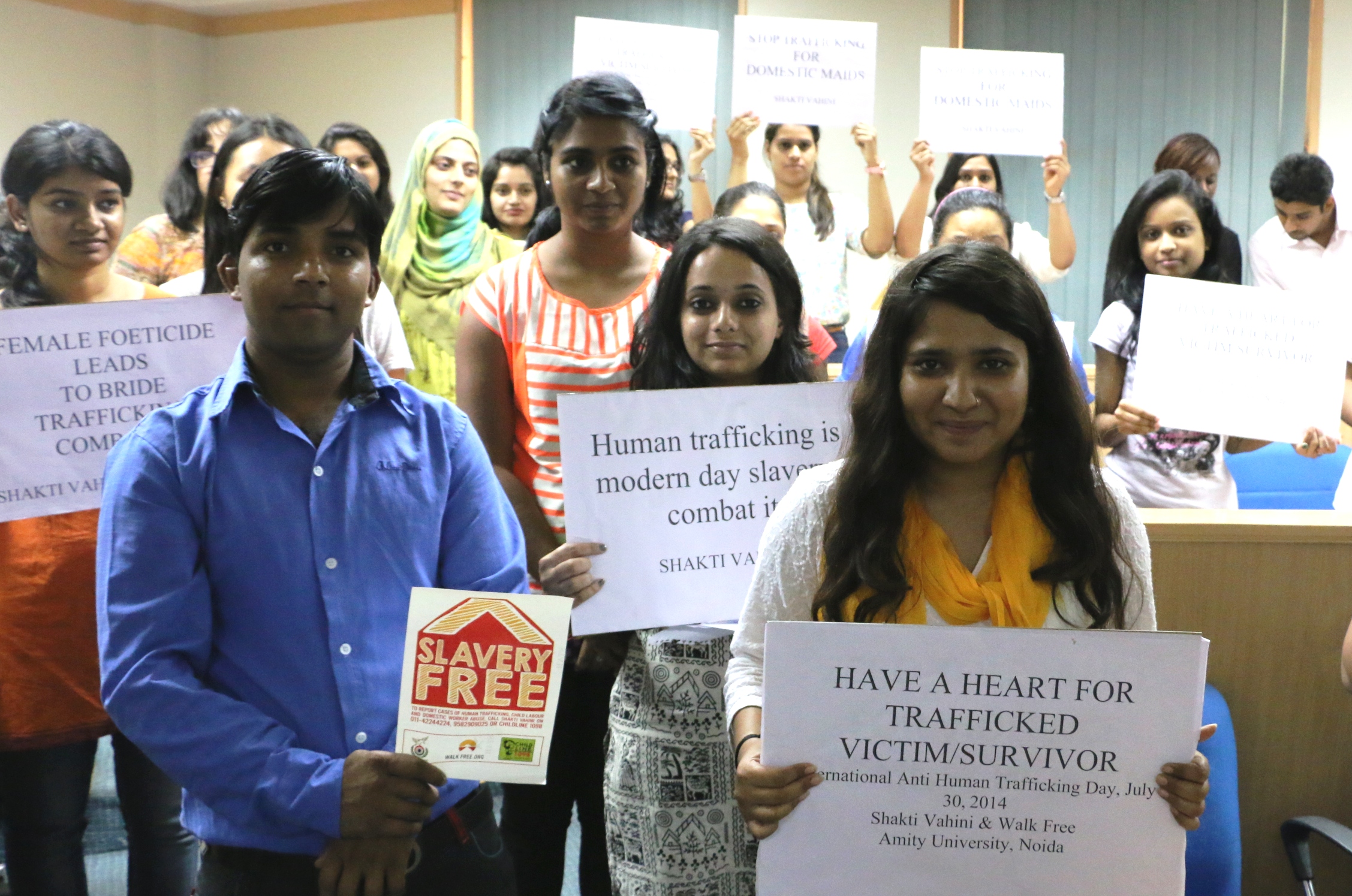 At any given time, an estimated 2.5 million people are trapped in modern-day slavery.

Men, women and children fall into the hands of traffickers both in their own countries and abroad. Every country in the world is affected by human trafficking, whether as a country of origin, transit or destination for victims. Slavery, in both its ancient and modern forms, is not only shameful, it is as the abolitionist John Wesley said “the execrable sum of all villanies,” and has no place in our world.

In 2010, the General Assembly adopted the Global Plan of Action to Combat Trafficking in Persons, urging Governments worldwide to take coordinated and consistent measures to defeat this scourge. The Plan calls for integrating the fight against human trafficking into the UN’s broader programmes in order to boost development and strengthen security worldwide. One of the crucial provisions in the Plan is the establishment of a UN Voluntary Trust Fund for victims of trafficking, especially women and children.

In 2013, the General Assembly held a high-level meeting to appraise the Global Plan of Action. Member States also adopted resolution A/RES/68/192 and designated July 30 as the World Day against Trafficking in Persons. This resolution declared that such a day was necessary to “raise awareness of the situation of victims of human trafficking and for the promotion and protection of their rights.”

World Day against Trafficking in Persons was proclaimed by the United Nations General Assembly, in its resolution A/RES/68/192.

Trafficking in persons is a serious crime and a grave violation of human rights. Every year, thousands of men, women and children fall into the hands of traffickers, in their own countries and abroad. Almost every country in the world is affected by trafficking, whether as a country of origin, transit or destination for victims. UNODC, as guardian of the United Nations Convention against Transnational Organized Crime (UNTOC) and the Protocols thereto, assists States in their efforts to implement the  Protocol to Prevent, Suppress and Punish Trafficking in Persons (Trafficking in Persons Protocol).

Article 3, paragraph (a) of the Protocol to Prevent, Suppress and Punish Trafficking in Persons defines Trafficking in Persons as the recruitment, transportation, transfer, harbouring or receipt of persons, by means of the threat or use of force or other forms of coercion, of abduction, of fraud, of deception, of the abuse of power or of a position of vulnerability or of the giving or receiving of payments or benefits to achieve the consent of a person having control over another person, for the purpose of exploitation. Exploitation shall include, at a minimum, the exploitation of the prostitution of others or other forms of sexual exploitation, forced labour or services, slavery or practices similar to slavery, servitude or the removal of organs.