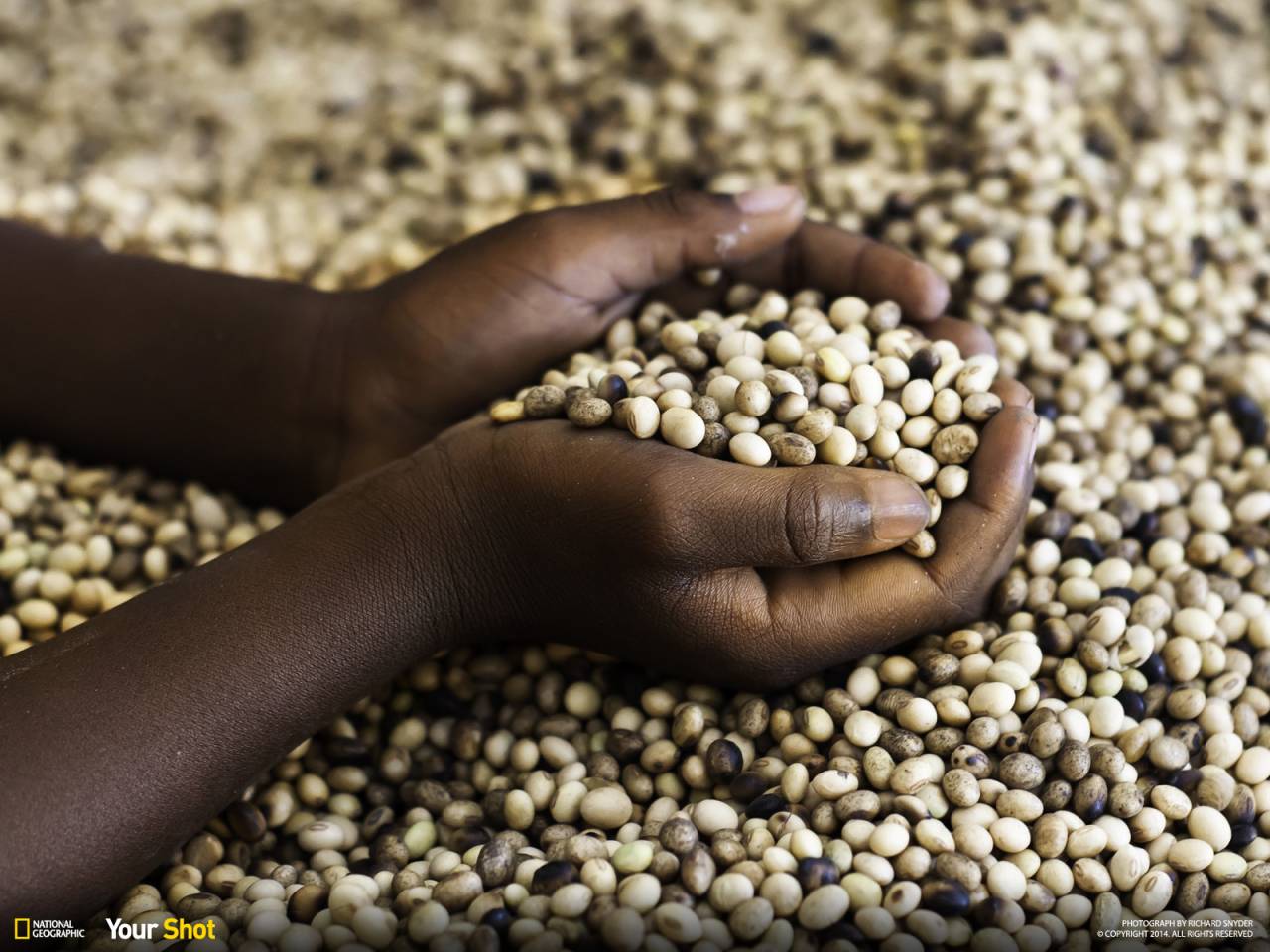 What is World Food Day?

World Food Day is a day of action against hunger.

World Food Day is a day of action against hunger. On October 16, people around the world come together to declare their commitment to eradicate hunger in our lifetime. Because when it comes to hunger, the only acceptable number in the world is zero.

World Food Day celebrates the creation of the Food and Agriculture Organization of the United Nations (FAO) on October 16, 1945 in Quebec, Canada. First established in 1979, World Food Day has since then been observed in almost every country by millions of people.

In North America, grassroots events and public awareness campaigns engage diverse audiences in action against hunger.  From hunger walks and World Food Day dinners to meal packaging events and food drives, there are many ways for people to be a part of solutions to hunger.

Each year, advocates come together to raise awareness and engage Americans and Canadians in the movement to end hunger. Led by the FAO Liaison Office for North America, the World Food Day USA & Canada Network  includes over 60 organizations, universities and companies that are working to achieve a zero hunger world.

Why care about hunger?

Because the right to food is a basic human right.   In a world of plenty, 805 million people, one in nine worldwide, live with chronic hunger.1 The costs of hunger and malnutrition fall heavily on the most vulnerable.

Because we can end hunger in our lifetime. It’s possible. The world produces enough food to feed every person on the planet. In September 2000, world leaders signed a commitment to achieve eight Millennium Development Goals by 2015. MDG #1 is eradicate extreme poverty and hunger and includes three targets.  Since then:

The challenge is significant, but these results show us that when we focus our attention, we can make big strides.

Because the cost of neglect is too high. No one in the world should have to experience hunger. In addition to the cost of human suffering, the world as a whole loses when people do not have enough to eat. Hungry people have learning difficulties, are less productive at work, are sick more often and live shorter lives. The cost to the global economy because of malnutrition is the equivalent of US$3.5 trillion a year.9  Hunger leads to increased levels of global insecurity and environmental degradation. Ending hunger is not just a moral imperative, but also a good investment for society.

Because it can happen to anyone. Even in the U.S., one of the richest countries in the world, one in seven Americans – 14.3 percent – does not have enough to eat.10 Nutritious food can be expensive, making a balanced diet a luxury for many. Loss of a job, a family tragedy, poor health, or an accident can make anyone, anywhere, go hungry in a moment. Globally, extreme climate events, war, or even financial crisis can dramatically affect a person’s ability to feed themselves and their families. Without social safety nets, resiliency measures and good policy in place, these small and large events can set off a cycle of hunger and poverty.

The 35th observance of World Food Day, which this year will commemorate the 70th Anniversary of the founding of FAO, will be celebrated at Expo Milano.

UN Secretary-General Ban Ki-moon and the Director-General of FAO José Graziano da Silva will be joined by the President of the Republic of Italy and the Italian Ministers for Agriculture and Foreign Affairs for the official opening ceremony.

Falling in an opportune moment, just after the Summit in September 2015 and before the United Nations Conference on Climate Change (COP21), World Food Day promises to be one of Expo’s most important events. It will be a unique opportunity to send a strong message to young people – the Zero Hunger Generation – on the 2030 Agenda for Sustainable Development and to engage them in the challenge of sustainably eradicating hunger and poverty over the next 15 years.

The official ceremony will commemorate FAO’s 70th Anniversary and address the theme for World Food Day 2015, “Social Protection and Agriculture: Breaking the Cycle of Rural Poverty”, and how this links with the UN theme for Expo 2015, “The Zero Hunger Challenge · United for a sustainable world”.

Highlights of the ceremony will include the official presentation of the Milan Charter to the UN Secretary-General, a manifesto that engages all citizens in the fight against undernourishment, malnutrition and waste, while promoting equal access to natural resources and sustainability. The Milan Urban Food Policy Pact, where Mayors worldwide commit to coordinating international food policies, is another important legacy document that will be presented. In addition to the keynote speakers, the Heads of IFAD and WFP will speak during the ceremony and guests will hear a few words from Pope Francis.

Other World Food Day events on 16 October with the participation of the UN Secretary-General and FAO Director-General include “Zero Hunger Generation”, an interactive question and answer session with students exploring the crucial role that young people will play in achieving the newly adopted Sustainable Development Goals (SDGs), and “Finance for Food”, organised by the Italian Ministry of Economy and IFAD.

What is social protection?

Any policy or program designed to reduce poverty and vulnerability by promoting efficient labour markets, diminishing people’s exposure to risks, and enhancing their capacity to manage economic and social risks, such as unemployment, exclusion, sickness, disability and old age. Today about 75% of the 795 million undernourished people in the world live in rural areas. Effective social protection programmes in such areas, where agriculture plays a vital role, include cash transfers, vouchers, insurances and in-kind contributions.

Why is social protection key to ending hunger and poverty?

Providing people with nutritious food is not enough. Without social protection, poor communities are at constant risk of hunger and poverty, especially when faced with a crisis or shock of any nature. By incorporating social protection programmes into national development strategies and policies, governments can provide greater income stability and ability to manage risk, thus contributing to reducing poverty and food insecurity in the longer-term. In fact social protection is high on the 2030  Agenda for  sustainable development and considered an important means to achieving the Goal of ending poverty within the next 15 years. It is also at the heart of the Zero Hunger Challenge promoted by UN Secretary-General Ban Ki-moon.

Leading figures in the global fight against hunger gathered at the Milan Expo to celebrate World Food Day, marking the 70th anniversary of the foundation of FAO with appeals to speed up efforts to eradicate hunger and improve the way food is produced and consumed.
FAO Director-General José Graziano da Silva thanked the world’s farmers, fishers, forest workers and other food and agriculture workers for their contribution to the “amazing achievement” of increasing sustenance from all even as the world population tripled since 1945.

With around 800 million people still suffering from undernutrition, two big challenges lie ahead, he told assembled dignitaries, including the President of Italy, the President of Slovenia Borut Pahor, and Queen Letizia of Spain, who is FAO’s special ambassador for nutrition.

“First, we must quickly translate increases in food availability into better nutrition for all. Second, we must accelerate the shift of food production and consumption towards truly sustainable systems,” Graziano said.

“Good nutrition is one of the best sources of economic growth and it contributes to peace and stability,” he added.

Referring to this year’s World Food Day theme ‘Social protection and agriculture – breaking the cycle of rural poverty’, he noted that “production and economic growth alone do not solve the problem, if the hungry remain excluded. India, Brazil and Ethiopia and other countries show us that increasing the power of the very poor to buy food offers an affordable key to hunger eradication.”

“Industrialized countries did the same to end widespread hunger after World War II,” he noted. “The food stamps programme in the U.S. is one of the best examples.”

Social protection allows the hungry to “become empowered to escape hunger through their own efforts, thus lead dignified and productive lives,” he added.

“Hunger is more than a lack of food – it is a terrible injustice,” UN Secretary-General Ban Ki-moon said in his address. “We are here to build a global movement to end hunger. We have to forge new partnerships and create better ways of working.”

The UN Secretary-General emphasized the scale of food waste and loss, estimated as around a third of all the food produced globally. “People everywhere know that waste is a disgrace,” he said.

Pope Francis said in a message that hunger is due to both “iniquitous distribution of the fruits of the earth” and inadequate agricultural development, which he noted made FAO’s mandate more urgent than ever.

Francis warned that lofty ideals would not suffice as iniquitous distribution generates violence in one form or another. “Perhaps the real question is whether it is still even possible to conceive of a society in which resources are held by the few while the less favored are obliged to collect only crumbs,” he said.

Basic income supports can boost the resilience of the most vulnerable people and allow them to make better use of their meager resources, which in turn can allow everyone to understand the “proper meaning of the sustainable use of natural resources,” he said.

“Food and water are the universal language of human beings,” said President Sergio Mattarella of Italy, FAO’s home since 1951, said in his opening speech at World Food Day.

“Feeding the planet is inseparable from the word ‘peace’,” the president said. “Only joint action can assure food security and the sustainable use of natural resources. Unilateral action does not lead to success.”

Success in achieving the world’s new sustainable development goals- and becoming the Zero Hunger Generation – ultimately depends on all people and not just governments, Graziano da Silva said in offering praise for both the Charter of Milan and the EXPO fair’s food-centered theme. Individuals can celebrate World Food Day by making “personal commitments, for instance to eat healthily, cut food waste and help others,” he added.

[1] FAO. (2014) The State of Food Insecurity in the World, 2014. Food and Agriculture Organization of the United Nations.

[2] UN ECOSOC. (2007) Strengthening efforts to eradicate poverty and hunger, including through the global partnership for development. Geneva: United Nations Economic and Social Council.

[5] FAO. (Accessed July 2014) Right to Food: About Right to Food. Rome: Food and Agriculture Organization of the United Nations.