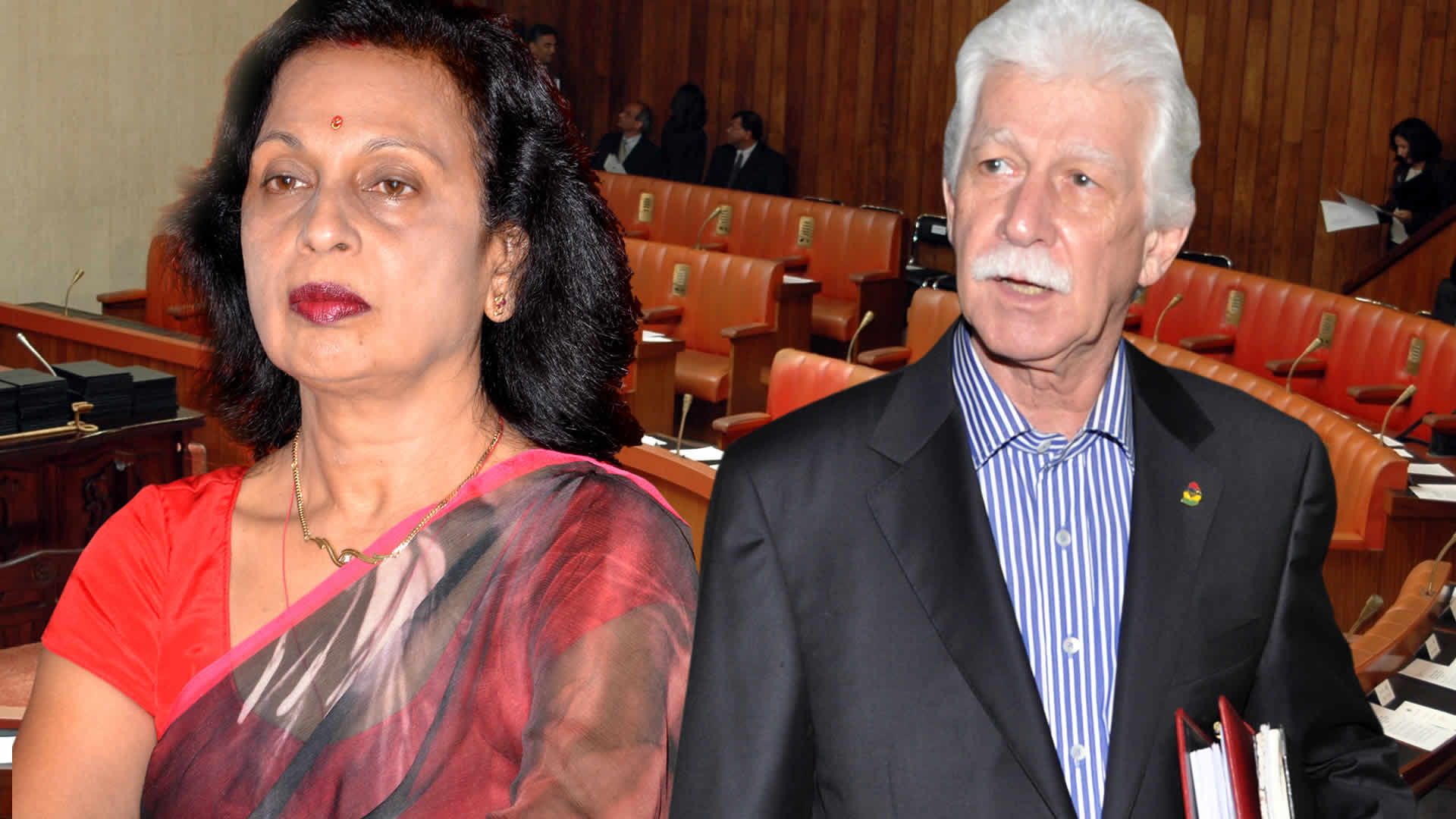 Following the recent shenanigans happening in what we call our National Assembly, I really am left wondering whether the politicians – the men and women who have taken the oath to lead and rule our country, the same people who have dedicated their lives to making our country a better place – are at all even remotely interested in leading by example?

Have they become so immersed in their roles as ministers, members of Parliament and public servants in general that they have momentarily forgotten that their fellow countrymen (i.e. Mauritian society) are watching from the side-lines?

More importantly than just generalising this into the ‘general public’, our youth are watching. Whether they actively take an interest in the world of politics or not, they are watching and learning inadvertently what is deemed to be ‘normal Mauritian behaviour’. More than just watching and laughing at the antics, because that is what they can be chalked up to, they are demonstrating similar behaviour and somehow this surprises everyone, how ill-mannered and rebellious the youth are nowadays. Don’t get me wrong, I am not blaming this solely on our politicians, but perhaps it’s time to realise that the youth do learn from their older counterparts and as of now, the older, supposedly wiser counterparts, are showing a very poor example indeed.

More than just a poor example, the lack of good governance we are attempting to instil in our youth will potentially create a pattern of vicious cycles when in 10 to 15 years’ time, the new leaders continue this unacceptable behaviour. What exactly are we trying to tell the youth of the country? What are we communicating to the leaders of tomorrow? That it’s ok to not only disrespect your fellow man and woman alike but that it’s ok to carry on in such a manner in what is deemed to be one of the highest offices of the land? What kind of example are we trying to give the youth of the country when we allow such poor behaviour to take place in the heart of our democracy? Not a very democratic lesson, that is for sure. Kind of a cruel, twisted paradox to fight so hard for, isn’t it?

The kneejerk reaction to this circumstance is always the same: the blame game. Shall we blame the shrewdness of MMM for wording the initial statement concerning the MBC like they did or shall we blame the Speaker of the House for her inability to control the members of parliament (in what is seemingly not the first incident like this) or shall we even blame her subsequent underlying anger which so apparently presented itself following the raucous? I wonder though, why is it that we need to blame someone solely for these happenings? Is the situation on a whole not the root of this entire problem, the fact that this kind of situation, this kind of show is put on for all the land to see? Politics has never been a flowers and butterflies kind of arena where we all show comradery and basic respect for our fellow politicians and human beings alike. But does it have to be so dirty and ugly and downright shameful too?

Perhaps it’s time for politicians to remember they are not out on the battlefields wielding bayonets and swords, determined to slay their enemies with a gash of the throat or one single pull of a trigger. When did politicians become such sworn enemies that parliamentary sessions began to resemble scenes out of epic mafia biopics?

Sadly, this show, this parade of egos and subsequent fight to demonstrate who is capable of throwing the bigger tantrum, is not the first of its kind and that is exactly why I say that it is time politicians remember who indeed is watching them as they continue to act in such a poor manner. I recall thinking and perhaps even saying this before, but Mauritian politics is in dire need of new, younger blood.

It has also become glaringly obvious that politicians will do whatever it takes to trip each other up and see to each other’s downfall all while the poor little Mauritian democracy sits in the corner like the neglected child crying out for some actual attention. Is that what we are teaching the youth is the key to getting ahead in life? Taking out your enemies with whatever means? Are we really sure we want the youth to know that in order to be heard in the Mauritian Parliament, you have to be the one who shouts the loudest and uses the most profanity? If that is how we are trying to groom tomorrow’s leaders then why have protocol at all when it comes to how to behave in the National Assembly?

Let the politicians stand on their benches and curse the Speaker as well as their fellow members of Parliament. Let whoever wants to shout and scream and distract the House from the actual important matters of the day which need to be tabled in order for our country to actually – let’s say – run! Because in all the fuss and drama that comes with members being expelled and regretful words uttered, we tend to forget that Parliament was suspended and whatever matters needed to be addressed now need to fall onto the following week. Very simply, this pettiness, has in fact wedged itself in the way of actual democratic progress.

The fundamental question of this entire matter is nothing more than how we expect the coming generations to act better than us, to improve on what we couldn’t, when we are failing to give them even a half decent example to go on. It is said that we need to learn from the mistakes made in the past in order for history not to repeat itself. Can we honestly say we are not setting the future leaders up for just as bad a failure democratically when this is the kind of manner in which our political leaders handle themselves? Perhaps it’s time for the youth to take it upon themselves to learn how things need to be done in order for actual change to take place in this country once and for all?