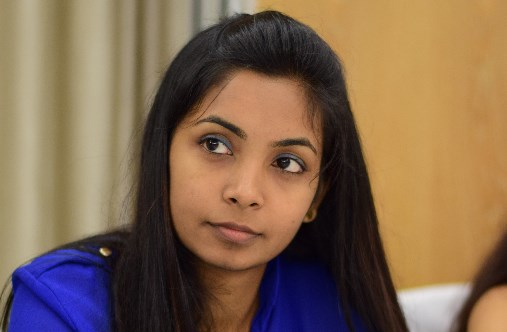 Good governance is a topic of growing concern both at the national and international level. In Ramrajya’s 7th chapter the author attempts to provide an overview of how political agents use and influence the concept of good governance to woo the electorate in order to gain votes. More so, it paints the picture of the Mauritian case in terms of what it is, should have been and would ultimately end up as a matter of fact; hence investigating whether this very concept will ever be concretized and establshed or will it remain a beautiful myth?

Conceptually, governance can be defined as the rule of the rulers, basically within a given set of rules.  In other words, governance is the process – by which authority is conferred on rulers, by which they make the rules; ultimately enforced and modified. Typically, good governance is defined in terms of the mechanisms thought to be needed to promote it. The five dimensions of good governance are public sector management, competitive private sector, structure of government, civil society participation and voice, and political accountability. This definition goes well beyond effective delivery of public services and goes well beyond the notion of “economic governance”.

As per the World Bank, governance is the manner in which power is exercised in the management of a country’s economic and social resource for development while conventional definition outlines the notion of development that underpins a strong pillar of what good governance should actually stand for.  This international institution therefore is using financial assistance as leverage to promote good governance in developing and less developed countries. The idea put forward by the author is basically questioning whether or not the whole process of encouraging good practices in any country through financial aid is a democratic practice. He draws our attention towards the fact that some of the world’s least cooperative country in good governance are from Africa and also forces us to reflect on significant questions of good governance being simply a cyclical concept and deliberately choosing not to do the right things first.

There are important questions that have direct bearing on the quality of Mauritian democratic governance. For a country that is often celebrated in the African continent for its excellent democratic and governance indices (WB indicators, Ibrahim Governance Index, Freedom House), Mauritius is far from being the picture perfect example as evidenced by the successive high profile corruption related events the recurrent wastage / mis-management of public funds detailed by the annual audit report as well as the growing culture of political patronage and cronyism causing many of the best Mauritian brains to migrate to greener pastures.

In fact, what is worrying is that the above mentioned features are becoming an integral part of the Mauritian setup where there is a deliberate collusion between the politicians, certain public servants and a section of the business world. Such a scenario crowds out the population who often has to pay a heavy price for the corruptive practices or incompetence of a small clique.

A first reading indicates essentially a supply –side governance framework which provides for the establishment of independent institutions to promote accountability and good governance principles. Furthermore, Mauritius along with the aging population problem also faces the excessively firm rooting of older politicians into the political process whilst discouraging youngsters to participate into same. The author finds that Mauritius faces the change of consistency and its ability to maintain it. However, it is worth noting that innovative ideas work best when past experiences are studied and taken into consideration; at the time of implementing the new ideas.

State legitimacy and good governance do not only depend on regular elections but a good functioning of institutions which articulate well with citizen engagement. Such articulation can help towards democratic consolidation and can contribute to making societies more cohesive and sustainable. Such societies are more likely to turn into poverty-free spaces and hence more just and fair. Ethical governance is central to all of this. Effective governance is obtained by going into the heart of all developmental processes within a country and having collective participation.

As such, democracy is not a precondition for good governance. As individuals, we should instead take up the responsibility collectively and get involved in the policy and accountability of government to bring about the change.