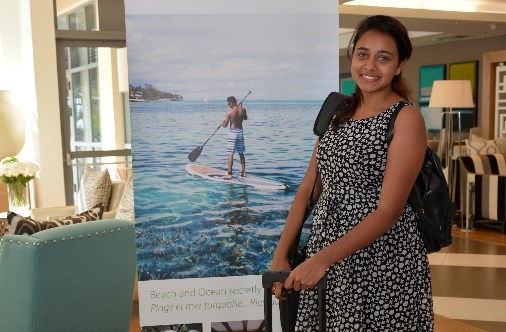 As the term suggests, good governance means governing the people in a way that the interests of the people of all sections are preserved rightfully.

A good and generous government is one where all the individuals, in today’s world say almost all the individual’s rights are protected and they feel that they are not discriminated from one another on the grounds of cast, creed, sex, race and religion. The simplest proof of good governance is found in a state or a country if poverty and illiteracy is absent. But we are all aware of the fact that poverty and illiteracy has not yet been diminished from the developing and underdeveloped countries.

As a matter of fact, poverty has not been diminished from the best developed countries of the world such as United States of America and Europe. Yes it is true that it is impossible to diminish all these problems in a day but a little bit of proper management can solve the problems to a great extent.

It is essential to clear one thing; the term “good governance” does not only signify the government of a country or state but it signifies proper governance in any organization or institution. Good governance should be present in families at the first place. The head of the family or the eldest member should be respect by all the other members and a proper code of conduct and decorum should be maintained so that the individuals are disciplined.

When an individual witnesses good governance in his or her family and in the school he or she studies or the company he or she works for. These individuals go ahead and govern the country if selected as the representative of the people. Good governance at these primary institutions helps the individual to turn out to be a disciplined human being as a result of which he or she is bound to follow the system of governing the country in a rightful manner. It is true that the government today at times is dependent on the selfish interests of the politicians but the citizens are also not free of faults.

Most of them are least interested in what goes on in the state and society and society and are only involved in their own daily routine activities. It is only when the government and the citizens join hands together that good governance in any state and country becomes possible. Democracy cannot flourish in the absence of good governance. The pre-condition for good governance is effective democratic institutions for democratizing the society. Improvement of the living standard of people cannot happen where people cannot participate in governance, human rights are not respected, information does not flow, and civil society and the judiciary are weak. What is corruption actually? It is an unethical method used by a person to gain advantage over others. Today, corruption is one of the greatest factors hindering development and stifling the realisation of democracy. Corruption affects the growth of a nation adversely. It reduces the Government’s income, and creates inequalities in distribution of income and wealth. Corruption affects a nation’s development, economically, socially and politically. Corruption may come in many forms, often in politics and sport. Politicians on a quite regular basis have been found guilty of corruption, as with sports persons. Politicians use unethical techniques to gain an advantage in an election, to gain more money, votes or to acquire gotten wealth. There is corruption in the police force, in law and order and even in the management of the Olympic Games. The infamous episode of match-fixing in cricket was also a case of corruption. Similar is the case with sportspersons caught using drugs. Corruption is caused mainly by the desires of power and want. Corruption creates a negative atmosphere. Detrimental corruption does not bring about any good, As Shakespeare said,” The best things corrupted become the worst.” Corruption begins at home. Parents use baits to make children listen to them.

Mauritius is often referred to for its economic success story. Many economists and other researchers have marveled at the spectacular transformation of the country, from a poor monocrop economy only a few decades ago, into a well diversified one, resilient enough to withstand the various shocks that the world is now facing. The Mauritian success story, he says, is not an accident, but the result of careful planning and policies, as well as an ‘exceptionally productive interaction’ between strong public sector and private sector institutions. It is difficult to say whether the Mauritian miracle can be attributed solely to good governance, but when contrasted with many other countries, including the highly developed ones, it is quite tempting to believe that this may well be the case.

And, for good corporate governance, we have accountability ; fairness ; transparency and Independence. But does Mauritius have all these factors working in its favour? The question is to be set.