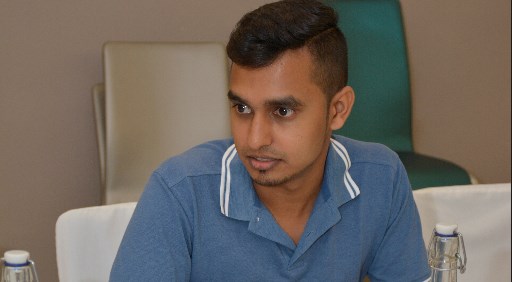 What does a NGO do? It represents the voice of those who cannot be heard, those who feel concerned about their situation in the society as well as in the country in general, those who wish to ‘warn’ the government about a situation amongst others. How do a NGO promote a nation to place their trust on it?

Good governance is a whole concept where we hear the terms transparency, accountability, honesty, politics, democracy… “Good governance is perhaps the single most important factor in eradicating poverty and promoting development”, Kofi Annan. Good governance’s objective should move away from the mainstream theories and include the people-the population needs to be incorporated in this process. The NGOs implement good governance through civil society actions focusing on empowerment. Good governance today plays a paramount role in the NGOs where money is involved, decision making processes, clear reporting lines, budget management and others. How is this implemented?

Some principles for good governance to be applied in a NGO are, inter-alia:

The type of empowerment and participation described in this partner agreement is different from just electoral participation. Participation is here used in order to obtain influence in the policies that affect them. By participating in the validation of development plans and budgeting, civil society may have a say or at least be able to express their views on the matters. One is that civil society may participate but after all it is the politicians who make the final decision. Even though civil society may have been consulted it does not necessarily imply that the final say appears to their advantage. Additionally, preparing a policy proposal every year does not equal the implementation or consideration of it. Another issue is the problem of reaching the very poor in society. People who have a hard time making a living are difficult to get to participate because political participation then is an extra aspect to deal with which does not make the highest priority. Participation of the civil society makes room for an informed and reflective section. Participation mechanisms can provide the opportunity for transparent feedback so local governments can hear from a broad diversity of people regularly. A related concept is consensus orientation –the process of establishing mutual understanding among diverse stakeholders about what is in the best interest of the whole community or society and the general direction for achieving that vision. Sustained good governance requires mediating different interests and establishing broad consensus in order for government and citizens to be able to take actions and the society to function without frequent conflict.

Transparency means that decisions, and their enforcement, follow established rules and regulations.

It also means that all people who will be affected by such decisions have access to easily understandable information– in local languages and accessible to illiterate and blind/deaf community members. Transparency means sharing information and acting in an open manner. It promotes access to information. Information, however, must be timely, relevant, accurate and complete for it to be used effectively such as through community radio. Transparency is also considered essential for controlling corruption in public life. Through public financial accountability and transparency, CSO and government can learn to more efficiently allocate resources. A lack of transparency can lead to inefficiencies and hinder development.

Transparency = The act of sharing information openly, that is, a characteristic of accountability.

Everyone has the right to freedom of opinion and expression; this right includes freedom to hold opinions without interference and to seek, receive and impart information and ideas through any media and regardless of frontiers– Article 19, UN Universal Declaration of Human Rights, 1948.

Governance, from the vantage point of both government and the governed, has always depended on control of information and access to it. Fostering sound public judgment through informed dialogue is central to good governance. To achieve this, governments and citizens depend on information, data analysis and distribution. Information truly is power when resources and access are at stake. And peoples’ ability to control and shape information and channels of distribution are important aspects of that power.

The NGO proposing any new laws or projects, should do so in an equitable manner which will eventually instill trust in the society. This can be done through proper setting up of laws and by-laws; involving the society to partake in these discussions and to allow them to have a say. A society’s wellbeing depends on ensuring that all its members feel that they have a stake in it, do not feel excluded from the mainstream, and therefore want to participate. This requires that all groups, but particularly the most vulnerable, have opportunities to improve or maintain their well-being. Everyone should feel concerned irrespective of his or her position in the social strata.

Accountability is a key requirement of good governance and constitutes the other side of participation. Accountability can take many forms, including accurate reporting of financial data, the publication of annual reports, and the responsible use of resources. One of the basic indicators of accountability within a group is its system of internal review and sharing findings as the NGO requires of beneficiaries. Who is accountable to whom varies depending on whether decisions or actions taken are internal or external to an organization or institution. In general, an organization or an institution is accountable to those who will be affected by its decisions or actions. Accountability cannot be enforced without transparency and the rule of law. Government institutions, the private sector and civil society organizations must be accountable to the public and to their institutional stakeholders about what they have done, will do or failed to do. Accountability requires both transparency and the rule of law. Accountability involves reciprocal and full exchange of information. For example, in the case of CSOs, an organization has a responsibility to share information with the Principles: Good governance is accountable, participatory, transparent, responsive, effective and efficient, equitable and inclusive and follows the rule of law. It assures that corruption is minimized, the views of minorities are taken into account and that the voices of the most vulnerable in society are heard in consensus oriented decision-making.

Another aspect of civic participation is holding public sector actors accountable. Both the private sector and civil society have a role as “watchdogs” to promote government accountability. Watchdogs are organizations or networks that monitor specific issues, share information with key stakeholders or the general public and engage government counterparts in constructive dialogue.