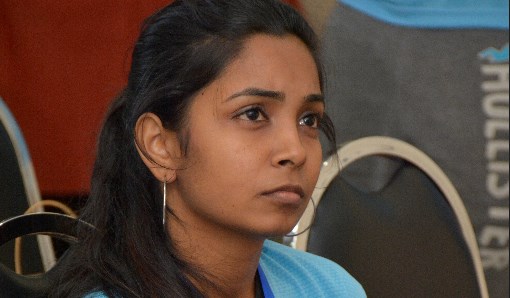 George provided an insight about how good governance prevails in the governmental system in his country, Japan. A country and its people needs laws, regulations and acts to influence its citizens’ codes of conduct positively. However, George explained that good governance can be practiced out of good faith and education of the population. People need to acknowledge and abide by the established rules, not because of fear of the system, but by holding on to their beliefs. In this way, showing trust to their own self brings as much trust and confidence into their judicial, governmental systems and civil society. However, as much as this argument is morally sound, it is debatable as to how can one rely only on their good faith so as not to indulge into actions going against the rules of law; since good faith, education and rules & regulations can be argued to be interlinked.

The Honorable Mr. Osman Mohammed, parliamentary member of the Opposition party explained about the practice of good governance in Mauritius. Owing to a well established welfare state and a good judiciary system where laws, acts and regulations have been catered for; Mr. Mohammed showed strong confidence in the Mauritian governmental system by quoting the Mo Ibrahim Index and Freedom Index. He also explained that the Mauritian government adheres to its rules of law supported by a strong judicial system, has in place independent bodies to promote accountability and good governance principles. There is no doubt that the democratic government literature for a fair bit of time emphasized the need to develop and instill independent and robust institutions. Mauritius did very well at that level and created a host of institutions whose independence and autonomy were constitutionally guaranteed. However, it is inevitable to ask how efficient and effective these institutions in discharging their duties and responsibilities are. It is high time that we move away from governance as a number crunching and institutional creating exercise to one which is about real accountability to citizen. After all, state legitimacy and good governance do not depend only on regular elections but a functioning of institutions which articulate well with citizen engagement.

The intervention of Mr. R. Appayah was very stimulating in the sense that it touched the core issues that are actually crippling the Mauritian institutions. Mauritius is far from being the picture perfect example as evidenced by the successive high profile corruption related events as well as the growing patronage and cronyism causing many of the Mauritian brains to mitigate to greener pastures; clearly pointing that the country is currently undergoing bad governance where corruption cases are coming to surface and there is a lack of effective rules of law to remedy the situation. Moreover, the fact that there is a deliberate collusion between politicians, certain public servants and a section of the business world; it is crowding out the population who often has to pay a heavy price for the corruptive practices or in-competences of a small clique. It is of paramount importance to find an answer as to how to change the rhetoric around transparency and accountability into meaningful and tangible actions.