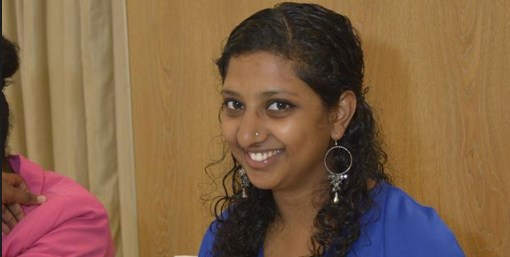 Simply put: taking actions, making decisions and allocating resources for the good of society. Policy makers and decision makers come together to try to find solutions for the good of everyone.

I believe we all can be role models on good governance and lead the way to higher levels: corporate level, economic level or political level.

Sarah­Leigh Elago, international delegate from Namibia, spoke about many things and briefly mentioned the education in her country. I was very stunned by this topic, as she mentioned that education was not free in Namibia. She said there were protest for free education and that it recently got implemented, as I believe should be. In The Netherlands you ​have to​go to school until the age of 18, or if you have accomplished certain level. Education is a fundamental human right and no child should be denied, even if they or their parents cannot afford it. It’s the country’s responsibility to invest in a well educated nation.

Osman Mohamed, Member of Parliament, started with a story:

A he was very impressed. He asked: “what is your salary and how come you have such a beautiful house?” Then the minister from country A opened up the window and asked: “you see the road over there?” The answer was “yes”. “See, when it was built a lot of money went into building that road and some of it came over here. That is how my house is so beautiful.”

Right after the story the Member of Parliament assured us that this is not the case in Mauritius. Yet over and over again corruption is a topic which keeps on coming back and politics is being referred to as a dirty game. ICAC (International Comission Against Corruption) and YAC (Youth Agaist Corruption) are active in Mauritius. If corruption was not the case in Mauritius, why are such bodies needed in the first place? I believe such bodies are needed for several reasons on short term, such as doing research on corruption, be the place to be to report cases of corruption and spread awareness. On the long term they can definitely make a change: more awareness, less corruption and maybe even no corruption at all.

There happens to be a fine line between political funding and bribery: it’s the 200,000 MRU mark. But it’s hard to point out when it’s actually bribery or when it’s political funding. I believe there is nothing wrong in supporting a political party. If they represent what you stand for, it’s only logic. But for many it’s also very logical to expect a favour in return for a big amount like 200,000 MRU. On one hand I do understand, it’s a big amount sothe giver may want worth his money. Even though I understand, I do not agree or support this. Because it is bribery and it’s wrong, very wrong.

A question came from the audience: “If we are in need of a Ministry of Good Governance, do you think we have bad governance?” Osman Mohamed said very frankly, “yes”. I really respect his honesty. Admitting there is a problem is the first step to solve it. The next step would be taking action. With the Good Governance & Integrity Bill the first step in taking action has been set. I believe Mauritius might be an example for other countries which are suffering from bad governance.

On the way to the Mauritian Youth Parliament we already spoke on the subject, the discussion continued at the session. The discussion was about if voluntarism should be free or if there should be at least some sort of incentive. I strongly support voluntarism, but in life there are some things I will not do for free. In my case that’s whatever is linked to my studies. I didn’t go to

school for over 20 years to fulfill my profession for free. I study Communications, so whenever the task is to do social media management, social media strategy or design websites I would like to get the recognition and some sort of incentive. For voluntary work not related to my profession I don’t mind doing it for free.

Safety was a topic not discussed during the Mauritian Youth Parliament session on good governance, but since it concerns The Netherlands and Europe at the very moment I would like to add this as an extra topic. Currently the safety situation in Europe is very instable. We have to face two major problems: ISIS and the refugees from Syria. I will continue on the topic of the refugees from Syria in The Netherlands. Whether the way things are being handled these days is yet to be proven good or bad governance.

From humanitarian point of view I believe that we should help people in need, but as a Dutch citizen I understand the fears that come with taking in the refugees. Many refugees enter Europe without passports or other legal documents, sometimes we literally don’t know who we are dealing with. Many children died on the way to a better and safer life, and I don’t think that any parent would take the risk of losing their child if the situation wasn’t bad enough.

We give them all the basics they need: shelter, food and clothes. On a longer term even education. But is it worth feeling unsafe? The feeling of unsafety comes from the fear of the unknown. There are just too many question marks. As I said before, it’s debatable if this is good or bad governance.