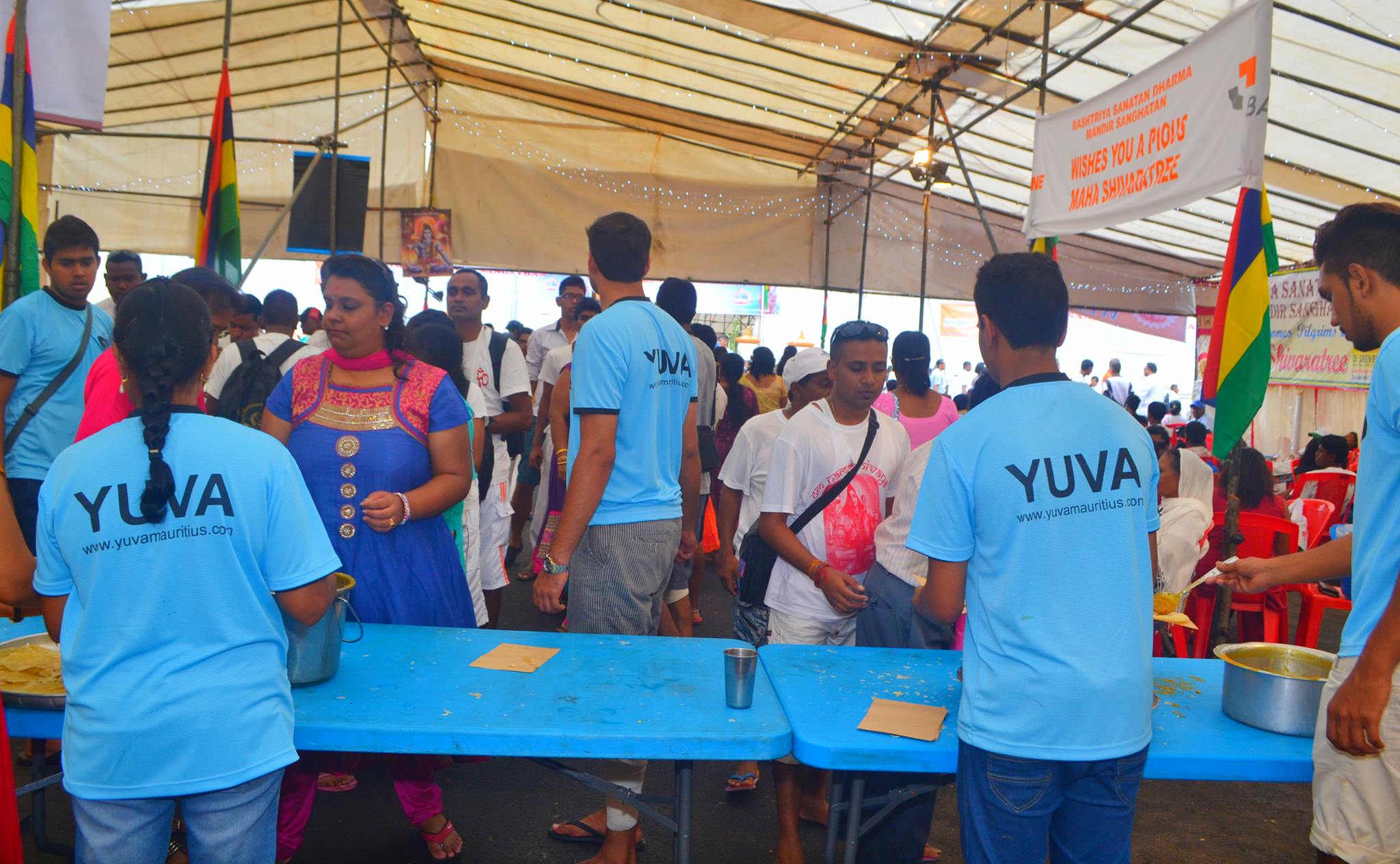 YUVA wishes to announce that it will be conducting free food distribution on a full time basis for four consecutive days, from 21-24 February 2017 at Grand Bassin on the occasion of Maha Shivaratri.

We request Mauritians to donate (in-kind or cash) and/or help (as a volunteer) our non-religious, non-profit organisation to make this initiative a success. By contributing to this programme you feel strongly about as a donor/volunteer and engaging creatively with the shape, form and impact of the project, you ensure that a generation of young people never looks back on the possibilities of how they can create positive change and unity.

YUVA’s bank details are as follows:

For further information on how you can donate and/or help, call on 57086868 or email at info@yuvamauritius.com.

Observed this year on 24th of February, Maha Shivaratri is celebrated in a wide variety of ways in different countries where Hinduism is practised, but all are concerned with marking the marriage of Lord Shiva to Parvati. It is a very important Hindu festival and it is suggested that some 300,000 pilgrims celebrate Maha Shivaratri in Mauritius. It involves fasting, praying and making offerings to Lord Shiva and can start up to a month before the actual day.

In Mauritius, all Hindus are also required to walk to the lake at Grand Bassin, called Ganga Talao (or Lake Ganges). Depending on where they live, pilgrims will start walking to Grand Bassin several days before. They are usually dressed in white and may carry a kanwar, a bamboo frame decorated with flowers, bells, statues, etc, varying in size from small personal ones to large ones (from temples) on wheels, pulled along by a number of young men. Once they get to Ganga Talao the pilgrims say prayers and make offerings of food to Shiva, and the other gods represented there. After they have finished at Grand Bassin the pilgrims return home and may spend the night at the temple making offerings and saying prayers (puja).

The crater lake at Grand Bassin was discovered in 1897 by Pandit Gosain Naipual, a priest from Terre Rouge. He dreamt that a holy lake existed in Mauritius and set out to find it, which he did soon after. As people began to find out about the lake, pilgrims started to walk there as part of their celebration for Maha Shivaratri. Much more recently holy water from the Ganges was brought to Mauritius and was poured into the lake, making it even more sacred. At this festival the pilgrims take sacred water from the lake back to the house or temple to pour it over a symbolic statue of Shiva (the Lingum).

2 thoughts on “Donate for Maha Shivaratri 2017”