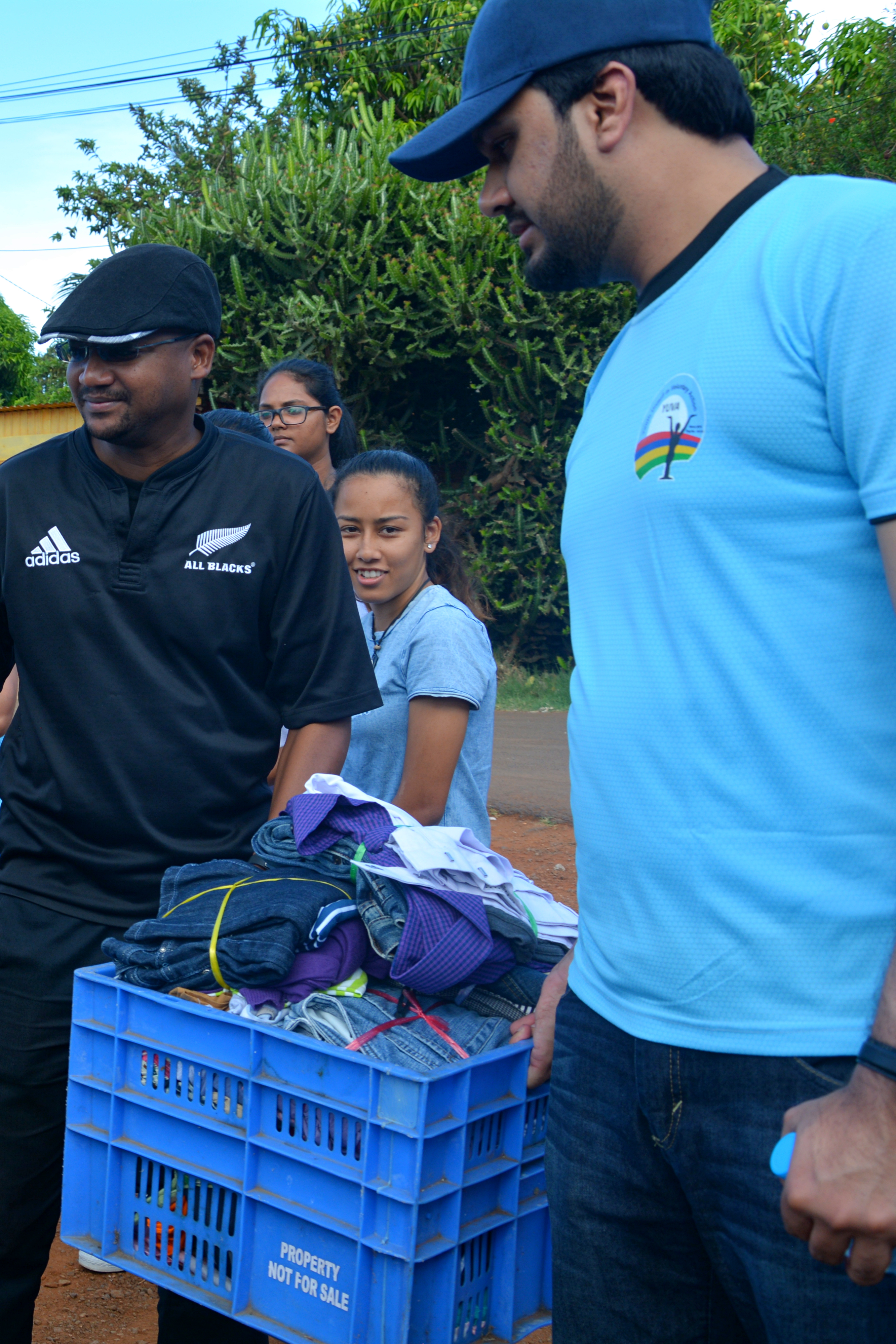 The mere sight of one who lacks; one who struggles to attain basic human survival necessities that most perceive as insignificant, is indeed for the strong at heart. After taking part in voluntary donation activities over the years in different parts of my home country, Botswana, I had assumed my visit to Longere Tole, Baie Du Tombeau with the YUVA team would be one like any other. My desire to sign up as a delegate for the 2017 Global Social Leader Forum was sparked by standing a chance to see and experience living conditions of Mauritian disadvantaged communities; but never for a second had I imagined the dire living conditions some of the locals are forced to endure, day in-day out.

Upon our arrival, only one word could describe my emotions at first glance, “disheartened”. Surrounded by well-built houses and facilities; there lays an informal settlement with “house like” structures made from corrugated iron sheets; some painted and some evidently old and dilapidated. To think that an area such as this exists in a place that I’ve gotten to know as “paradise on earth-Mauritius” took a while to register in my mind until we were all asked to leave the vehicles we came in. After being introduced to some of the community representatives, each delegate was then assigned households to approach and donate clothes that had been well sorted and separated. As we walked through the households, holding back tears became a battle just witnessing living conditions these families are forced to live under. An incident worth noting as we walked through the narrow, “dog poo” infested paths was when a crippled elderly woman was unable to open her shack door to receive her donations. I could not help but wonder how the poor lady survives through her days in such an area.

As a young volunteer and aspiring entrepreneur, I strive to see change taking place in the lives of families and individuals alike, everywhere I go; however, such aspirations can never be achieved as just one man, it requires a team effort and benchmarking. Although for only half a day, YUVA made it possible for me to identify areas of human struggle that I have come to wonder if, I as a native of Botswana have been looking past amongst my own nation; areas that I too, with the help of others, can make a difference in. Through observational learning, I managed to pick up tips on how to better approach similar situations when I return home.