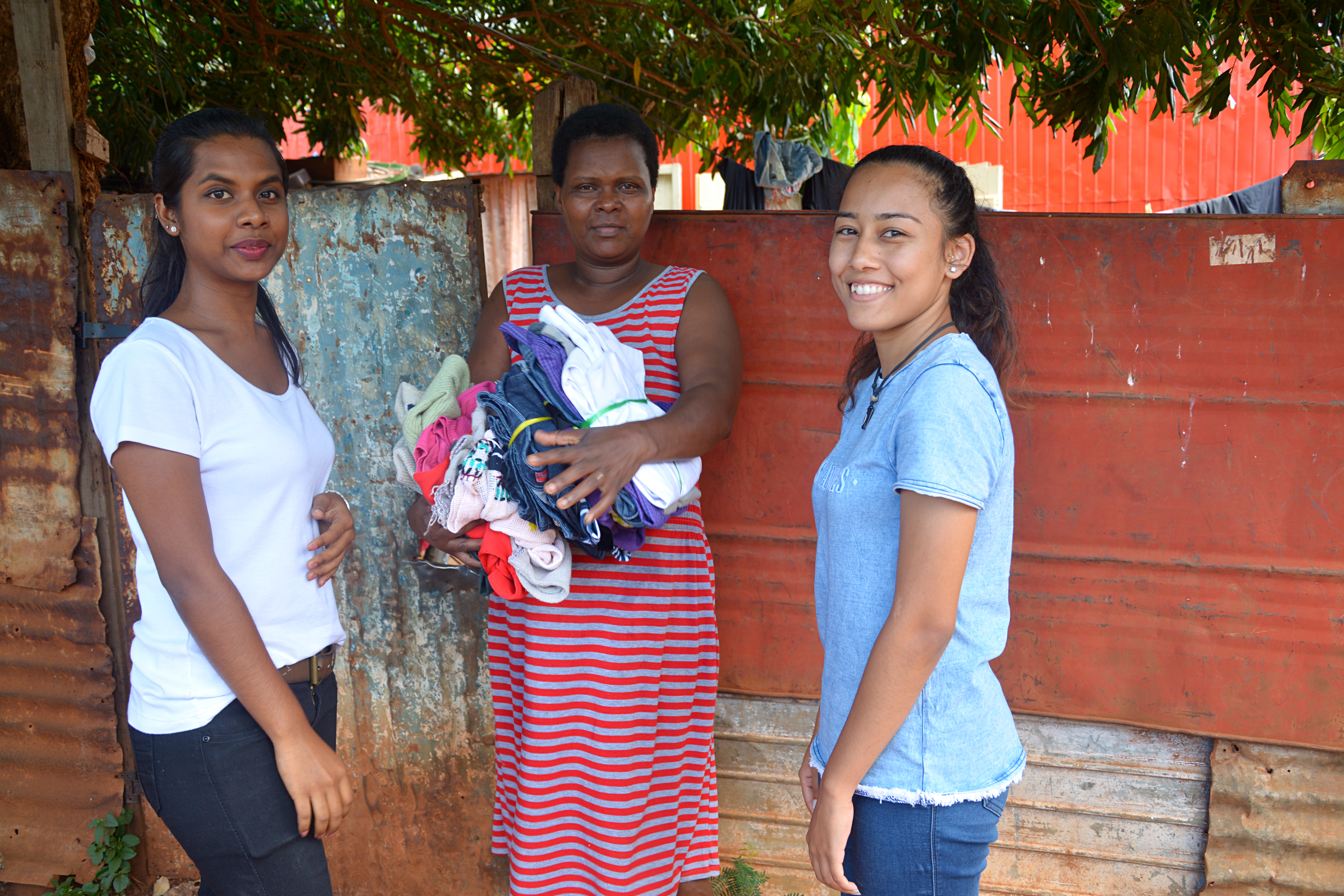 The scorching sun, the muddy ground and the rusty iron sheets ensured that I was fully conscious and felt every single step that I was taking while walking through that side of Mauritius that has been censored out from the postcards, for years now. We were smiling, but so were they. Except the fact that, they knew how to smile with the least they had, and we are always looking for “more”.

Some mothers their babies in their arms welcomed us with a faded smile while others had their young ones around them, and opened their arms to hold the few pieces of clothes that were being held to them. Innocent and pure little ones were running around, covered with soil dirt, moving around like they couldn’t even see the rocks that were all around the place as well as all the other harmful obstacles around them. While I was thinking to myself: this is dangerous and so not hygienic, even extremely injurious, all they could see was, a playground.

With a bit of reluctance, they smiled back at us, most of them thanked us, and some even gave their blessings. They weren’t the most friendly but they accepted and our presence which was more than enough. Although they didn’t speak much, or should I say speak at all, it felt like they were screaming silently and begging to just have a proper life, to be able to live decently, and be given and treated with the same honor, and respect that every single being on this Earth deserves to be treated with.

When I had just arrived there, I felt stupid for having chosen to wear white shoes as they were going to get “dirty” but after seeing the faces of those little kids who’ve never had the comfort about which I am always complaining about, I felt a quiver in my heart. I knew they deserved so much more.

Do those young souls even have proper shoes to wear? Do they even have a proper bed to sleep on? How do they deal with the climatic changes? How do they sleep under those iron sheets in this harsh summer? Do those sheets leak during heavy rainfalls? What about cyclones? Are they fine with surviving like this?

The helplessness of those human beings could be felt. Nevertheless, I was also confused by the fact that some of those families had invested in buying “not so cheap” TV satellites and sound systems. However, this doesn’t eliminate the fact that the people there deserved better, like everyone else and they unquestionably needed help.

Donating those clothes to them not only showed that they needed it but also proved that little things do matter. Learnt today: what we often take for granted, to some misfortunes, is like an unfulfilled dream. The tiniest things that we do, the least actions we take, we never know how that might brighten up someone’s day, or world or life and I am only one step away from making a huge impact.