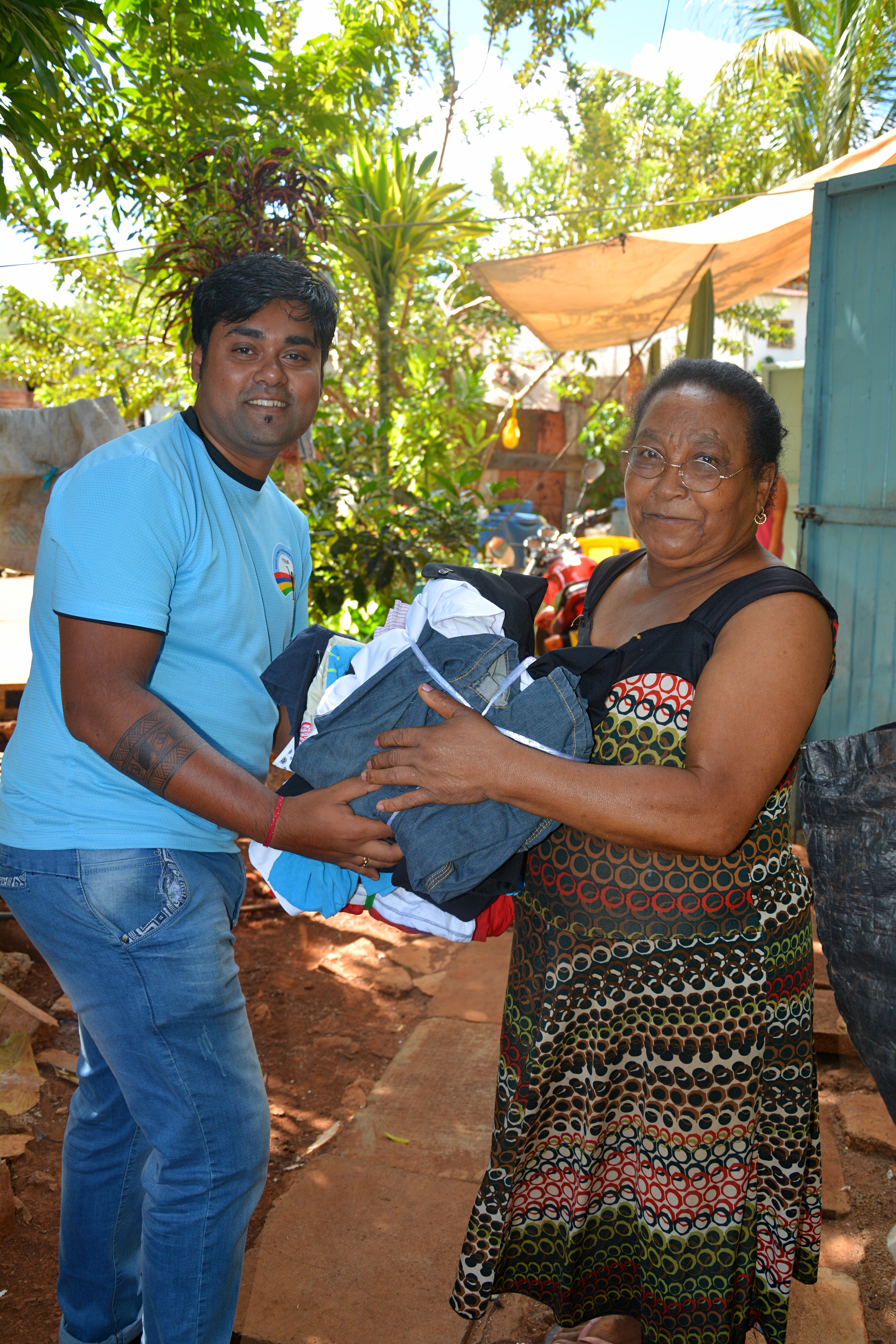 YUVA, an NGO headed by Mr. Krishna Athal, organised a social event at Longère Tole, Baie Du Tombeau, being one of the disadvantaged regions in Mauritius, on the 10th December 2017. The activity consisted mainly to distribute collected clothes to families in need, and to have an overview of the state and way of living of the individuals over there. We had to move house per house to visit the families.

The team consisted of the executive director Mr. Athal, YUVANs and delegates from Pakistan and South Africa participating in a social forum on leadership. In addition, there were some residents who collaborated and participated actively to make the event successful; without forgetting the valuable contribution of some field volunteers.

Arriving there, a dreadful and unexpected scene could be observed; very far from what we all know as Mauritius being a ‘paradise island’. Concerning the environmental and infrastructural descriptions of the location, all the houses were in a very bad state, consisting mainly of iron sheets showing advanced stages of rusting and corrosion. Houses were small with no ventilation, had negligible architectural resources and represented overcrowded accommodation. Toilets were rare in that particular region which implies very poor sanitation, improper disposal of wastes and highly unhygienic conditions.

Individuals there hardly had technological advances. They face totally different challenges and problems. Simple luxuries are out of their reach. They are simply poverty-stricken people who live on the breadline, as they have barely enough money to survive. During the interactive activity, it was noted that some of the residents were reluctant on what was being asked or said to them, and were always alert; no doubt due to their living conditions and media influences!

Problems faced by the residents included flooding during heavy rainfall, pests such as rats and mosquitoes, and increased risks of air-borne communicable diseases due to poor ventilation. Unemployment, lack of academic expertise and educational facilities, social exclusion and alienation were also noted.

From my personal experience, these are few things I learnt from this social event, but which I believe has had a great impact in shaping my personality and way of perceiving things. To start with, I learnt how a well elaborated and organized event is prepared, executed and implemented under the guidance of experts, with prior planning pertaining to legal frameworks, without ethical issues or violating human rights. Furthermore, I learnt that with effective teamwork, any activity undertaken can be successful and reliably completed. As we say: “Individually we are one drop, but together we are an ocean”. Also, on a purely personal ground, I realized that we have to be happy with what we possess. We do have food, clothing and shelter, while others, at this very moment, are still struggling to attain these basic needs of life. There are some people with nothing who still manage to smile.