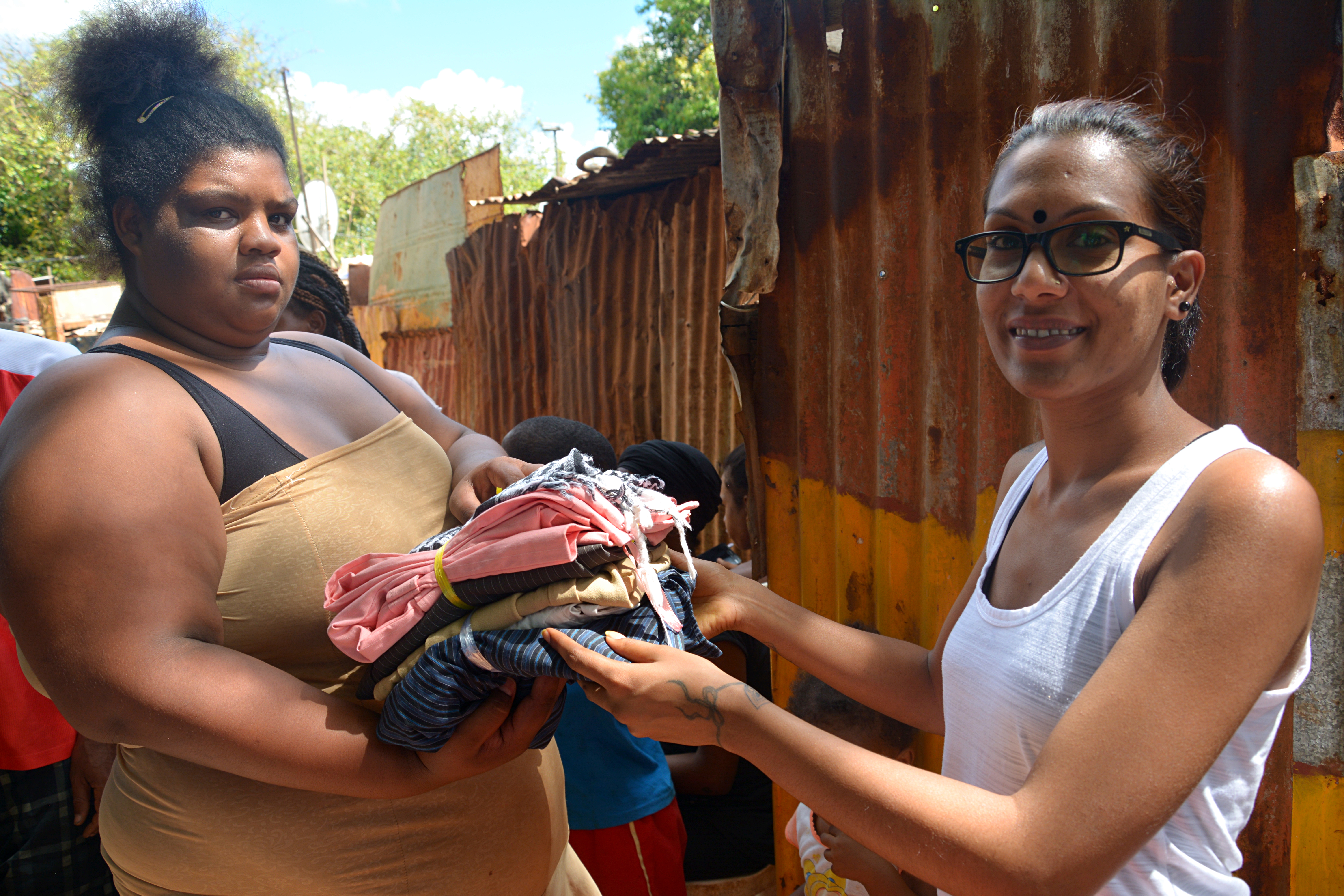 Being a delegate of the Global Social Leader Forum 2017, I felt that we received a warm welcome from YUVANS.

We first visited Longère Tole found Baie du Tombeau for clothes donation. After the clothes donation, we returned back to the YUVA, where we were looked after by Mr. Rose and Mr. Gift. While, the Executive Director, Mr. Athal was preparing things for the delegates, we were introduced to two new activities. It was fun doing the two activities. We were then debriefed by Mr. Athal and we each shared our experiences in Longère Tole found Baie du Tombeau.

Despite living in Mauritius for 25 years, this Sunday 10th December 2017 was my first time visiting a place like Longère Tole found Baie du Tombeau.

I was shocked and overwhelmed of the way the people there lived. They live under the poverty line. We could see children running around playing. Some of these children were toddlers who were wearing nothing else apart from their diapers. The houses were built with rusted iron sheets which also had holes in them. The houses were like only with a bedroom, kitchen and toilet and bathroom. All the houses were pretty close to each other. We could find malnourished dogs. The place was very unhygienic. It was smelly.

I knew that we had poor people in Mauritius, but I did not know that we had people who were poor to that extent and who were surviving in these conditions. Seeing the way people live in Longère Tole made me realise that I had a quite luxurious life despite the ups and downs that my parents encountered in the past. I always got everything I want. Even now I get each and everything I want; while the habitants of Longère Tole do not have the very basics, like good housing, good clothing, a good and hygienic environment and perhaps foods too.

While questioning the Executive director of YUVA, Mr. Athal, we learned that they do the clothes donation almost every month. We also learned that not everyone is allowed to enter that particular region. The habitants like to be among themselves. They trust a very small amount of strangers.

YUVA is doing an amazing job for these people. I found that donating clothes to these people is a remarkable piece of work. It was satisfying seeing the smiles of gratitude on the faces of these people when they were receiving the donated clothes. We were even blessed by a lady who said “Merci beaucoup. Bondié pou done zot beaucoup plis ki sa.” Which means “Thank you very much; God will give you much more than that.”

I felt satisfied being with the YUVANS during the clothes donation. You are doing a great job. Big thumbs up to YUVA.