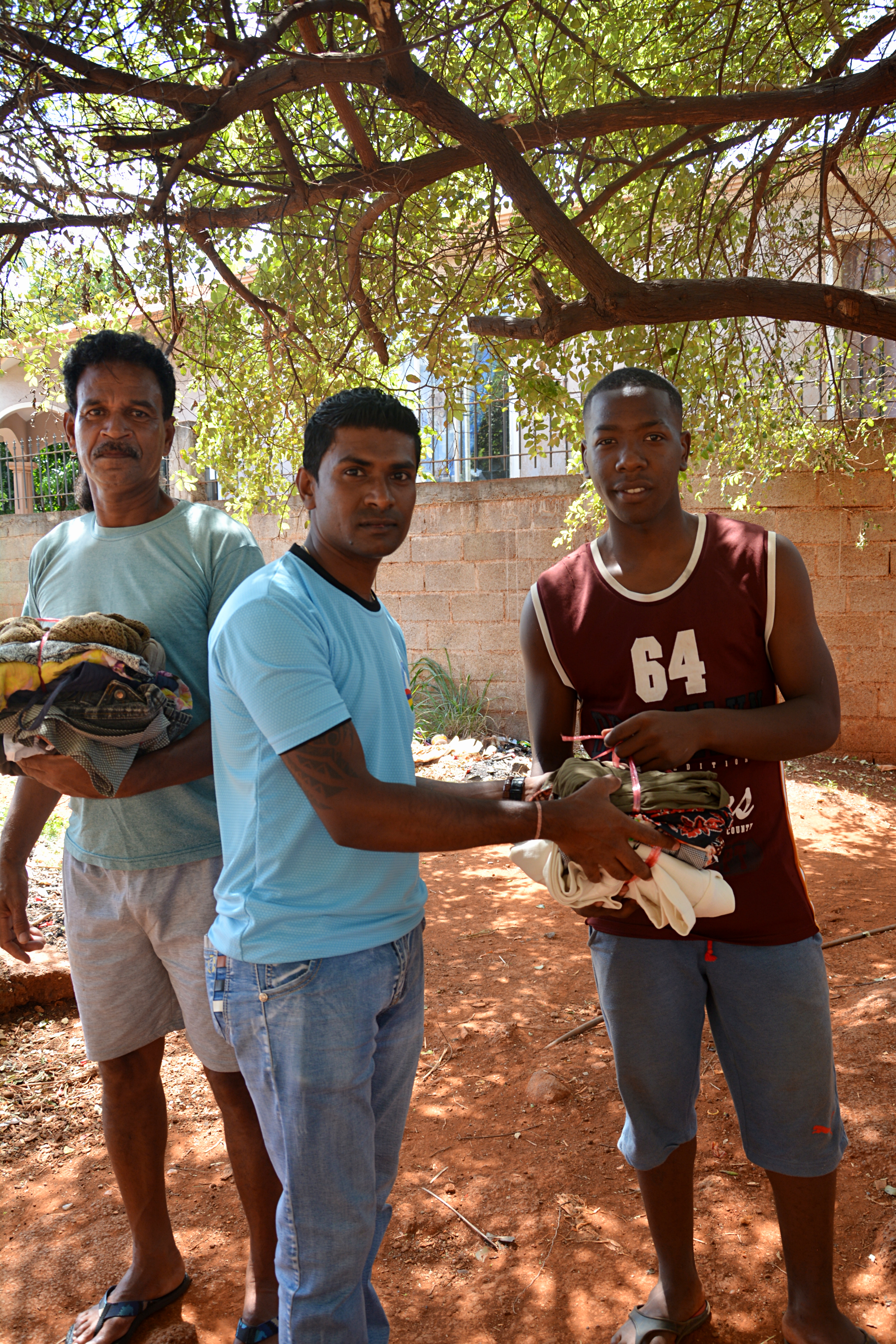 Basically, it is said that life in a village is not as fast as it in the city. It is most peaceful, calm and quiet. Today, being a volunteer of the social group YUVA, I have got the opportunity to visit a village at Tombeau Bay, in the west part of Mauritius.

Despite being a Mauritian, it is the first time that I have seen the other facet of the society where people are living below the poverty line. This experience shocked me and really touched my heart. It is said that a human has several needs to satisfy and one of the basic human need is clothes. And today our main purpose to visit the village was to distribute clothes to vulnerable people. Behind the scene, lots of preparations were done by the volunteers in the group 1) to identify those people who are in need of the clothes and 2) to pack the clothes for men, women and children separately for the distribution purpose. These clothes were received mainly from common people and some associations.

Upon reaching the village, we were welcomed by a member of the social group who happens to live in that village. She gave us a brief overview of the village and provided us with some protocols to follow while visiting the vulnerable families. Settlement over there is quite backward. Despite great progress in other parts of the Island, the pace of development to reduce poverty in that village is very slow.

Nearly all the houses were made up of old and rusted metal sheets. Some of the houses were in such a poor state that it is not even practical to live in and can break down easily. One can wonder the difficulties these people must be facing during heavy rainfall and cyclones. As we moved ahead, we pointed out that the houses were constructed so close to each other that there no road, only a narrow soil path. All along the way, stinking smell struck our noses and toilets were kept in an improper manner. Household wastes were kept in the open air and covered dustbins were seen nowhere. What we can conclude here is that there is a lack of hygiene and poor sanitation in the village which at the end might cause diseases. Besides, lots of strayed dogs can be seen.

Regarding the folks living there, some were quite open and friendly to us whereas quite a few were reluctant and were scared to approach us. Looking at the condition of the houses and their surroundings, most of the people look like they are either self-employed or unemployed. Many little kids were roaming around with dirty and torn clothes and I felt very disappointed to see our future adults are living is such susceptible conditions. Even if I do not know them personally, I have tried to talk with a few and got to know the miseries they are going through. The fact that they do not have the same facilities as those from a wealthier family, I have developed empathy for them.

In my opinion, proper education should be given to the children so as they do not face the same problem that their parents are currently facing. And for this to be realistic, awell-plannedd sensitisation campaign needs to be done. Last but not the least, being a social worker, our role is to shield vulnerable people, develop relationships and where possible help families to stay together with a proper nutrition and also support these people to enable them to live a happy life as possible.