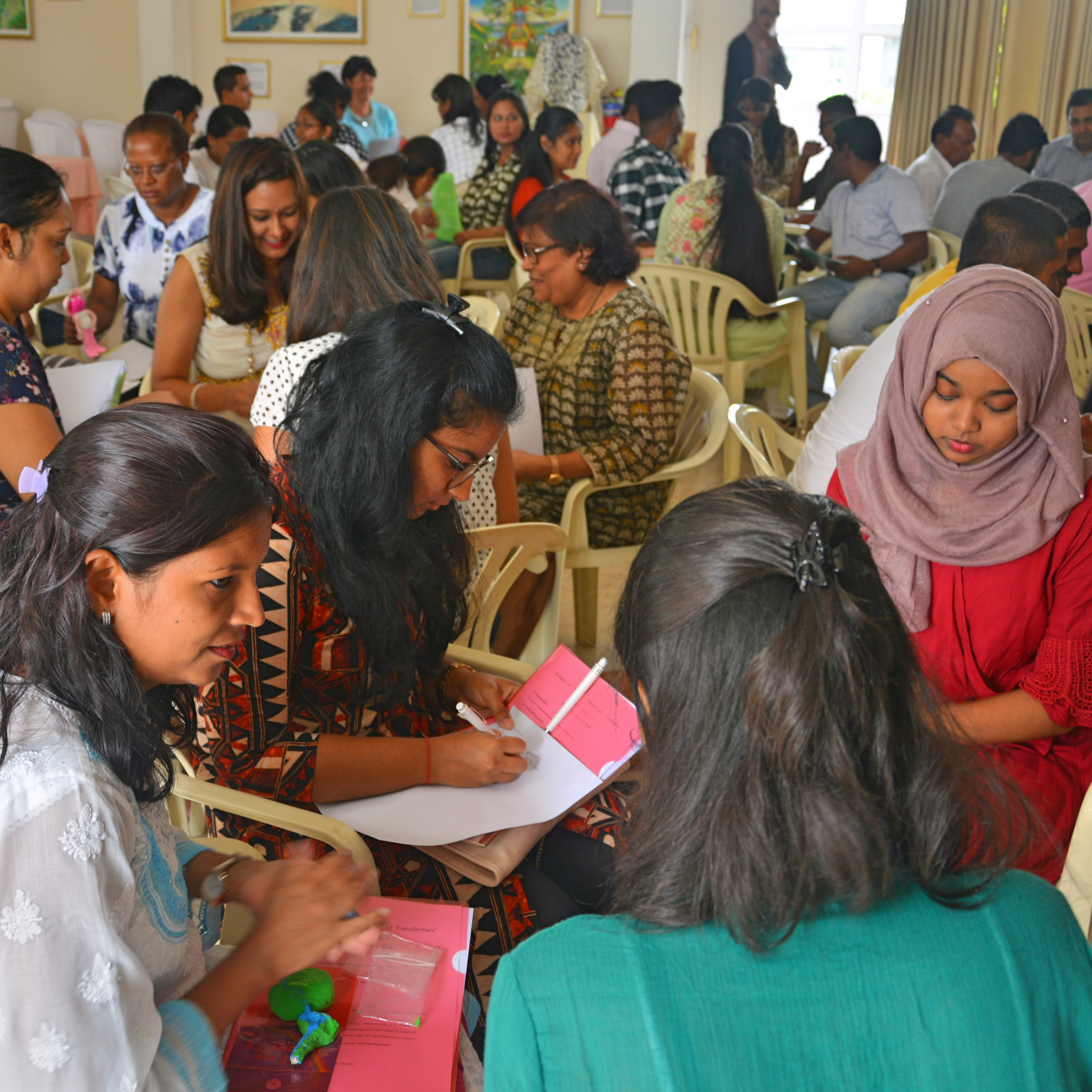 We are living in one of the most exciting and challenging times in the history of the world. Social, economic, political and ecological systems appear to be breaking down and there is much uncertainty about the future. If we want to live in a more peaceful, happy, healthy and prosperous world, there needs to be a radical shift in our consciousness.

On Sunday 27 January 2019, the Brahma Kumaris Global Peace House organised a programme entitled ‘Movers, Shakers & Transformers’, with the aim to promote dialogue on a new uplifting dimension of leadership, as a way to pay tribute to the Founding Father of the Brahma Kumaris organisation. He was a great visionary, ‘–‘ and a game changer in the history of the world. Around 125 aspiring leaders attended the event and actively participated in the programme.

The programme started with a welcome address, introducing participants to the schedule of , followed by a candle lighting ceremony, where were invited to participate. Thereafter, the girls of Brahma Kumaris paid salutations to Brahma Putra through on the song ‘ Brahmaputra’. Afterwards, participants observed a few minutes of silent reflection on the day’s theme; ‘Movers, Shakers and Transformers’.

Moving on, Mr Krishna Athal conducted an activity based workshop on leadership that aimed to prompt participants to reflect deeply on the concept of leadership and to share their thoughts and perspectives with others, therefore making attendees realise that there is no one specific way of being a leader.

Next, participants viewed a video clip of a member of the Brahma Kumaris explaining the importance of connecting with our inner self and the Brahma Kumaris’ concept of spirituality.  This was followed by a keynote address by Sister Gaitree, Coordinator of Brahma Kumaris Port Louis and North region, who touched on how the organisation reached its current state of being women-led and promoting peace.

Thereafter, a discussion on leadership ensued and the panelists consisted of Mrs Justice Ah Foon Chui Yew Cheong, a retired Judge of the Supreme Court of Mauritius; Mr Krishna Athal, Founder and Executive Director of YUVA; Mr Roshan Hassamal, Journalist of MBC TV and Radio News Anchor and TV Host. The discussion was moderated by Reedha Rajendra , Lecturer in Child Development and Chairman of the Pour l’Enfance Terre de Paix.

Mrs Cheong highlighted from her long years of experience as judge, the importance of values, like respect and patience that should be exercised by a leader. On the other hand, Mr Hassamal advised that in order to be able to lead, one first has to make their bed every morning, an important practice that develops one into a leader. Mr Athal talked about how his love for the discipline exercised by soldiers and members of the army led him to found one of the most active youth-led NGOs in Mauritius, YUVA, with the aim to form the youth in leadership as a way to lead the country to prosperity and growth.

The programme concluded after lunch by a vote of thanks by Sister Marie-Lise How Fok Cheung, followed by a few minutes of meditation and blessings.

Dance items as part of the ceremony: