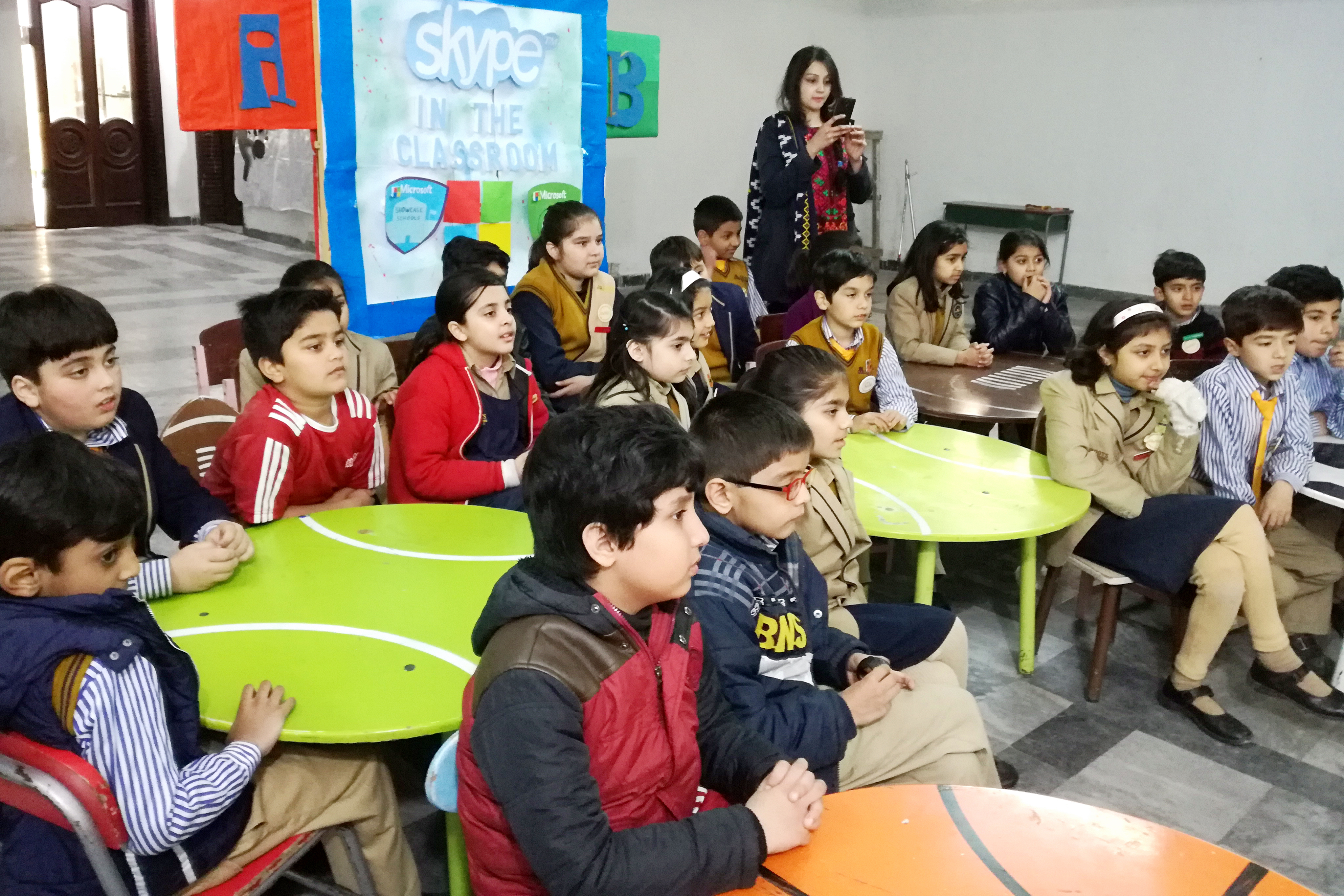 Children are assets with young inquisitive open minds who, if allowed, can play a dynamic role in global affairs. But they are most often constrained and restrained to a small sphere of knowledge and blinded to the outside world.

YUVA believes that every child in the world, far and wide, has the right to interaction all across the horizon in this age of internet access.

Henceforth, to celebrate the online literacy week 2019, YUVA along with the Roots International School (Bloomsbury) in Pakistan participated in an educational activity on 28 February 2019 where members of YUVA indulged in storytelling activities along with a few guessing games to empower the young Einsteins.

The story of ‘Hans in Luck’ by Brothers Grimm was narrated to them in which Hans believed that everything that happened to him was lucky, to say, in a way it indeed was! This story discusses optimism, of righteousness and a world of sheer content which is reflective of a child’s mindset. But, in contrast, this story also makes the children question the world and its derogatory ways.

The aim of this story telling was to make them stand on a point where they could synchronise their innocence to the crooked ways of the society and be the torchbearers of humanity!

To wrap up the session, these bundles of energy were made to exercise by testing their general knowledge about their nation. Members of YUVA with the help of the school staff, made the children run to different sides of the room, designated as A and B, to answer multiple choice answer questions of different genres.

Finally, with a quote from the story, we bid adieu to the young audience!

So happy I roam,

All the world is my home;

Then who so blythe, so merry as I?”