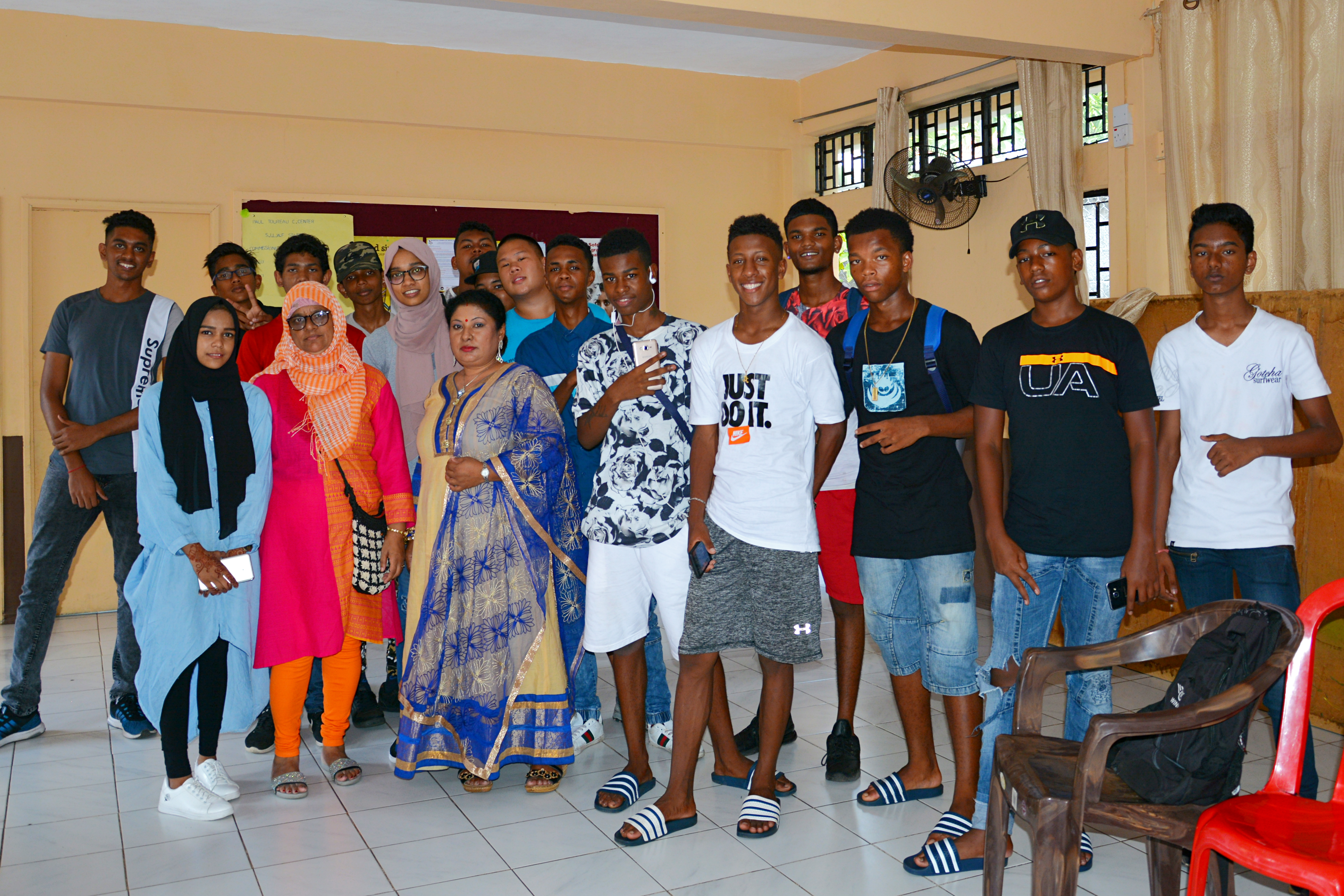 On Monday, 18 March 2019, 15 students from the Mauritius Institute of Training and Development (MITD) were introduced to the Student Leadership Programme (SLP) delivered by trainers of the YUVA Academy.

This first session took place at the Paul Tourreau Community Centre. The students were aged between 16 and 17 and were mainly from the fields of housekeeping and electric work. Although they lacked the know-how on the topic, they were zealous to learn and utilise the knowledge and skills to be gained from the programme in their professional careers as well as personal lives.

YUVA trainers began the session with a quick round of informal introduction. Students presented themselves to their classmates and the trainers, briefly talking about their backgrounds, future aspirations and giving their personal views on the concept of leadership.

This was followed by an initiation of the topic of leadership and a detailing of the agenda of the programme, its contents and theme.  The vibrant meaning of ‘leadership’ was contemplated by the students, guided by the trainers. Some took it in the light of ‘A chief who guides his people’, while others understood in terms of ‘A teacher who leads his/her students’. They were made to reflect on the different leaders they know of or have come across in their own lives. Additionally, they were made to ponder upon the different whys of acquiring leadership traits.

This activity helped the students to get immersed in the varied values of leadership, mingle with each other as well as the trainers and gave them a feel of the coming sessions. It also helped the trainers to actively participate and become a part of the group of students and to comprehend the personal determinations of each individual.

By the end of this first session, the students had amalgamated well with each other as well as the trainers. They were enthusiastic to know more about the process of developing leadership skills and how this would impact their lives and the world in which they live. This marked a good start to the second cohort of the Student Leadership Programme among the students of MITD.