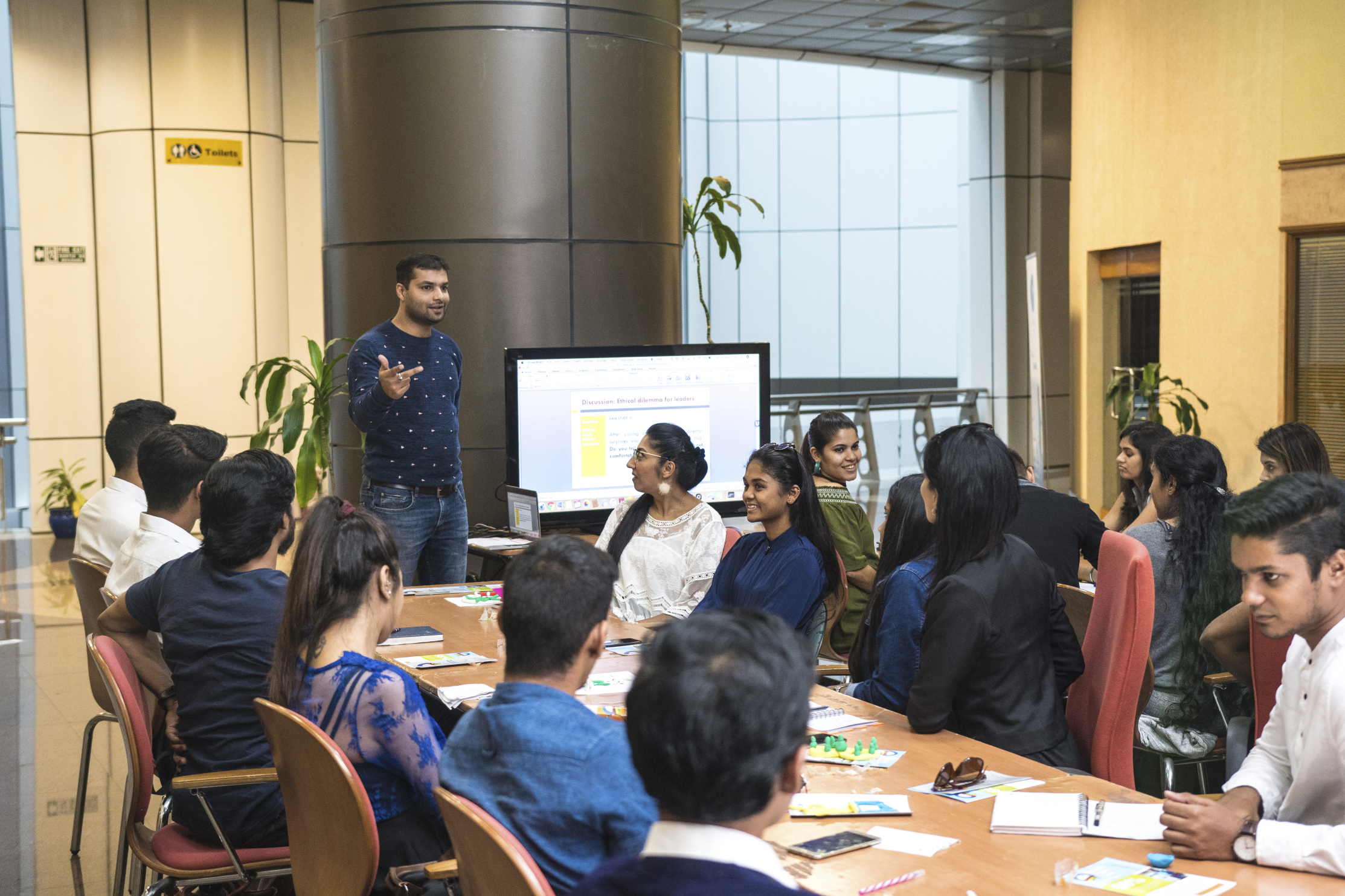 On Saturday, May 25 2019, the School of Leadership and Development of YUVA Academy conducted a leadership training with candidates of Mr, Miss and Mrs India Worldwide Mauritius 2019 in Cybertower, Ebene. The training lasted for about 6 hours.

Leadership does not depend on one’s position but on one’s skills. Apart from being a leader of a team, individuals should also be able to lead themselves. The aim of the workshop was to improve the participants’ leadership skills and help them to present their best selves at the final of the pageant.

The workshop started with an ice-breaking session of self-introduction. Participants introduced themselves and the reasons for attending the workshop and answered different questions that revealed much of their personalities. For example, ‘If you can become an animal, which animal do you want to be and why?’ When a participant was asked which movie she wanted to experience, she was hesitant and did not know how to answer. However, with others’ encouragement, she finally gave her own answer. Ice-breaking is such an activity that encourages individuals to talk openly and creates a friendly environment. The self-introduction session ended in a cheerful atmosphere.

The next session was on free thinking, where participants were asked to think about leadership qualities. Participants formed pairs with candidates they had never talked to before. Each participant received colourful modelling clay and was asked to discuss with their partner about the shape of leadership, which they then moulded the clay into. After that they presented their shape to everyone else and explained the meaning behind choosing that shape. The participants made a variety of different shapes, such as a heart and a flower, and these shapes revealed their various understanding of the concept of leadership.

The workshop proceeded with a session on the differences between “good leadership” and “bad leadership”. Participants were divided into two groups to discuss about these two types of leadership and each group was prompted to list the qualities of each type of leadership.

The final session of the workshop focused on ethical dilemmas. Participants were made to analyse different case studies of possible situations that could arise in the workplace that put in question the ethics of a leader. Participants had to think about their own behaviour in each of the case studies. These case studies presented ethical dilemmas which revealed the different approaches that the participants would adopt as individual leaders. This exercise was a test of the whole day’s training.