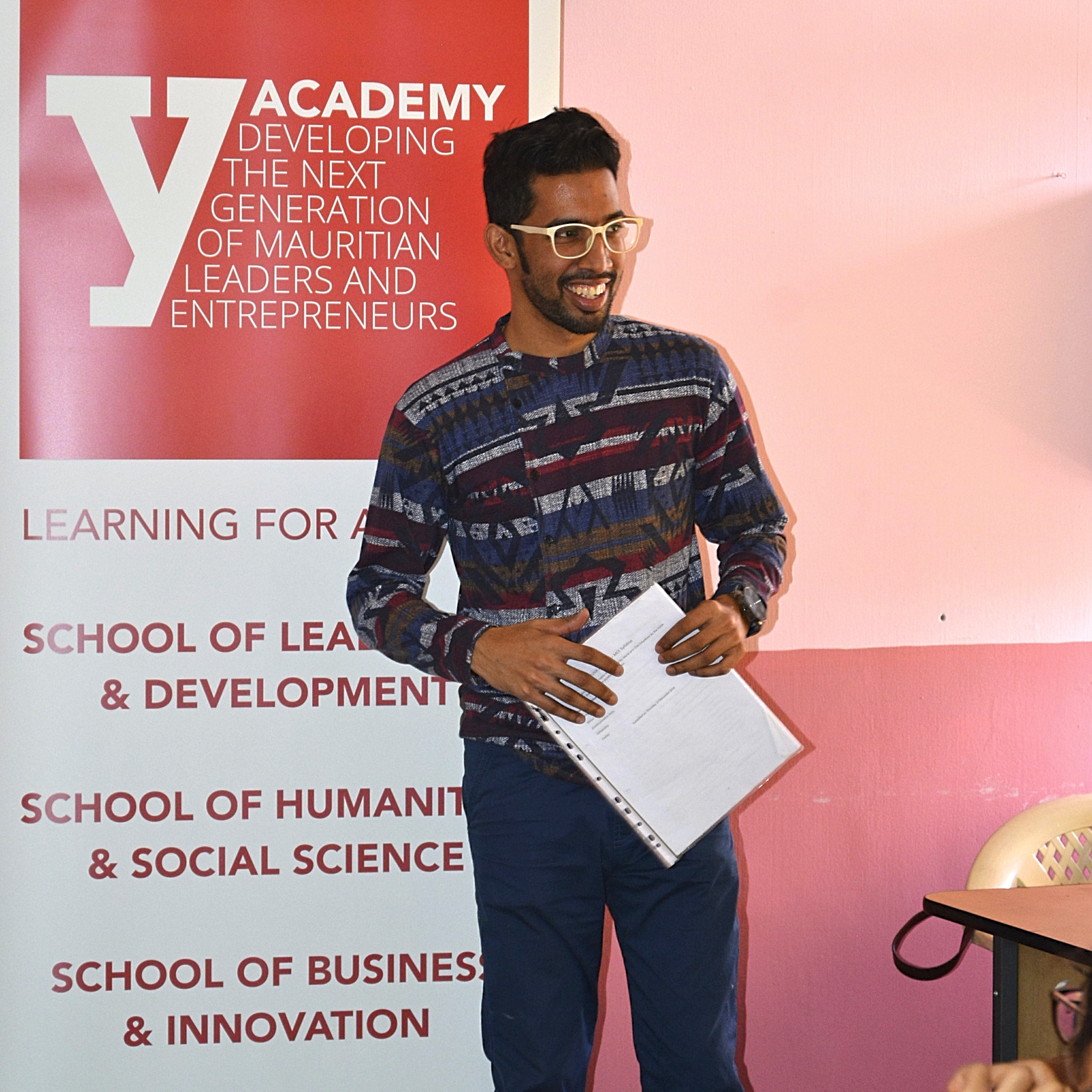 Today, on Tuesday the 11th of June, a dedicated team at YUVA conducted training on moral and civic education with 40 students of Grade 10 at Pailles State Secondary School (Girls).

The “Moral and Civic Education” training programme is an initiative by the YUVA Academy designed to inculcate in fellow young Mauritians values and virtues of a civic and proactive life.  It is of utmost importance to instil in the youth life skills that will greatly contribute to all aspects of their holistic development. Civic education is invaluable in the Mauritian society as only by understanding their roles and responsibilities are citizens empowered to protect democracy.

The principal subject matter for this first session was “Ethics”. Questions like “what do you understand by ethics”, “give examples of ethics or morality” were asked. While very few understood ‘ethics’ in its accurate definition, the majority struggled with their responses.

The importance of values in everyday life and the distinction between innate and acquired values were also thoroughly described to the students. Moreover, moral virtues leading to ethical behaviour were explained to them. Notions of respect, humility, love, integrity, perseverance, courage, honesty amongst others were also expounded in simple and comprehensible terms.

Following the theoretical part of the session, the students were requested to participate in a role-play activity during which they gathered themselves into groups of six and seven and created a scenario based on the themes discussed during the session. To dispel any doubt on the topic, the trainers roamed around the classroom and interacted with each group getting to know them better and to elaborate further on the different themes.

While some were very eager to perform in front of the whole class, others were quite shy and reluctant to act but eventually gave in when they got the encouragement of the trainers and their classmates. Themes such as: caring for others, integrity, perseverance, responsibility, respect and commitment were allocated.

One group particularly stood out. They had to show their understanding of ‘Responsibility’ and one of them played the character of an irresponsible daughter lying to her parents and teachers about her school work, and the other members of the group scolded her and she was awarded a zero mark by her teacher for failing to submit her homework.

By the end of this first session, the trainers were all impressed by the excitement of the girls and how they seemed to be at ease. All of the students were looking forward to learn more in the next session.