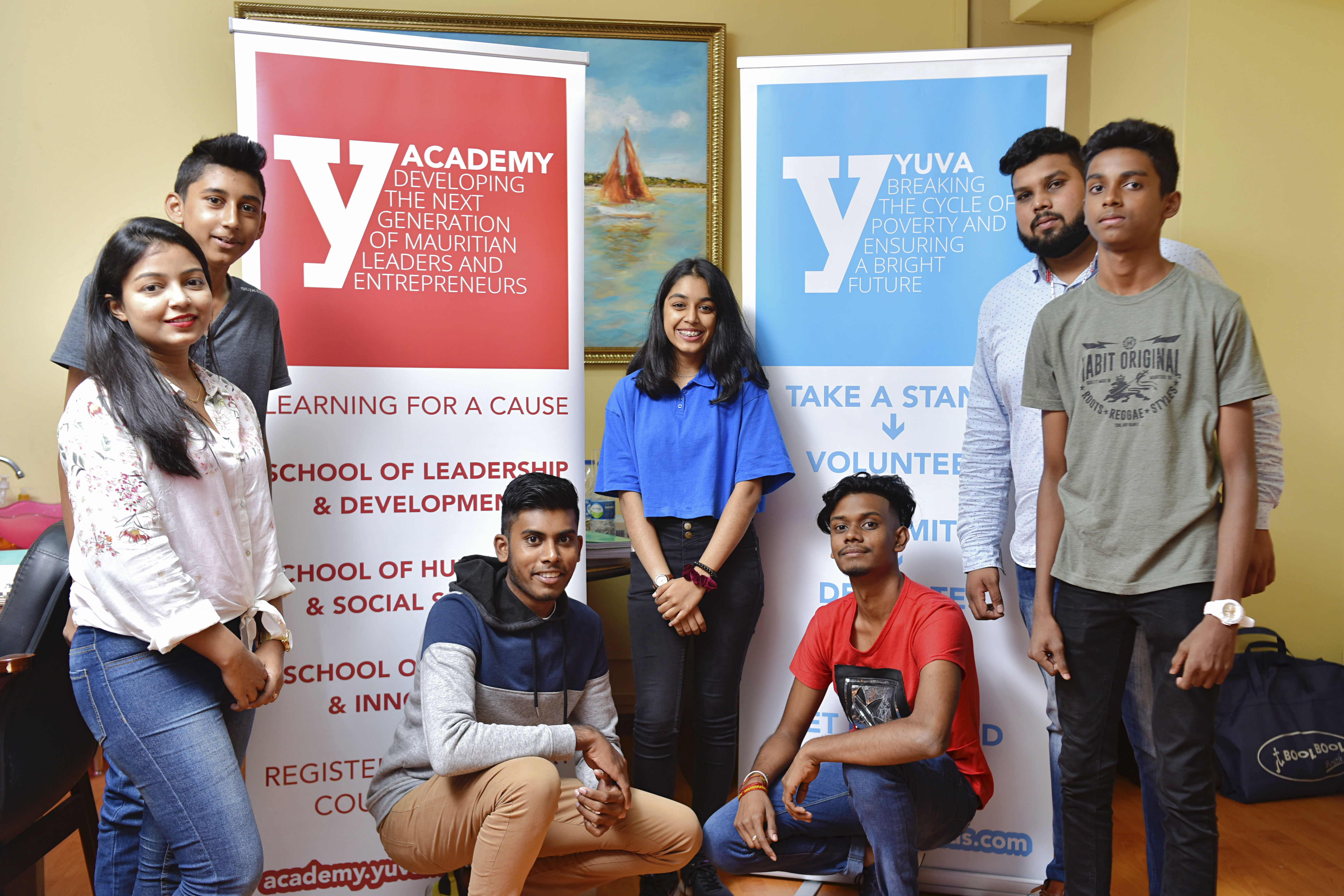 Very committed to its mission of making Mauritian youth the leaders and innovators of tomorrow, YUVA will participate, for the second time, in the FIRST Global Challenge 2019, the Robotics Olympic Games, which will be held in Dubai in October.

Aged 14 to 18 years old, our young participants, Anushree Luchooa from the Droopnath Ramphul State College, Tanversingh Juwheer from the Goodlands State Secondary School (Boys), Taran Dhani Varun from the Mauritius Institute of Training and Development (MITD), Devesh Takoor from the Sir Leckraz Teelock State Secondary School and Lurvish Polodoo from the Royal College Port Louis have only two months to build their robot before flying to Dubai for the FIRST Global Challenge 2019.

Enthusiasm and motivation are at the centre of our young robotics fans, who consider this competition as an opportunity to make Mauritius proud and to show the world their skills. The FIRST Global Challenge is an international contest that takes place each year in a different country. It gathers together young people who are passionate about robotics and challenges them to work on solutions to one of the 14 major engineering themes identified by the National Academy of Engineering. The aim is to encourage young people to participate in solving the biggest challenges of our planet and also to be interested in the field of robotics, which is constantly evolving.

For 15-year old Anushree, the FIRST Global Challenge is a familiar competition for her. She describes it as a very particular and enriching experience. Indeed, this young girl who has reached the semi-finals last year before the elimination of her team by Teams Romania, Singapore and China, explains that the competition has allowed her to take a greater interest to the problems that the world is facing.

“It has allowed me to get more involved in the problems that people face in my country. I will keep expressing my creativity through innovation and the development of new machines that can facilitate and improve people’s lives. I also want to promote STEM education among young girls because I think we are under-represented in scientific fields,” she adds.

Tanveersingh and Taran, both aged 14 years old, will be competing for the first time this year. Despite their young age and the scope of the competition, they do not forget a second to express their happiness and excitement to take part in the contest.

“I’m very happy. Since I was a child, I have always dreamed of being able to participate in this kind of competition. I look forward to it. I will represent Mauritius and show the world that my country has little geeks too – young and promising people who will revolutionise robotics and change the world through the application of sciences,” says Taran.

The same goes for Tanveersingh who wants to open an engineering vocational school later to train young people who are not interested in academic studies in robotics.

“I would like to motivate young people to study in the field of technology because this will help to reduce the unemployment of young graduates while ensuring their professional integration”, says Tanveersingh.

Moreover, Devesh, a resident of Flacq and Lurvish, a resident of the South of Mauritius, both consider the contest as an initiative that engages youth to address some of the greatest challenges facing our century.

“Our elders are often forgetting that we are the hope of the future. Such initiatives are very rare. Even at school, we do not often have the resources available to express our creativity. With this competition, we would like to remind the national authorities about their commitment towards youth. It’s time to take youth seriously. Our mission will not be just about winning the competition but also to have a positive impact. The aim is to become agents of social change by applying sciences and technologies,” the two young men say.

Meanwhile, our five young participants plan on working very hard and achieving academic success to contribute to their country’s development – which ultimately is the philosophy of YUVA.

“Our commitment to youth through the YUVA Academy is to provide young people with the necessary tools and technical knowledge so they can succeed in life and motivate others in the social change processes in our country and, as an extension, in the African continent. It is our responsibility to empower young people to become the leaders and innovators of tomorrow able to work together for the success of the African continent,” says Krishna Athal, YUVA Executive Director.