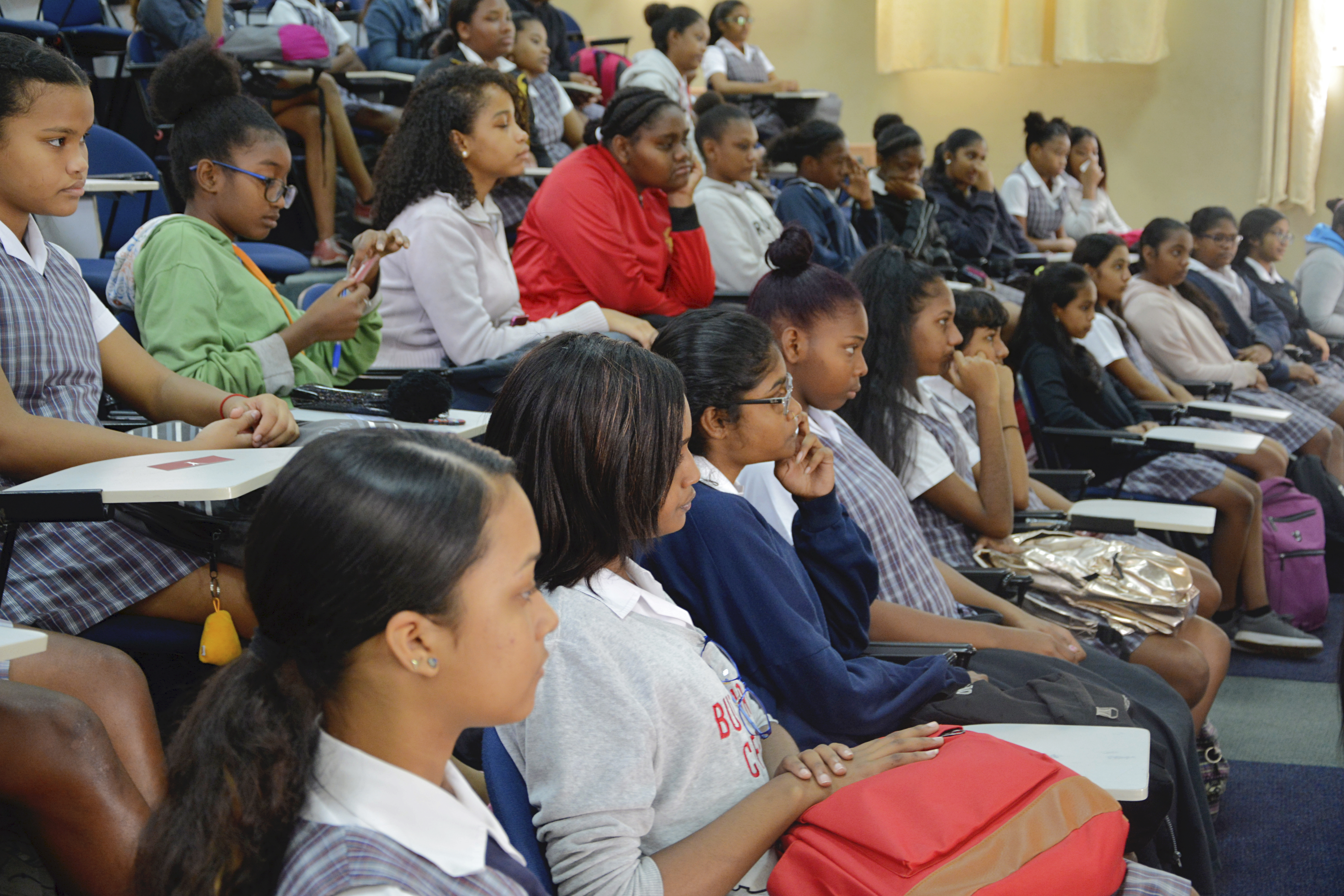 The session opened with an introduction of the students before getting to the first topic of the day, which was ‘Respect’. Mr Padayachy talked about the respect of the self and the respect of others. During this part of the session, the students were a little shy to participate, so Mr Padayachy had a little chat with them to make them feel at ease. They were asked about where they live and at what time they reach school in the morning. After that, the students felt more comfortable to speak out during the rest of the session.

In the second part of the session, Mr Padayachy spoke about ‘Education and Career’. The dream jobs of the students varied from doctors to teachers, including lawyers, managers, police officers, attorneys, entrepreneurs and so many other fascinating professions. The students were given some advice on how they could excel in their studies. First, they were advised to read a lot and to develop what Mr Padayachy called “the taste of books”. Then, while sharing his own experiences, Mr Padayachy insisted on the fact that education is the key to success. His aim through sharing his experiences was to make the students realise the real importance of education and it was a success, as all the students were captivated by his speech.

When the third topic of the day was introduced, that is ‘Values’, the atmosphere in the lecture room became more sensitive. Through this part of his speech, Mr Padayachy was able to encourage the students to let down their guards which resulted in some shed tears, both from Mr Padayachy and some students. Indeed, most of the students demonstrated a lack of self-confidence but Mr Padayachy encouraged them to see the best in themselves and to ignore others’ criticisms. This was a precious moment which the YUVA team, Mr Padayachy and the students shared together.

The last subject matter of the day was ‘Ethics’. The students were given an exercise which consisted of reflecting on a real-life situation where they have found a bag full of money on a seat in the bus which had been left behind and they had to make a decision on what they should do with it. This exercise was given to help the students make the difference between good and bad manners. As expected, the students showed adequate ethics by saying that they would seek all possible and plausible means to return the bag to its owner.

Finally, the session ended up with all the students’ clenched fists up to show their motivation to study hard and some empowering words from Mr Padayachy, which were “Believe in yourself”. These words triggered slight happiness on the students’ faces as the training ended.