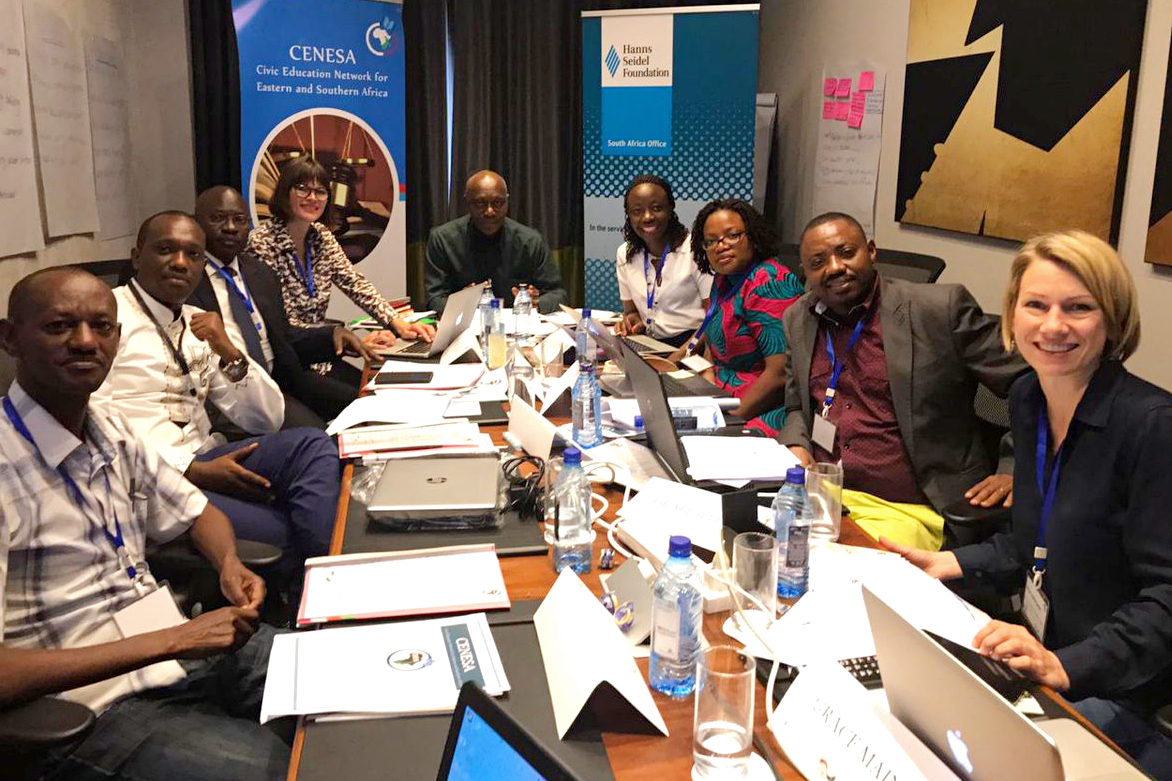 YUVA is thrilled to announce that YUVA Academy has been admitted to the Civic Education Network for Eastern and Southern Africa (CENESA) by the Interim Steering Committee seating on the 31st of July 2019 in Nairobi, Kenya.

The Resolution to set up CENESA was adopted at the Eastern African Civic Education Forum in Entebbe, Uganda. In the course of the Forum, it became evident that consistent connectivity between Eastern and Southern Africa was lacking. There was thus a need for a platform that enables civic education and youth empowerment organisations across the sub-continent connect, collaborate and cooperate with each other.

An Interim Steering Committee (ISC) was appointed to spearhead the creation and formalisation of the Network. It is made up of representatives working on democracy and civic education in Malawi, South Africa, Rwanda, Burundi, Tanzania and Uganda who double as the country-specific focal points. The ISC will be expanded to include other countries not represented within the region.

The Founding organisations are:

The Founding Partners are:

YUVA thanks CENESA for the trust it has put in us to promote CENESA’s vision about civic education.