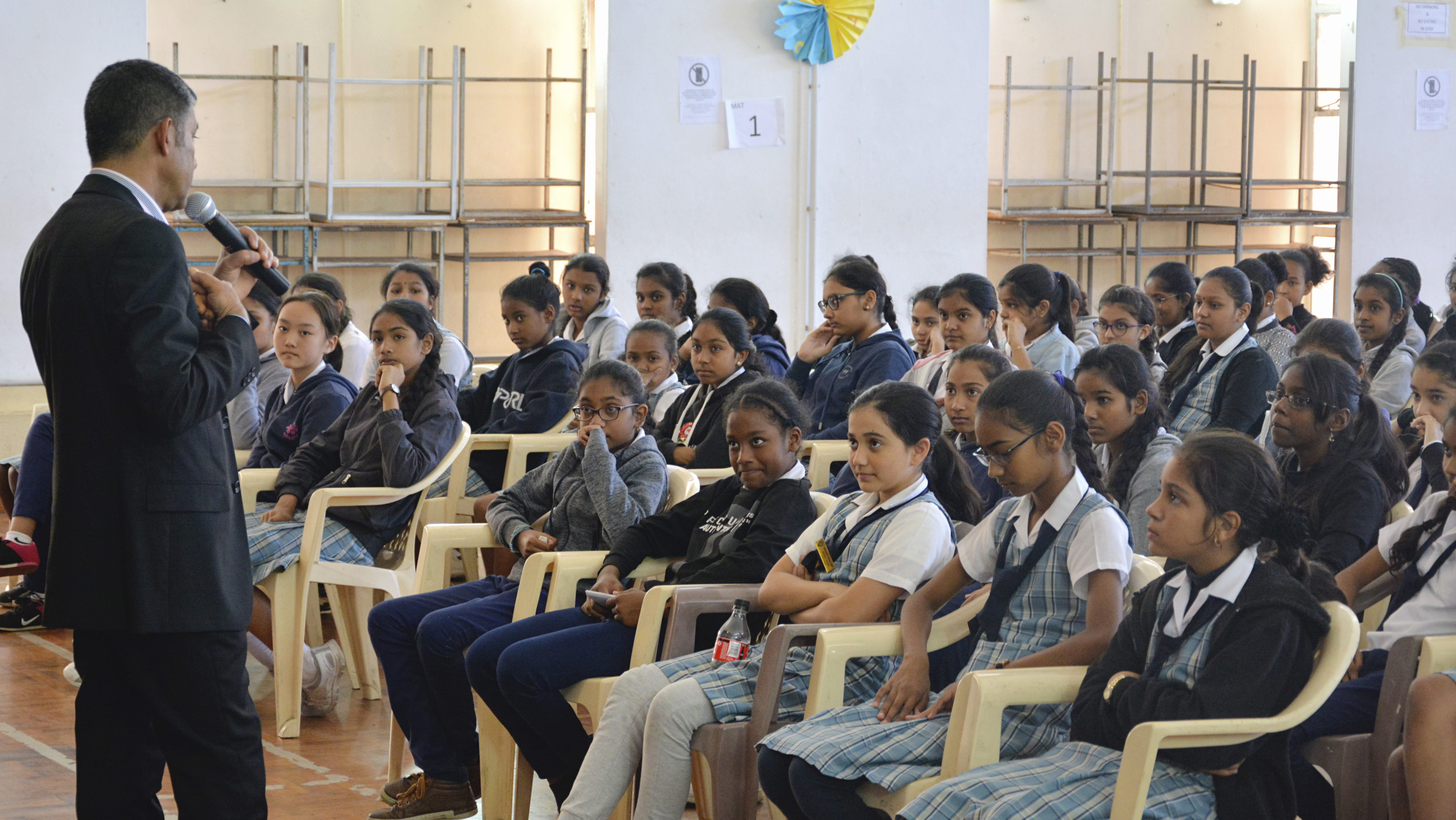 On Tuesday, 24 September 2019, YUVA Academy had a stimulating and intensive session with 118 students of Dunputh Lallah SSS, in Curepipe. The Moral and Civic Education course was delivered, with a focus on Environmental Conservation. The trainer, Mr. Kris Padayachy, was thrilled by the numerous motivated participants.

Mr. Padayachy started the session by asking the Grade 7 students what volunteering means to them. He urged them to realise that at the root of the word is “volonte,” the French word for volition. Mr. Padayachy instilled confidence in the students, telling them that the only way to make positive changes in society is by being engaged and taking action.

Mr. Padayachy then brought up the topic of empathy. He explained it to the students as putting yourself in somebody else’s shoes. He reminded the students that everyone has a different personal and familial situation, and that we need to be patient with those around us. Mr. Padayachy then brought up a common occurrence in schools: laughing at classmates when they make mistakes in class. He encouraged students to have empathy for their classmates, and inspired them by saying that participation is the most important part of learning.

The students were very attentive during the presentation, and participated especially when the trainer asked them what they wanted to be when they were older. Very diverse professions were presented by the young girls: they wanted to be teachers, bakers, scientists, hairdressers, journalists, singers, flight attendants, and the list goes on!

One of the main topics of this session was a discussion about the environment. Mr. Padayachy talked about the difference between composting, recycling and garbage. He also talked about the importance of taking care of the natural world, because whatever we do affects our waters and our food systems. The students suggested different ways to respect the environment, such as not throwing garbage on the ground.

Even though this was Mr. Padayachy’s largest audience with YUVA Academy so far, all 118 students were engaged and interested. One of the students even offered the trainer a bouquet of flowers to demonstrate the school’s appreciation for the course.

As Mr. Padayachy always ends his sessions, the students chanted “Yes we can!” with their fists raised in the air. The energy in the room was fantastic!