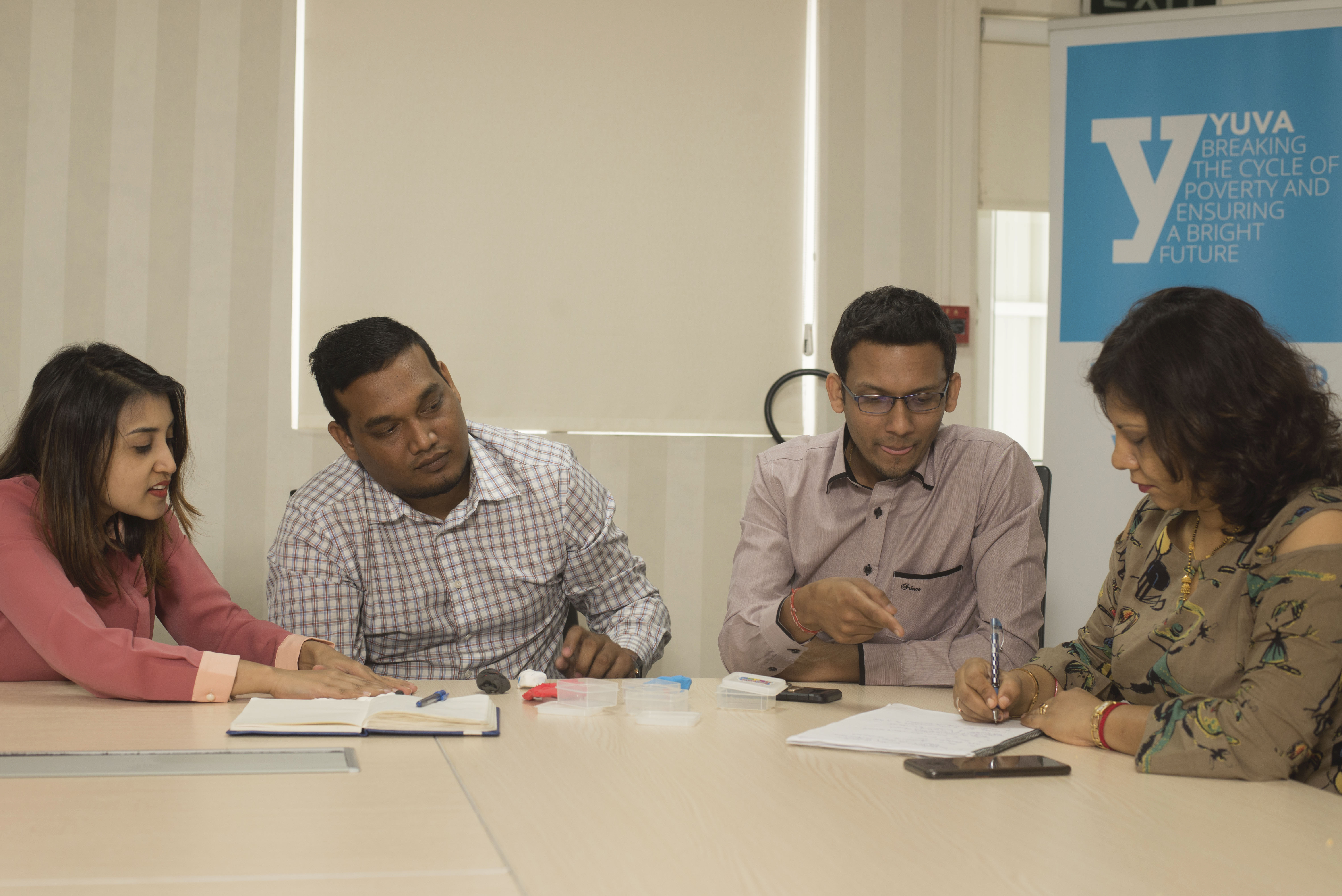 On Wednesday, 9 October 2019, the YUVA Academy conducted a 4-hour session on Corporate Leadership with 19 staff members of the Indian Oil Mauritius Limited (IOML).

In an effort to strengthen its workforce, IOML invited the YUVA Academy to conduct a training session on Corporate Leadership with its staff to grow each member in their position and for them to exert leadership skills within their role in the company.

After everyone had taken their seats in the training room at the IOML Headquarters, Mr Sanjay Parashar, the Managing Director of IOML addressed the participants on the aim to empower his team members on leadership. He also differentiated between the different types of leaders he has come across and emphasised that each individual has the capability to become a leader.

The training started with the YUVA Executive Director, Mr Krishna Athal, breaking the ice through an introductory activity. This helped the staff members get to know their colleagues better and reflect upon their personality traits. Next, each staff member was prompted to give their subjective definition of leadership, which led them to realise how many different definitions of leadership existed, as many as there were leaders.

A fun activity followed this. The participants were divided into teams and were tasked to make a shape out of modelling clay, representing their idea of leadership. Each team presented their artwork to the other members and briefly explained their reasons for choosing that specific shape and how they had worked together to reach a consensus on the final shape. Through this activity, members developed their teamwork skills by collaborating with each other to achieve the same goal.

The trainer proceeded with a description of the different leadership styles, whether or not one leader could embody all styles, and under which situations. In reflecting upon that, staff members gave real-life examples based on their jobs to back up their responses. Next, participants were apprised of the different ways a person can become a leader, which contradicts the popular belief of ‘being born a leader’.

Subsequently, participants were made to simulate themselves in different situations, each representing an ethical dilemma. The trainer used examples that commonly occur in the corporate sector, which prompted members to reflect upon their behaviour in each scenario. This gave them an idea of their current ethics and values and where they were situated on their leadership journey.

Next, Mr Athal expanded on the dynamics between ‘Duty of Care’ and ‘Dignity of Risk’ and how both of these constructs come into play and the importance of alternating between both while going through daily work situations.

This training session contributed to increasing the tolerance and acceptance of differences of the staff, as they were conditioned to not pass any judgement on others’ opinions. Additionally, they were inspired to increase their engagement with their company, upon realising the importance of their colleagues as well as the company in their lives.

At the end of the training, each staff summarised their take-outs from this leadership training and how they would use the knowledge and insights gained throughout this session. Of the most common ones, members expressed their appreciation of the practice of accepting and respect each others’ differences.

To conclude, Mr Deepak Jain, the Vice President of IOML, encouraged his staff members to make constructive application of what they had gained from this session. He thanked the YUVA Academy for having empowered the staff members, and each member for participating in the training for their personal empowerment as well as that of the company. The session ended with a photo session whereby the YUVA Academy awarded each participant a Certificate of Achievement.