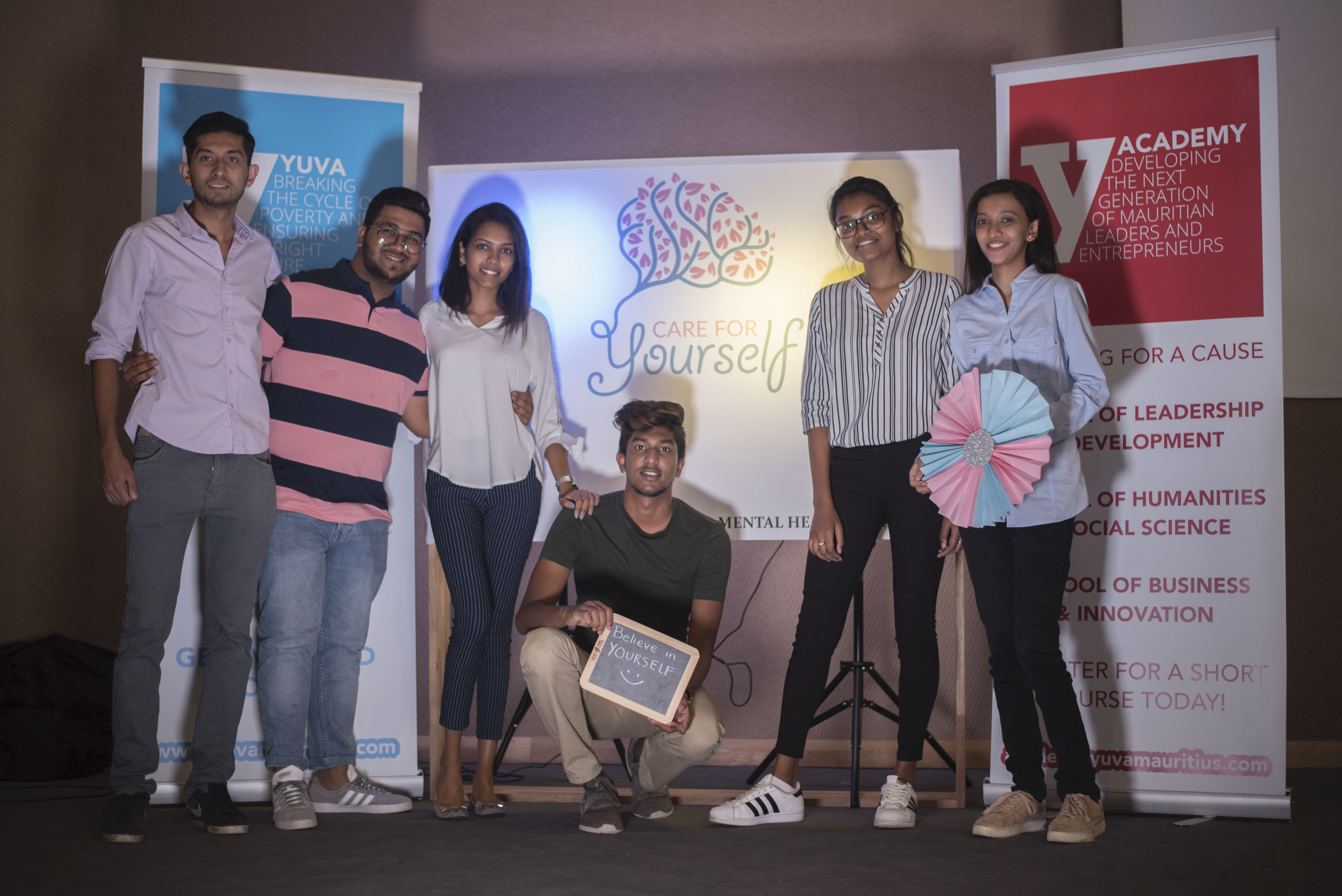 In line with its fourth pillar, ‘To help children & young people develop healthy habits & connect them to services’, YUVA collaborated with students from Curtin University Mauritius to launch a campaign on mental health awareness among university students, on the occasion of the World Mental Health Day.

As part of an assignment for their module ‘Media for Social Change’, students Reasha Subrun, Vedisha Sadien, William Ng Wong and Jean-Yan Norbert, of Curtin University Mauritius, sought out collaboration with YUVA to launch a campaign on mental health, with an emphasis on social media as the medium to spread awareness among university students.

University students worldwide are at risk for mental health disorders because of the range of stressors they experience. Studies showed that compared to the general population, university students on average have increased mental health problems such as depression, anxiety, suicidal thoughts, psychosis, addictions, the risk for suicide, use of psychiatric medications, and other chronic psychiatric disorders.

As most students have upcoming deadlines and exams, they are highly stressed and overwhelmed. This campaign aims to make them break free from their routine and the stressful environment they are used to so that the stress and fatigue do not develop into anxiety or depression.

As part of the campaign, an event was organised on Thursday, 10 October 2019, at the auditorium of the Charles Telfair Campus, Curtin University Mauritius.

Through different activities, such as a game called ‘House of Card’, whereby students were tasked to build the tallest castle with cards, and a Zumba session where participants de-stressed by dancing to Pharrell Williams’ song ‘Happy’, guided by Adarsh Gujadhur, the dance instructor, students were made aware of the importance to maintain a good mental health and of various ways to de-stress.

Additionally, stickers were distributed among the participants to raise awareness and they were invited to participate in the campaign on social media by taking pictures at the photo booth built by the university students and sharing it on the campaign’s Instagram page. Moreover, they were encouraged to visit the campaign’s website where they could get a better understanding of mental health, as well as ways to enhance their own mental health, and on which they could also seek help from professional practitioners.

In the words of the organisers, ‘ Through the Care For Yourself campaign, we wish to convey the message that it is okay to suffer from stress, burnout and social fatigue, but we don’t have to live with them forever. Instead, we can find ways to deal with and overcome them. More importantly, the Care For Yourself campaign has been created to help people in need, and those suffering just have to take the initiative to seek help’.

For more details about the Care for Yourself campaign, visit our