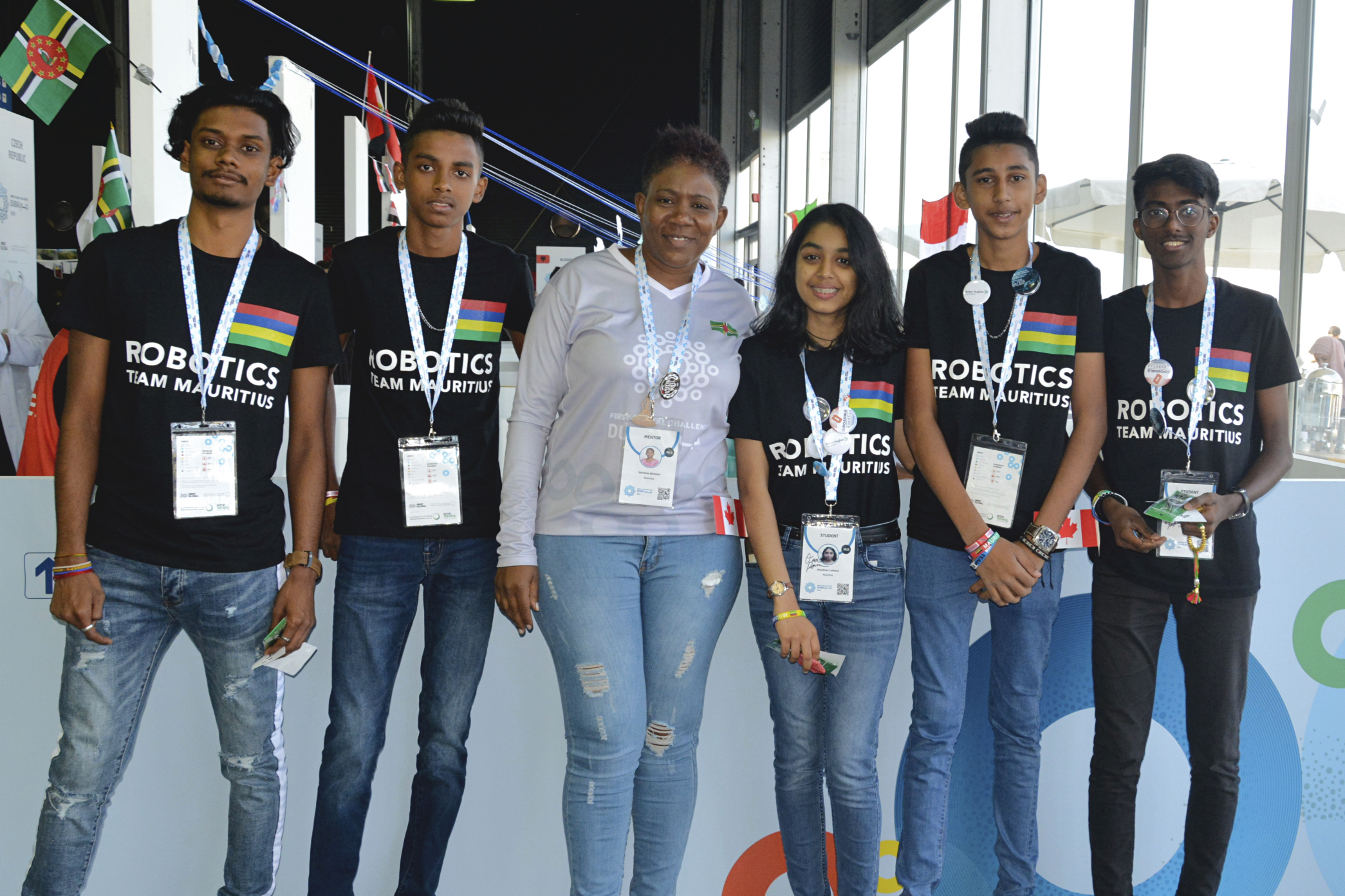 An initiative of YUVA, FIRST Global Mauritius aims at promoting STEM education in Mauritius by selecting and mentoring kids to form a solid Team Mauritius for the yearly international FIRST Global Challenge – “The Olympics of Robotics”.

We, at YUVA, strongly believe in STEM education for developing 21st century skills among young minds. We want to promote this nation-building cause and take this to each and every corner of Mauritius.

By bringing these future STEM leaders together in an engaging and collaborative competition that drives home the importance, excitement, and applicability of STEM education, FIRST Global inspires students to learn the skills they will need to make the discoveries their parents and grandparents would consider miracles, impossibilities, or just plain science fiction.

Team Mauritius won its qualifying matches at the Robotics Olympics in Dubai against Zambia, Guinea, Oman, Albania, Eritrea and Sierra Leone before being defeated by the United States of America, Japan and North Macedonia.

However, Team Mauritius, represented by 5 Mauritian kids this year and supported by YUVA, performed really well at the FGC 2019 in general, and it aims at endorsing STEM education through robotics in Mauritius.