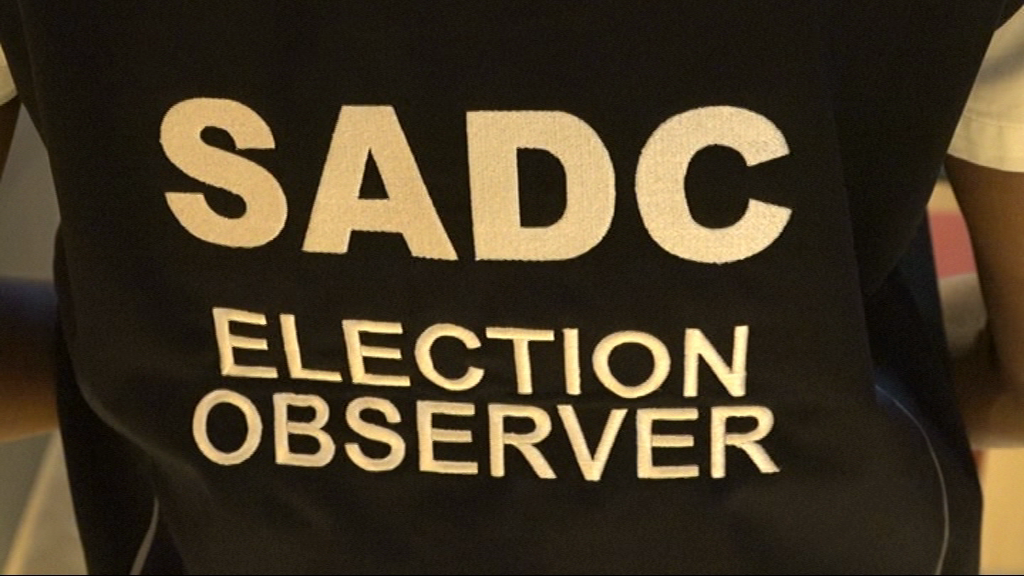 On Saturday, 2 November 2019, YUVA was invited by the Head of the SADC Electoral Observation Mission (SEOM), the Honourable Lt. Gen. (Rtd) Dr Sibusiso B. Moyo, Minister of Foreign Affairs and International Trade of the Republic of Zimbabwe, to the Launch of the SEOM to the 2019 National Assembly Elections of the Republic of Mauritius, at the Caudan Arts Centre, Port Louis.

The event began with the welcome remarks by Mr Jorge Cardoso, Director Directorate of the Organ on Politics, Defence and Security affairs of the SADC Secretariat. He introduced the Head of the SEOM, who is representing the Chairperson of the SADC organ on politics, Defence and Security Cooperation, His Excellency Emmerson Dambudzo Mnangagwa, President of the Republic of Zimbabwe.

He also highlighted that in line with the SADC Principles and Guidelines Governing Democratic Elections (2015), SADC has been invited by the Office of the Electoral Commissioner (OEC) to observe the 2019 National Assembly Elections in the Republic of Mauritius, which will be held on 7 November 2019. And in line with his mandate, His Excellency Emmerson Dambudzo Mnangagwa, constituted the SEOM to Mauritius.

The election phase will take place on the Election Day, 07 November 2019, and this will assess the electoral processes, laid down procedures, and whether the environment was conducive for the voters to exercise their civic rights.

The post-election observation phase which includes the counting of the votes, starts immediately after elections, aims to promote electoral integrity, as well as peace and stability in the post-election period, and in doing so, to give effect to the commitment contained in the SADC Principles and Guidelines Governing Democratic Elections.

He then explained that the SEOM, which began to arrive in Moka, Mauritius on 29 October 2019, consists of a total of 45 personnel from 9 SADC member states, namely Angola, Botswana, Eswatini, Lesotho, Mozambique, Namibia, South Africa, Zambia and Zimbabwe. These observers will be deployed to 20 out of the 21 constituencies of the country, excluding Rodrigues Island due to logistical reasons. The observers underwent refresher training on 31 October and 01 November 2019 in Moka, which equipped them with the skills to effectively observe, assess and report on the electoral process.

The ceremony then proceeded with the Head of the SEOM to the 2019 National Assembly Elections to the Republic of Mauritius addressing the audience and officially launching the Mission. During his launch statement, the Head of the SEOM commended Mauritius’ long history of conducting democratic elections and the socio-economic gains that this legacy has bestowed on Mauritius and its people. He then reaffirmed SADC’s position in observing elections in its member states in order to contribute to the consolidation of democracy in the region by enhancing best electoral practices and addressing any electoral shortcomings. He also highlighted the achievements of the Office of the Electoral Commissioner and stated that the pre-elections phase concluded that the Republic of Mauritius is indeed prepared to hold the National Assembly Elections on 07 November 2019.

He also urged all registered voters to restore their positive legacy of participatory democracy by turning out on their high numbers on Election Day, 07 November 2019, as well as encouraged all stakeholders to ensure that these elections are conducted in a peaceful, free, fair, transparent and credible manner.

He also took the opportunity to invite the audience to attend the release of the Preliminary Statement regarding the SEOM’s observations of the 2019 National Assembly Elections, scheduled for 09 November 2019 at the Caudan Arts Centre. He then declared, on behalf of HE Emmerson Dambudzo Mnangagwa, President of the Republic of Zimbabwe, the SADC Electoral Observation Mission to the 2019 National Assembly Elections in the Republic of Mauritius, officially launched.

The next part of the ceremony comprised of a Question and Answer session from audience members. Among questions raised, some members of political parties highlighted issues regarding the fairness of the electoral campaigns as well as the change in regulations for the nomination of a candidate based on their ethnic group.

The SEOM ensured the concerned members that they had taken note of all the issues raised and the findings thereof will be analysed together with the SEOM observations in the pre-elections phases as well as during the elections phase.

The ceremony concluded with the SEOM inviting stakeholders to take individual appointments with the SEOM members from 03 to 06 November 2019, to further discuss and clarify the issues raised and come up with recommendations for proper democratic election processes, which will be published in the Preliminary Statement on 09 November 2019.