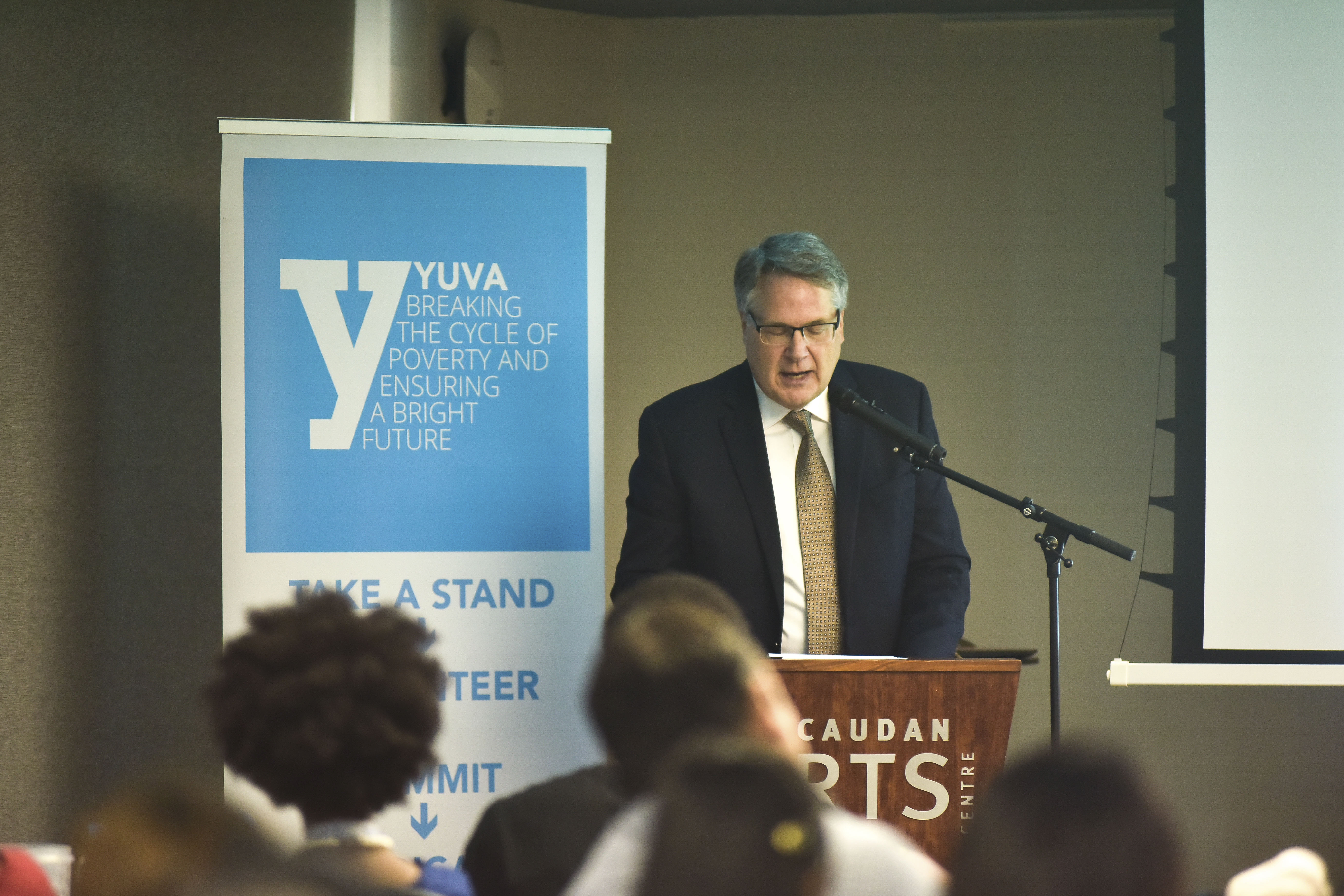 A culmination of leadership, entrepreneurship, social & business innovation, and practicality, the YUVA Annual Leadership & Entrepreneurship Summit (YALES) 2019 is a platform that prepares Mauritius’ leaders of tomorrow, sharpens their leadership and managerial skills and allows them to strengthen their planning, organising and communication skills.

The summit kicked off with a warm welcome by the board member and PRO of YUVA, Mr Kris Padayachy. He then gave a brief description of YUVA’s structure and the services it offers, as well as the idea behind organising YALES.

YALES 2019 was then officially launched by David Reimer, the United States Ambassador Extraordinary and Plenipotentiary to the Republic of Mauritius and Seychelles. He commended the work being done by YUVA and encouraged more similar initiatives by the youth and youth organisations. More particularly he talked about the Young African Leadership Initiatives (YALI), which is a signature effort to invest in the next generation of African Leaders. Former President Obama launched YALI in 2010 to support young African leaders as they spur growth and prosperity, strengthen democratic governance, and enhance peace and security across Sub-Saharan Africa. The Ambassador encouraged such initiatives among the youth and youth organisations. He was then offered a token of appreciation, and all members present proceeded to take a group photo with the Ambassador, some taking the opportunity to snap selfies too.

Next, an ice-breaking session was conducted by the Master of Ceremony, Mr Anil Singh Rana, through a Q&A session to get the views and expectations of audience members on that day’s sessions.

Mr Ramakrishna Appadoo then proceeded with session II of the programme for the day. As a coordinator at the Social Integration Division at the Ministry of Social Integrity, Social Security and National Solidarity, he gave an overview of Social Work and Community Service in Mauritius. More particularly, he elaborated on the different services and benefits that the National Empowerment Foundation (NEF) provides, as well as the whole process of evaluating the eligibility of beneficiaries, and each step taken towards providing services to these beneficiaries, including the attached conditions, as well as the monitoring and evaluation of the living conditions of the beneficiaries throughout the period that they were recipients of the services offered by the NEF.

Then Dr Emmanuel Nuesiri followed with a talk on professionalising social work in the modern era. He first questioned the characteristics that make one a social worker. He distinguished between the terms profession and professionalism and then proceeded to explain professionalism in terms of how to be the best. Having identified the weaknesses of the government, he then elaborated on the importance and practice of self-discipline when the government is weak. After that, jobs needed to be done in Mauritius to tackle the various issues cropping up were identified. He concluded by emphasising the achievability of these jobs through strategic thinking, planning and most importantly, collaboration.

After a lunch break, Ms Sradha Manna & Dr Vasant Manna, both directors of the Centre for Counselling and Mindfulness resumed the summit by talking about the relevance of counselling and mindfulness in today’s society. First off, Ms Manna conducted a short session on mindfulness by guiding audience members through the act of eating a raisin mindfully. Next, she instructed participants to assess their level of satisfaction with the different areas of their life, using the Wheel of Life. Following this, she addressed the concept of counselling, elaborating on the different aspects of the profession, such as codes of conduct, ethical principles of counselling and the requirements and licensure for practising in the field. She then elaborated on the need for counselling and mindfulness as applied to today’s society, which is characterised by dissatisfaction, suffering, unhappiness, relationship crises, high stress, expectations, change of roles, etc. Counselling was introduced as the coping mechanism for all these issues.

Dr Manna then continued with an introduction of mindfulness as a science. He highlighted the effects of mindfulness on the brain, such as quicker recovery following stressful events, positive effects on the immune system, as well as an increase in empathy. He also encouraged participants to train their brain cells, like they train their body muscles, in mindfulness for its numerous benefits.

This was followed by a presentation on social work as opposed to social “media” work, by Ms Ayrece Stewart. She started off by promoting the idea of using social media to impact people and not to impress people. The audience was then made to reflect on an impactful quote: ‘Never before has a generation so diligently recorded themselves accomplishing so little’. She then prompted the audience members to think and debate about how the digital age has altered the way in which social work is carried out. This was followed by a brief description of the pros and cons of the advent of technology. After that, she conducted another activity to prompt the audience to deeply reflect on whether or not, and why, the introduction of a global audience has changed the motivations of social workers.

Ms Stewart proceeded to contrast meaningfulness with validation. She concluded her presentation with a small challenge for the audience. In groups of 7, members were instructed to explain how they can ensure that social media has a positive impact on the field of social work, as well as how to prevent social media from having a negative impact. They also had to come up with five guidelines for social work in the digital age in the context of Mauritius. This gave rise to a very active, engaging and enriching debate. Each group came up with different answers, each one as important as the next one, as illustrated in the following pictures: