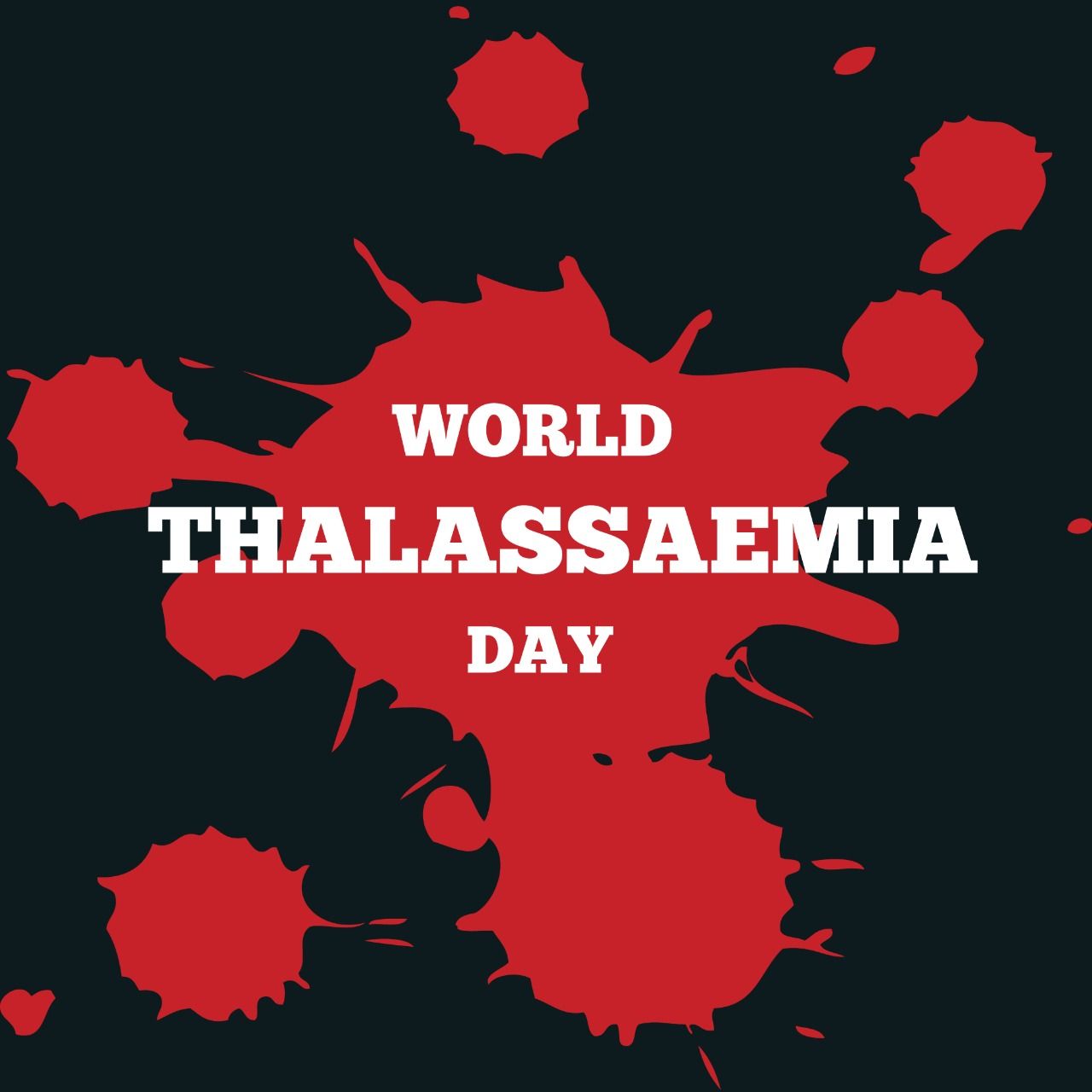 World Thalassemia Day is celebrated every year on May 8th to commemorate Thalassemia victims and to encourage those who struggle to live with the disease.

Thalassemia is a blood disorder passed down through families (inherited) in which the body makes an abnormal form or inadequate amount of hemoglobin. Hemoglobin is the protein in red blood cells that carries oxygen. The disorder results in large numbers of red blood cells being destroyed, which leads to anemia.

Hemoglobin is made of two proteins:

Thalassemia occurs when there is a defect in a gene that helps control production of one of these proteins.

There are two main types of thalassemia:

Alpha thalassemias occur most often in people from Southeast Asia, the Middle East, China, and in those of African descent.

Beta thalassemias occur most often in people of Mediterranean origin. To a lesser extent, Chinese, other Asians, and African Americans can be affected.

There are many forms of thalassemia. Each type has many different subtypes. Both alpha and beta thalassemia include the following two forms:

You must inherit the gene defect from both parents to develop thalassemia major.

Thalassemia minor occurs if you receive the faulty gene from only one parent. People with this form of the disorder are carriers of the disease. Most of the time, they do not have symptoms.

Risk factors for thalassemia include:

The most severe form of alpha thalassemia major causes stillbirth (death of the unborn baby during birth or the late stages of pregnancy).

Children born with beta thalassemia major (Cooley anemia) are normal at birth, but develop severe anemia during the first year of life.

Other symptoms can include:

People with the minor form of alpha and beta thalassemia have small red blood cells but no symptoms.

Your health care provider will do a physical exam to look for an enlarged spleen.

A blood sample will be sent to a laboratory to be tested.

If you receive blood transfusions, you should not take iron supplements. Doing so can cause a high amount of iron to build up in the body, which can be harmful.

People who receive a lot of blood transfusions need a treatment called chelation therapy. This is done to remove excess iron from the body.

A bone marrow transplant may help treat the disease in some people, especially children.

Severe thalassemia can cause early death (between ages 20 and 30) due to heart failure. Getting regular blood transfusions and therapy to remove iron from the body helps improve the outcome.

Less severe forms of thalassemia often do not shorten lifespan.

You may want to seek genetic counseling if you have a family history of the condition and are thinking of having children.

Blood transfusions can help control some symptoms, but carry a risk of side effects from too much iron.

Call your provider if: