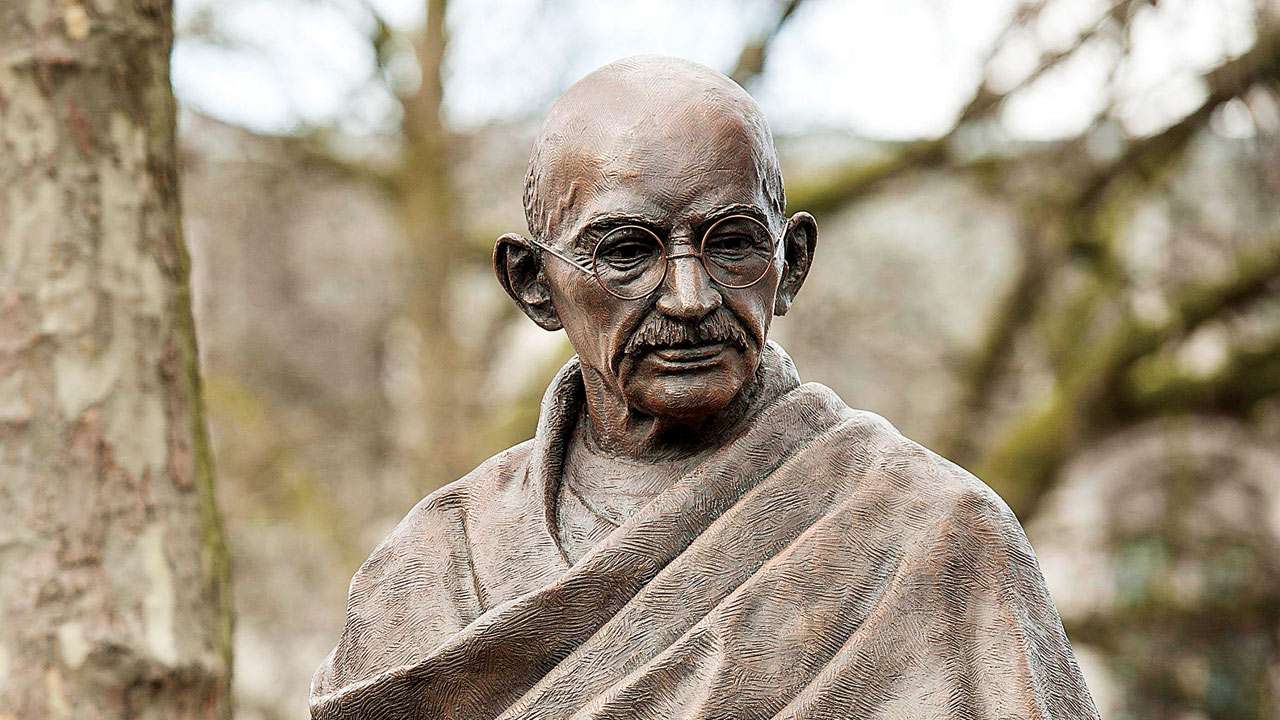 The International Day of Non-Violence is observed on 2 October, the birthday of Mahatma Gandhi, leader of the Indian independence movement and pioneer of the philosophy and strategy of non-violence.

According to General Assembly resolution A/RES/61/271 of 15 June 2007, which established the commemoration, the International Day is an occasion to “disseminate the message of non-violence, including through education and public awareness”. The resolution reaffirms “the universal relevance of the principle of non-violence” and the desire “to secure a culture of peace, tolerance, understanding and non-violence”.

Introducing the resolution in the General Assembly on behalf of 140 co-sponsors, India’s Minister of State for External Affairs, Mr Anand Sharma, said that the wide and diverse sponsorship of the resolution was a reflection of the universal respect for Mahatma Gandhi and of the enduring relevance of his philosophy. Quoting the late leader’s own words, he said: “Non-violence is the greatest force at the disposal of mankind. It is mightier than the mightiest weapon of destruction devised by the ingenuity of man”.

The life and leadership of Mahatma Gandhi

Gandhi, who helped lead India to independence, has been the inspiration for non-violent movements for civil rights and social change across the world. Throughout his life, Gandhi remained committed to his belief in non-violence even under oppressive conditions and in the face of seemingly insurmountable challenges.

The theory behind his actions, which included encouraging massive civil disobedience to British law as with the historic Salt March of 1930, was that “just means lead to just ends”; that is, it is irrational to try to use violence to achieve a peaceful society. He believed that Indians must not use violence or hatred in their fight for freedom from colonialism.

The principle of non-violence — also known as non-violent resistance — rejects the use of physical violence in order to achieve social or political change. Often described as “the politics of ordinary people”, this form of social struggle has been adopted by mass populations all over the world in campaigns for social justice.

Professor Gene Sharp, a leading scholar on non-violent resistance, uses the following definition in his publication, The Politics of Nonviolent Action:

“Nonviolent action is a technique by which people who reject passivity and submission, and who see struggle as essential, can wage their conflict without violence. Nonviolent action is not an attempt to avoid or ignore conflict. It is one response to the problem of how to act effectively in politics, especially how to wield powers effectively.”

While non-violence is frequently used as a synonym for pacifism, since the mid-twentieth century the term non-violence has been adopted by many movements for social change which do not focus on opposition to war.

There are three main categories of non-violence action:

Relevance of Mahatma Gandhi in the Contemporary World