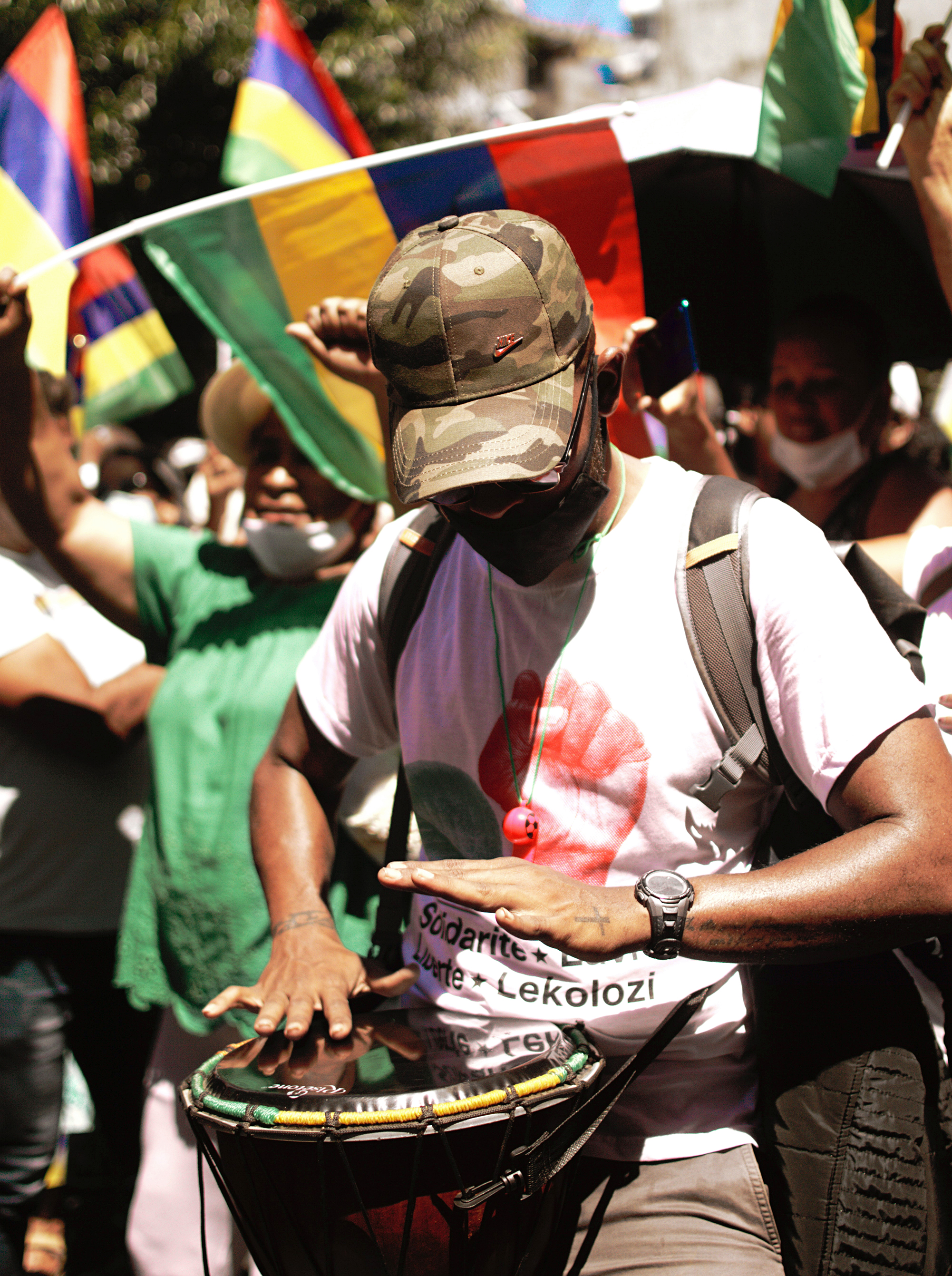 Today Mauritius is celebrating the National Day 2021. We are being given a chance to start with a clean(er) slate after 53 years of Independence and after 29 years of being a Republic.

Now is the time for every person deemed a ‘youth’ to stand up and be present in the present. Yes, the future is for the youth, but more importantly, the present is just as much for the youth. It is high time that we break all of these out-dated societal norms and make room for how life is these days. The youth have a stronger voice than they tend to realise, and the potential action that lies in that collective effort is even more potent than anyone cares to think.

I believe now more than ever that there is remarkable potential for the world to see change, and this responsibility rests solely on the shoulder of our youth to stand up and be seen, heard and respected. The youth are often silent when told to be, and I sincerely hope every youth understands what role they have in the greater scheme of things. The key to this strength is, for starters, embedded in the concept of respect. A sense of respect starts from within by respect for oneself and then continues externally by respecting others.

Let us not come together enthusiastically, only to lose courage when it comes time to act on our ideas. Instead, the youth should be focused on a collective effort of encouraging each other and their surrounding communities to act. This exercise of executing one’s dreams and ambitions is contagious and emboldening and thus has the potential to create a marvellous ripple effect that only society can benefit from.

Today on our National Day, I note with pride and relief that there seems to be a sense of discontent among some of our youth. The discontent is that youth are fed up with being placed in the corner and not having their voices heard. However, more than just being fed up with how Mauritius has predetermined youth’s fate, they realise that the only way change will ever come about is by starting with a change within themselves. A change in how each one of us thinks is the key to changing everyone else’s perceptions.

If there is one thing that today’s youth understand, it is getting things to go viral. Why can’t this be applied to perceptions about the youth, more so from the youth themselves?

Another point that stood out for me was that this change is a change in mindset and a change towards a society filled with far more integrity than there currently is. The youth present an opportunity for a vicious cycle to be broken and replaced by a far more conscious society for future generations to come.

Why do the youth need to follow examples when the examples that are being set are far from anything worth learning from?

Corruption, abuse of power and greed – to name a few things – are the current standard and hardly worth passing on for future generations. We find many young people fighting vehemently not to fall into this same trap that people have fallen into before us and not become the same kind of people they became.

Reflecting on the past brings about bittersweet memories while watching a slow degeneration on some youth’s island through things like crime. Mauritius needs to recognise the talent and capability our youth force has instead of remaining so hell-bent on reforming them into what they feel is an acceptable version of what the idea of youth should represent. Is it not the time for a change in perceptions? After 53 years of Independence and 29 years of being a Republic, is Mauritius not entitled to expect this, and why not from our youth? I sometimes find myself asking, “Do young people genuinely share an interest in bettering their and their society’s wellbeing?”

In some cases, no, because a fair share of our youth has a keen sense of apathy and ignorance regarding this. However, the share of youth that does not share this sad sentiment is our chance and hope for a better tomorrow and a better society in the future. This is where I place my hopes and confidence.

So yes, the youth have indeed got a task in front of them. Nevertheless, it is a task that is worthy of its level of difficulty because it is not only for their benefit but for generations to come too. The future belongs to us all, but the present is what we need to focus on to make sure we have a future to look forward to. Now is the time for youth to stand tall and, more than anything, stand together. One voice may never be heard, then maybe not, but thousands and thousands cannot and will not be ignored. The mould of what is supposedly expected of the youth needs to be broken desperately. In short, my words to the youth today means to impart a sense of saying that nothing is impossible to achieve.

I believe it is not a far-fetched idea or notion, but only that the youth need to have more confidence in themselves and not merely sit back and inherit their voices. This entitlement notion is a dangerous one and needs to be shattered sooner rather than later. We will never learn by having it all handed to us and being told to continue along the path that has already been forged. It is the youth’s responsibility to forge new roads and break new ground because no one but the youth will do it for the youth.

The road ahead requires courage and strength and the ability to go against the grain, so to speak, in order to succeed, but as I said before, it is not impossible. Our youth-only needs to see it and believe it in their hearts. So, to our youth, I wish you a Happy National Day 2021. May the efforts we put in today benefit us tomorrow and forever!