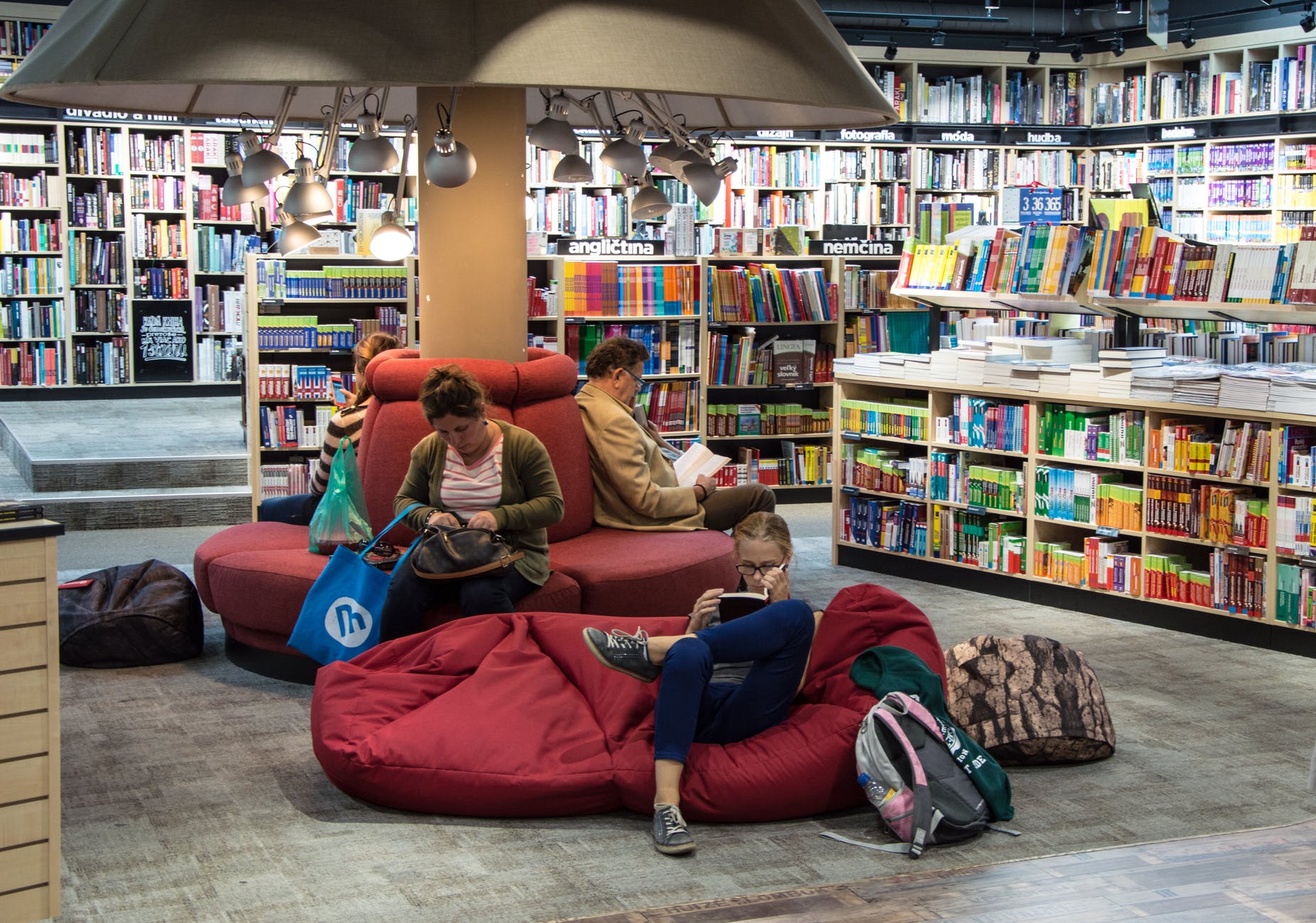 Reading is a highly encouraging activity. Below are some of the most creative and innovative reading campaigns launched around the world to promote reading:

Seattle Public Library initiated this summer reading programme in 2013 to encourage people to broaden their horizons. It was a huge success and gained popularity as the library broke the record of a 1000-book domino chain previously set by an organisation named Responsible Fishing in the UK in 2011 and set a new world record for The Longest Book Domino Chain with a total of 2131 books. It took 7 hours, 5 attempts and 27 volunteers to succeed just about an hour before the deadline. The exceptionally long giant domino chain began with a book named ‘Before the Fall’. It ended with a book called ‘Horizons’. The video of the event, which took 5 film-crew members and 7 cameras to film, showcased a breathtaking domino effect as books upon books toppled, creating a complex path, which consisted of long flights of stairs and bridges across the interior of the library. The books used in the record-breaking event were put up for sale during the library’s anticipated Friends of The Seattle Library book sales event with a special sticker identifying each as part of the record-setting event. The innovative reading campaign gained the library much media coverage and popularity, boosting visitations and inspiring youth to indulge in new books.

In honour of World Refugee Day, the UN Refugee Agency, UNHCR, and Children’s Books Ireland jointly organise a refugee book-reading campaign annually. In collaboration with bookshops and libraries across Ireland, the reading campaign invites children to experience the life of a refugee. It allows readers to view the world from the eyes of one among the 25 million refugees around the globe through different genres of literary genres. ‘The Kite Runner’ is one of the most popular titles found in the reading campaign’s book list, which recounts the boyhood friendship of two Afghans, Amir and Hassan. Another famous title included is ‘The Go-Away Bird’, which is based on the witness account of a 12-year-old refugee of the Rwandan Genocide. While planning the campaign, the connoisseurs had on their mind that all children should see their reflections in the stories they read and should be given a chance to experience the courage and strength of refugees through the books, hoping that the booklist will encourage them to read widely and build empathy and solidarity with refugees. This reading campaign plays a massive role in helping children and teens better understand a complex topic such as the refugee crisis and develop the empathy and the drive required to solve this situation when they grow up.

The #ReadTheWorld initiative is a collaborative effort between theInternational Publishers Association (IPA), World Health Organization (WHO) and UNICEF. Launched on 2 April 2020 on the International Children’s Book Day, the #ReadTheWorld campaign is a virtual campaign whereby popular children’s authors read excerpts of their books for children and youth worldwide to enjoy. UNICEF understood that children’s lives and routines had been upturned abruptly due to the COVID-19 pandemic and believed that even when the outside world is out of bounds, reading can remind children and young people that the transportive power is now of books is unlimited. In support, WHO understood the fear and anxieties many feel and know how the joy of reading can stimulate young minds, ease tensions and provide hope. Italian author Elisabetta Dami kicked off the campaign, whose books were sold worldwide in more than 180 million copies. During her Instagram live, Elisabetta was seen sitting beside Geronimo Stilton, her beloved protagonist, as they read one of their favourite tales and answered the questions of their viewers together. They also explained the importance of staying at home to their young audience. In a more technologically savvy world where most households have access to the internet, it was easy for children to participate in the campaign and have fun reading and interacting with the authors of their much-loved storybooks.

EPM, a Colombia-based public utility company, launched a reading campaign in 2014 to encourage reading and to appreciate nature without the environmental damages that come with printing a book. ‘Letter Tree’ is a wireless network created by EPM which can be found in the trees of the major parks in the city of Medellín. All a person needs to do to read in Medellín is sit under a park tree and connect to ‘Letter Tree’ through their mobile phone, allowing them to access a book to read free of cost. Different trees in the park have different books available for download. Each of the project trees is equipped with a distinguishing birdhouse and a plaque with step-by-step instructions. This project was also part of an effort to encourage more reading among Columbians who read an average of two books per year, one of the lowest rates in all of Latin America back in 2014. The reading campaign was an incredibly creative project that promoted reading in an environmentally conscious manner while encouraging people to enjoy nature and do a productive activity on their phones instead of staying cooped up in the house on their phones scrolling through social media.