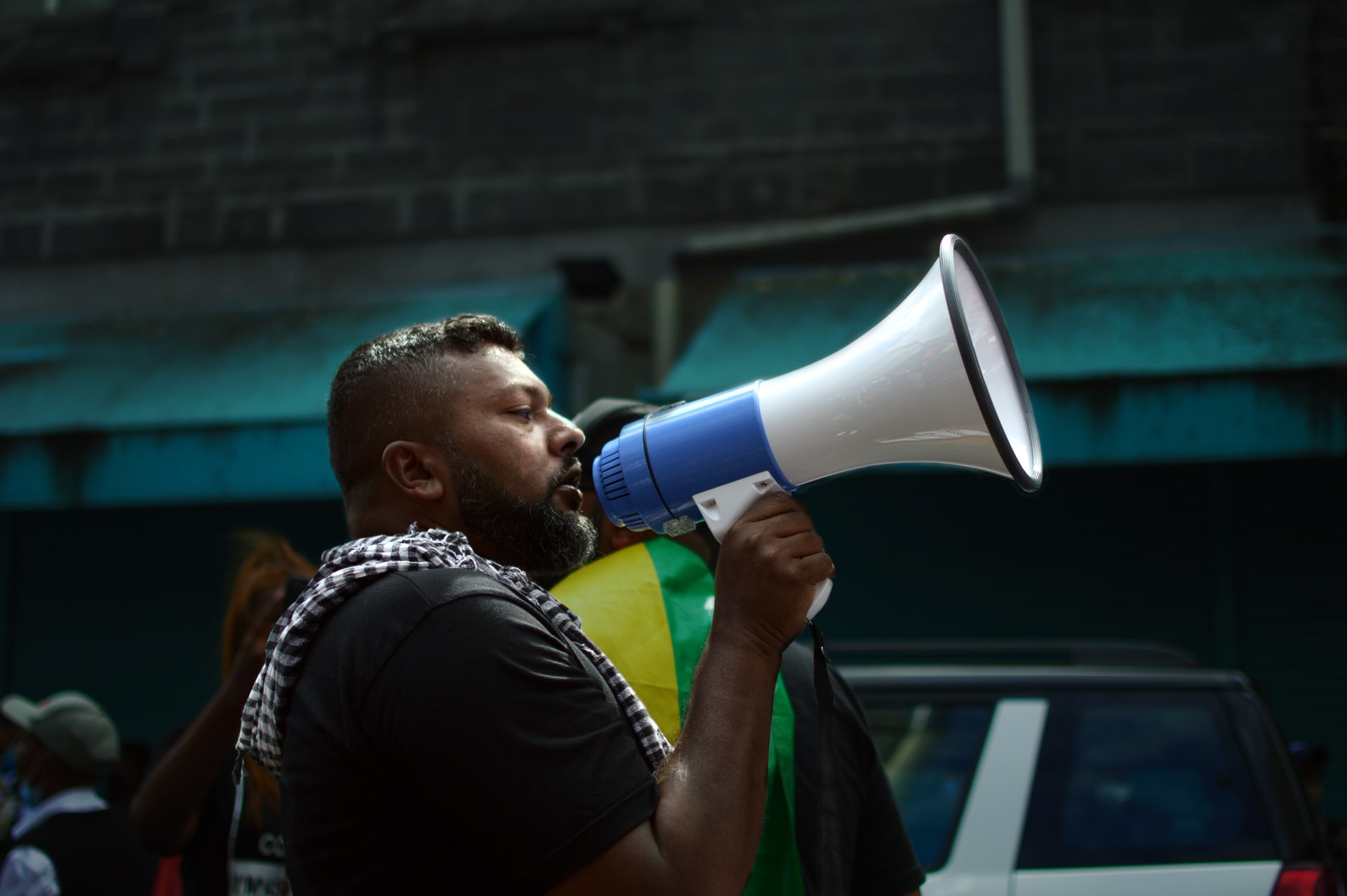 This article lists the top 10 youth social leaders of Mauritius in no particular order. Leadership remains one of Mauritius’ most significant challenges in terms of development. There is hope in the country’s youth, who have played a crucial role in public service, economic transformation, visibility and accountability.

Most young Mauritians are facing a lot of problems, mainly unemployment. Mauritian youth ought to be part of decision-making structures. The  United Nations Secretary General’s Envoy on Youth said, there is no better resource in times of trouble than young people. The initiative and resourcefulness that motivate the world’s youth are valuable.

Daliah Kalla was diagnosed with lupus at age 13 in Mauritius. With the help of her mother, Babs Venkatasamy, she set up the NGO Lupus Alert. This was in response to the lack of any such organisation helping and assisting people living with lupus and related conditions. Lupus Alert provides advocacy, education, public awareness, research and clinical trials. Since 2000 it has spread its wings to the neighbouring islands of Rodrigues, Reunion Island, Madagascar and Seychelles. Kalla took her struggles and trauma beyond herself to help the community she is part of. Kalla and Lupus Alert continue to create local awareness about lupus and strengthen the position of Lupus Alert as a beacon of hope and support for lupus patients in Mauritius and beyond. Since its inception, Lupus Alert has been instrumental in securing financial assistance for Lupus patients. It also started a library/resource centre in 2003. In 2020, Kalla was selected to present on Lupus Alert’s journey since its creation and impact on patients in Mauritius at the Global Patients Congress of the International Alliance of Patients’ Organisations in Edinburgh.

Vashil Jasgray is a Mauritian social activist who has spent close to a decade leading community projects for disadvantaged children and youth in Mauritius. Currently, he runs the Community Projects at the Mahebourg branch of Rotary International. He conceptualised basic education and literacy skills projects for local disadvantaged children. This included education on drug and alcohol use. Jasgray also convenes the Plaine Magnien Youngsters Academy, a literacy project to improve vulnerable children’s reading and writing abilities. He received the Point of Light Award from the British government, recognising outstanding individual volunteers – people waking a change in their community.

Shaama Sandooyea is a 25-year-old Mauritian climate change activist and scientist. Sandooyea garnered attention when she staged an underwater protest in the Saya de Malha Bank in the Indian Ocean in March 2021. The bank is located between Mauritius and Seychelles. Sandooyea is a marine biologist from Mauritius who partook in a Greenpeace research expedition at the time, studying the area’s biodiversity. She became a climate change activist after witnessing the lack of accountability by those in power about climate change. Specifically, the projects happening in Mauritius that were destroying habitats and ecosystems. Her message is clear: “Listen to the science and include local communities in the dialogue. The climate conferences are not inclusive enough, and people at the bottom are suffering,” said Sandooyea.

Meghna Raghoobar was 23 years old when asked by UNICEF ( United Nations International Children’s Emergency Fund) and UNESCO (The United Nations Educational, Scientific and Cultural Organization) to be a “youth facilitator” to mobilise youth for sustainable development. After her undergraduate studies in sociology, she pursued a master’s degree in education on sustainable development. This led her back and forth between Mauritius and Uganda. In Seychelles, she sets up Sids Youth Aims Hub (SYAH) with other youth from the island and with the support of the Indian Ocean Commission. Raghoobar’s passion is finding harmony between people and nature through being the founder of Holistizen and co-founder and CEO of SYAH. Holistizen is about the knowledge of yoga, meditation and healthy nutrition in theory and practice and sharing it. SYAH mobilises people for projects like The Diving Against Debris (diving and collecting debris in the ocean every two months) and other ecological projects.

Karuna Rana is the Head of Climate, Impact & Policy, LOLIWARE Inc, an organisation working towards a plastic-free future. Rana has an educational background in environmental studies and formed part of SYAH with Meghna Raghoobar. She has lobbied governments and coordinated youth-led participation at United Nations negotiations on environmental sustainability. She received the Queen’s Young Leader Award in 2015. She boasts a decade-long career in grassroots actions, advocacy and reducing the ecological footprint left by big businesses and other large entities. Raghoobar also received the Mary Robinson Climate Justice Award for project #SeeingBlue in 2016.

Joyvani Rose is currently the Financial Controller at YUVA, Africa’s largest youth-led NGO. His experience as a social worker at the Dr Idris Goomany Rehabilitation Centre has helped inform the various social relief posts he currently occupies. Among them is the Fellowship First Aiders Association commissioner, which provides caring services supporting community needs. They also promote education, training and personal development for its members. Rose is also the vice-treasurer of the EDYCS Epilepsy Group. His extensive grassroots work started with a board membership for the National Youth Council of Mauritius. He was also a counsellor of social affairs at the National Economic and Social Council (NESC).

Imesh Fallee is a Mauritian student and activist. He advocates for human rights and has participated in various awareness campaigns in Mauritius. Most notably, the Rise and Shine campaign for the EU in Mauritius. Fallee has also worked on numerous projects with YQA (Young Queer Alliance) like the “mars dan mo pas”:  a toolkit for sensitising training about human rights and the LGBQTIA+ community. His work with the YQA extends into delivering HIV testing and providing people with HIV prevention services and information.

Nandini Tanya Lallmon is a social justice activist who advocates for sustainable development that intersects with gender, technology and human rights. She was appointed as the African Youth Charter Hustler for Mauritius by the African Union Office of the Youth Envoy in 2021. She advocates for diversity, inclusion, LGBQTIA+ and human rights. Lallmon is the first-ever UN Religion Fellow from Mauritius at OutRight Action International, an NGO that addresses human rights violations and abuses against the LGBQTIA+ community.

Imaam-Arshad Joomun is the Head of Operations and Logistics and founder of M Kids Organisation Youth Council in Port Louis, Mauritius. M-Kids had an informal start in 2002 as a youth club. It was borne out of concern about drug use and a few young people’s lack of funds to study. The group soon began mobilising against poverty and drug use by launching various campaigns. For 20 years, Joomun has led M-Kids to give children in Mauritius a healthy start in life, access to education, and safety.  He was the Social Impact award recipient for child rights in 2021. M-kids received the Africa Healthcare Leadership Award and the Africa NGO Leadership Award in 2018.

Krishna Athal is the Executive Director of YUVA, one of the largest and most active youth-led organisations in Africa. He also heads up the YUVA Academy. The Academy is a social project that encompasses various empowerment programmes for the youth of Mauritius. It reinvests back into the local communities to support YUVA’s spheres of care; education, employment, health and empowerment. Athal’s expertise spans 14 years of experience in leadership roles at major corporate organisations. Krishna has used his background in the private sector to establish the three speciality schools: School of Leadership, School of Entrepreneurship, and School of Humanities. As the founder of YUVA, Krishna’s journey has empowered the youth to create meaningful change. He has received numerous awards for leadership and innovation. He is the former chairman of the National Youth Council of Mauritius. Currently, he is the CEO of the National Aviation Academy.