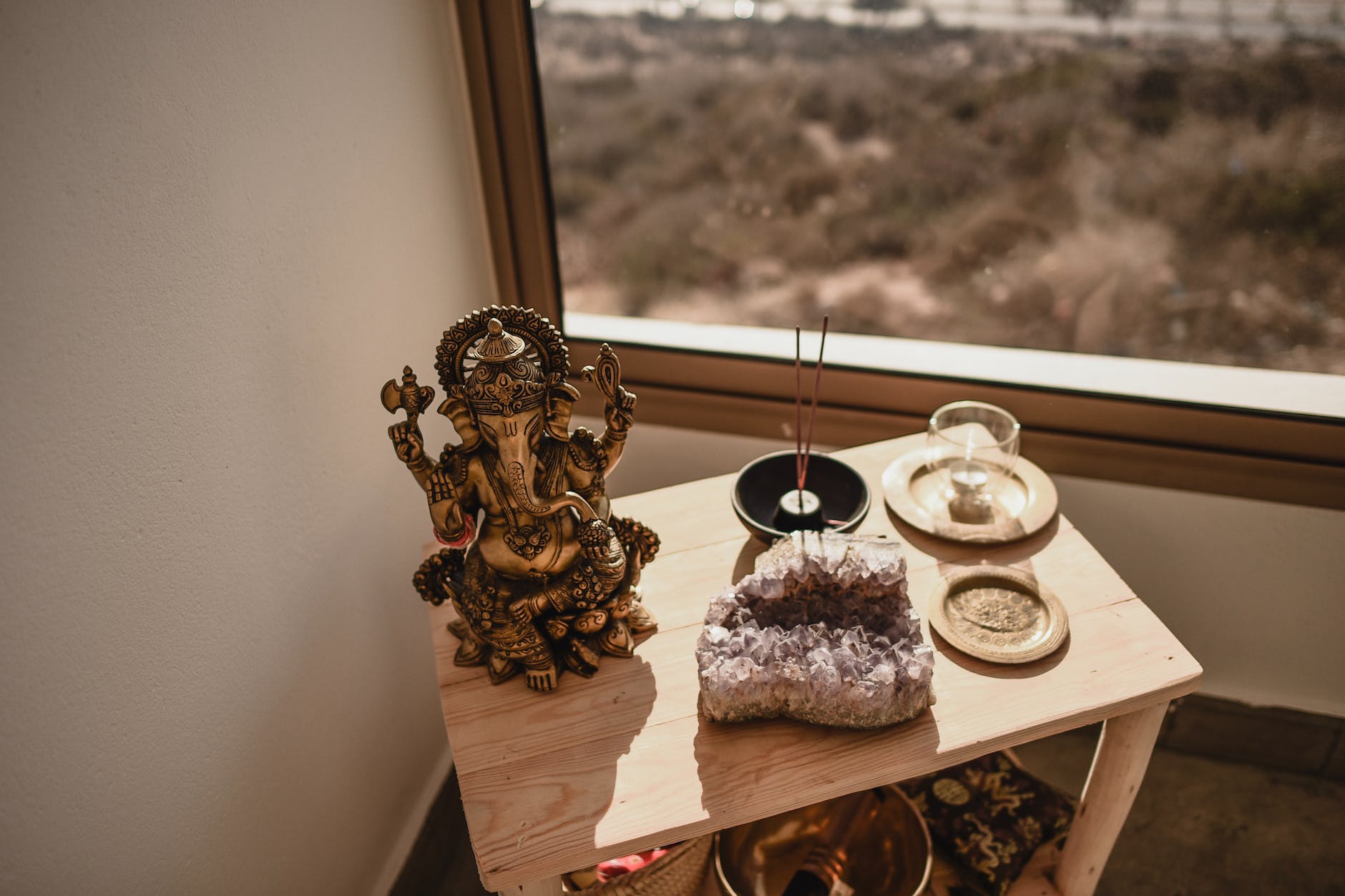 Ganesh Chaturthi is a favourable Hindu festival celebrated for 10 days every year. The festival is celebrated in the Bhadra month as per the Hindu calendar, which generally falls in mid of august to September. It marks the birthday of the beloved elephant-headed Lord Ganesha. Ganesha is the God of wealth, sciences, knowledge, wisdom, and prosperity. Most Hindus remember him and seek his blessings before starting any important work.

Lord Ganesh is known by 108 different names like Gajanana, Vinayaka, Vighnaharta, Gauriputraya, Ganesvaraya, among others. This festival is celebrated with great devotion and joy by Hindus throughout the world. In India, it is celebrated in states including Maharashtra, Gujarat, Goa, Madhya Pradesh, Karnataka, Telangana, and many other cities. Ganesha is the younger son of Lord Shiva and Parvati. There are various stories behind his birth, but two of them are the most common ones—these stories are famous everywhere in Africa.

According to the first story, Lord Ganesha was created by Parvati out of dirt from her body to guard her in the absence of Shiva. She gave him the task of protecting her bathroom door while she bathed. In the meantime, Shiva returned home, and Ganesha, who didn’t know who Shiva was, stopped him. This angered Shiva, and he severed Ganesha’s head after an argument between the two. Parvati was enraged when she came to know about this; Lord Shiva, in turn, promised to get Ganesha back to life. The devas were sent to search for a child’s head facing north, but they could only find an elephant’s head. Shiva fixed the elephant’s head on the child’s body, which is how Ganesha was born.

The other famous story is that the Devas requested Shiva and Parvati to create Ganesha so that he could be a Vighnakarta for rakshasas, thus being a Vighnaharta and helping Devas. It is believed that devotees who pray to Ganesha can fulfil their wishes and desires. So, the main essence of Ganesh Chaturthi is that devotees who pray to him are set free of sins, leading them on the path of knowledge and wisdom. Historically, the festival has been celebrated since the time of King Shivaji. During India’s freedom struggle, lokmanya tilak changed Ganesh Chaturthi from a private celebration to a grand public festival where people from all castes of the society can come together, pray and be united. Over the years, with growing environmental awareness, people have started celebrating Ganesh Chaturthi in an environmentally friendly way. This includes getting Ganesha idols made of natural clay or mitti and using only flowers and natural items for decorating the pandals or Ganesh mandaps.

There are four main rituals which are performed during the ten-day long festival. They are namely Pranapratishhtha, Shhodashopachara, Uttarpuja, and Ganpati Visarjan. The excitement of Ganesh Chaturthi settles in weeks before the festival begins. Artisans start preparing clay idols of Ganesha in different poses and sizes. The Ganesha idols are installed in beautifully decorated pandals at homes, temples, or localities. The statue is also decorated with flowers, garlands, and lights. A ritual called Pranapratishhtha is observed where a priest chants a mantra to invoke life in God. Prayers are then offered to Ganesha’s idol in sixteen different ways. This ritual is called Shhodashopachara.

In Africa, people celebrate by singing or playing religious songs, dancing to drumbeats and lighting fireworks, all of which add to the festive mood. The main motive for celebrating this festival is to bring health and prosperity to the home. This is the best way to celebrate Ganesh Chaturthi as it brings together human beings without focusing on their differences.

People offer their due respect, prayers, and offerings to Ganesha. The Uttarpuja ritual is then performed, about saying goodbye to Ganesha with deep respect. Ganpati Visarjan follows this, a ceremony wherein the statue is now immersed in water. While carrying the sculpture into the sea and immersing it, people generally chant in the Marathi language Ganapati Bappa Morya, Purchya Varshi Laukariya, which means Goodbye Lord, please come back next year. While some devotees celebrate this festival at home, others pay their visit to Lord Ganesha at public pandals or mandaps. Dishes like Lord Ganesha’s favourite Modak, Pooran Poli, and Karanji are prepared for friends, family, and visitors.

In Accra of Ghana, every year Ganesh Chaturthi festival is celebrated. The spread of Hinduism in Ghana began in the year the 1970s. At the time, there were twelve thousand Hindus. Ganesha in Accra is placed for three days. They celebrate in their way by mixing the culture of Africa of dancing and beating drums. According to the beliefs of the Africa Hindus of Accra, they get happy. Everyone should believe in God. He will reduce our suffering. People think that Lord Ganesha takes away all our pains and gives us happiness; therefore, they call him Vighnaharta, who takes away all our pains and sufferings.

Within these three days, they worship every morning and afternoon, and then on the third day, they go for the visarjan of lord Ganesha’s idol in the water or sea. Lord Ganesha is one of the most worshipped gods of the Hindu religion. He is considered the symbol of prosperity and wisdom. Ganesh Chaturthi is celebrated for many reasons, and every reason is essential as well as unique in its way. It is celebrated to offer love and devotion to Lord Ganesha. This festival is also important because it maintains unity among people and spreads love. They say the sea is the blessing that lord Ganesha brings with him and should be carried everywhere in the world.