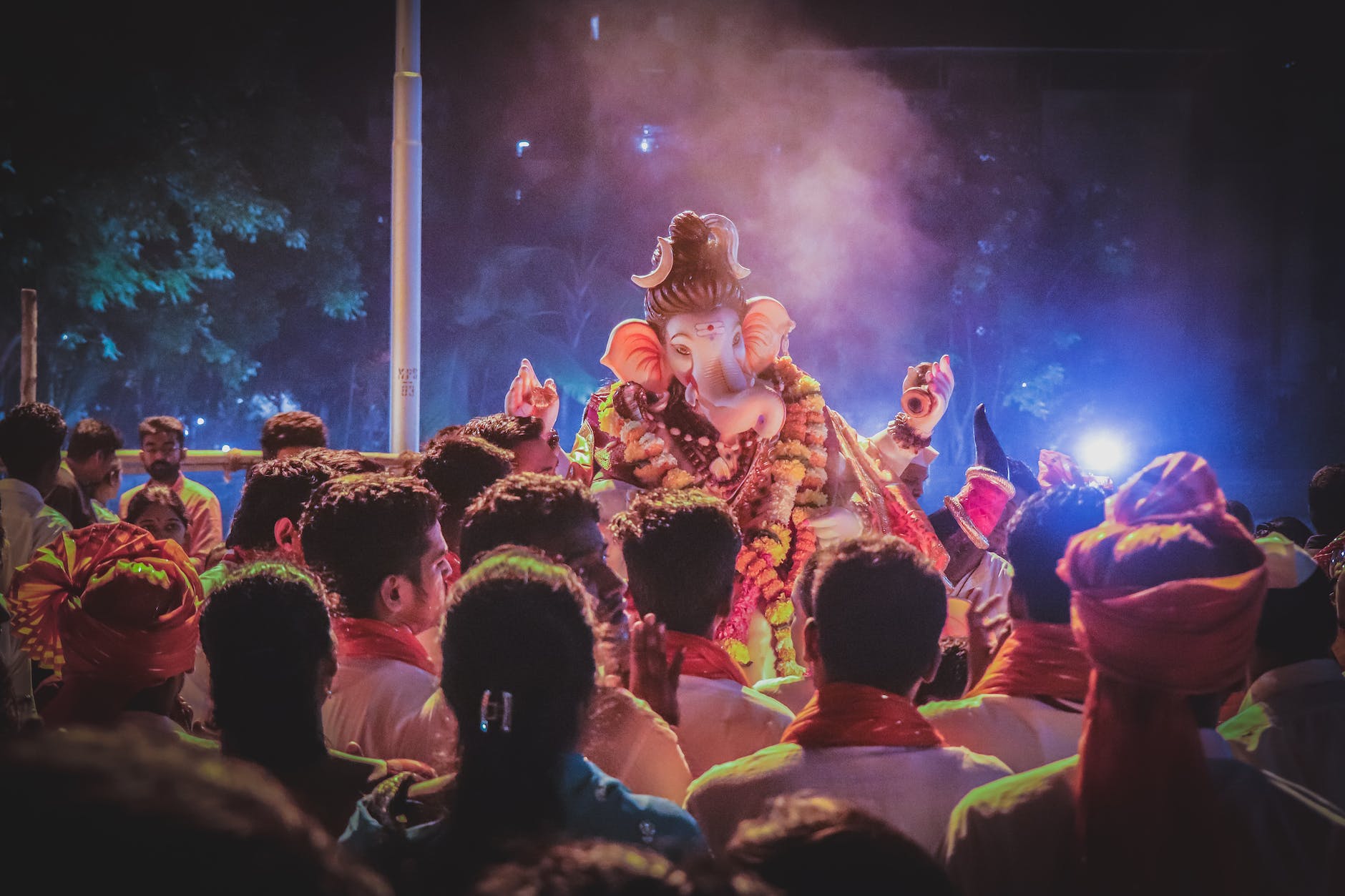 Ganesh Chaturthi in Mauritius is going upscale every year. There are thirty-three million gods in Hinduism. And the God who is worshipped first in every prayer is Lord Ganesha, the elephant head God, son of Shiva, for whom Maha Shivaratri festival is celebrated with much intensity and devotion across the country.

Ganesh Chaturthi festival is going upscale every coming year in Mauritius. Initially, it was observed only at houses, especially in Marathi families, then it went to temples, organizing big community prayers. Then came the beautiful statues imported from India, which made this festival more beautiful with traditional navvari sarees and traditional music and dance and the big on-feet processions to Flic-en-Flacq beach, which witness thousands of Ganesh idol immersion on this festival. Ganesh Chaturthi is one such festival that kept going upscale with the country’s development. It has become prevalent and celebrated with many rituals and shows since the previous decade.

On the day of public holiday during Ganesh Chaturthi, many processions with giant Ganesh statues and loud music and dance are common on Mauritian roads, especially around the southwest of the island where the Marathi community resides in large numbers. The festivities start ten days before the final ritual with the installation of the Ganesha statue, usually made from clay, in the house.

The final one is marked by the immersion of the statue in the rivers and sea around the country. The houses are cleaned, and the idol is brought with the family members singing Shloka or religious verses. The seven to ten-day festival ends with the Ganesh Visarjan, where the idols are immersed in the water.  It is done as a procession with millions of people accompanying the idol, along with a lot of music and dance.

The Marathi Community in Mauritius

Celebrated in Mauritius mainly by the Marathi community, the ten-day festival marks the birthday of the God Ganesha. There are many stories about the origin of Ganesha, but the most famous is the one in which the Goddess Parvati created her son Ganesha from the sandalwood of the body to guard the door while she took her bath. According to Hindu mythology, when her husband Shiva returned home, he was angry at being declined access by Ganesha. In his anger, he severed the latter’s head, killing him instantly. Devastated by this sight, Parvati pleaded with him to bring her child back to life. Shiva accepted and asked his soldiers to bring back the head of the first creature lying with its head facing north. They returned with the head of an elephant, and Shiva, by placing the animal’s head on Ganesha, brought him back to life. Ganesha, known as the remover of obstacles and the God of new beginnings, Ganesha was also granted the status of being foremost among the gods.

This is one of the Island’s most important events in terms of its cultural and religious landscape. The festival celebrates the birth of Ganesha, the Hindu god of prosperity and wisdom, also considered the Lord of Beginnings. Near the beaches and water bodies, you’ll notice devotees carrying small idols of the elephant-headed Lord Ganesha to them that day. They decorate the idols with red paste and yellow and red flowers. They immerse them in the water, which is called Ganesh Visarjan, and chant Ganapati Bappa Morya. Ganesha slowly disappears while they pay their respects, taking their worries with him and leaving blessings behind.

The festival date changes according to the Hindu calendar. This year it falls on Wednesday, 31 August 2022. Ganesh Chaturthi is a public holiday, which means a day off for most people, and shops may close.

This colourful, vibrant holiday celebration is not to be missed. Preparations for the festival begin long in advance. Devotees conduct morning prayers and make offerings of coconut and other sweet treats to the deity ten days before the actual event. Mauritius is one of those rare countries outside Southeast Asia where an overwhelming majority of people practise Hinduism. It is easy to estimate the popularity of this festival in Mauritius from the fact that Ganesh Chaturthi is declared a national holiday in Mauritius.

The Indian High Commission in Mauritius

Ganesha is believed to be a big foodie, and everyday devotees offer him modak, a sweet dish made with rice flour, jaggery and coconut stuffing. In the evening, aarti is held, and people sing songs praising the lord. On the final day, families carry their idols to the sea beach and immerse them in the water, bidding a final goodbye. Besides individual celebrations, Ganesh Chaturthi in Mauritius is also celebrated in different Hindu temples of the country. The festivities at the temples are much grander, considering that many people assemble in one place to participate in the pujas.

The Indian High Commission in Mauritius arranges special shows, performances, and events to celebrate this festival. The festival celebrates Ganesha as the God of new beginnings, the remover of Obstacles, and the God of wisdom and intelligence. Ganesh Chaturthi is one of the most celebrated festivals of the Hindu religion, which holds very much importance in the life of Hindus. People enjoy this festival a lot. He is considered the symbol of prosperity and wisdom. It is celebrated to offer love and devotion to Lord Ganesha.