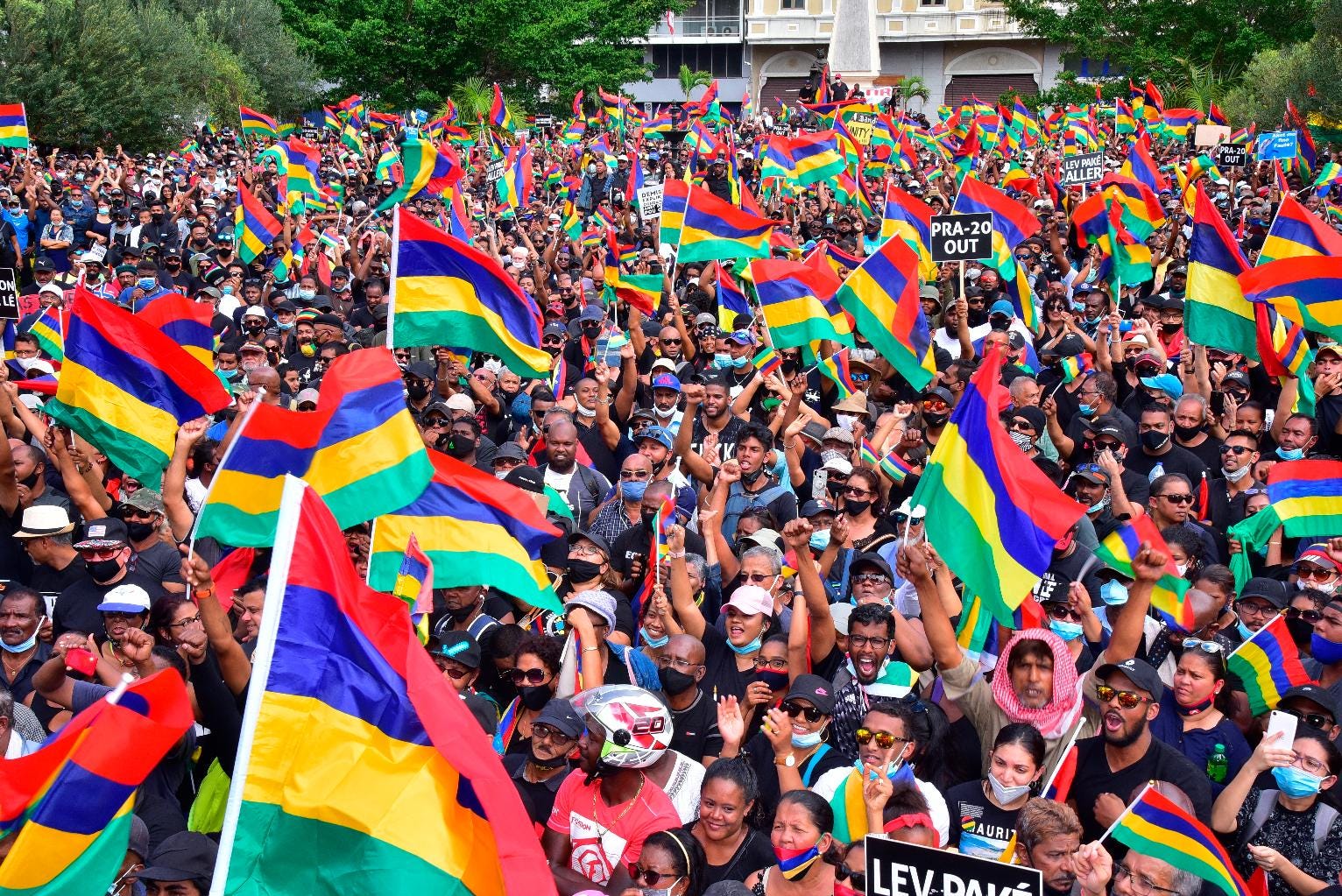 Let’s talk about the Mauritian government! It is divided into three branches: the legislative, the executive, and the judicial. Legislative power resides in the Parliament, which consists of the President and the National Assembly. Through the Parliament, laws are made, the state’s finances are discussed, but above all, the government’s actions are checked. It should be noted that the National Assembly is composed of 70 members. The executive enforces laws and comprises the council of ministers, the prime minister, and others. And finally, the judicial branch concerns the supreme court and other subordinate courts.

Every five years, general elections are held with universal suffrage for citizens over 18. It is indeed the people who vote, and for a ballot to be valid, voters must cast as many votes as there are seats in the constituency. Mauritius holds elections under the first-past-the-post (FPTP) system, also known as the simple majority system, whereby candidates with the highest number of votes in a constituency win. It can be noted that candidates can also be independent and not be affiliated with any party. Rather than one candidate standing in each constituency, three candidates from the same political party may stand in each constituency, with voters casting ballots for their three preferred candidates regardless of party affiliation.

Mauritius comprises twenty constituencies plus the Rodrigues Island, which makes twenty-one. Therefore, sixty candidates are elected, and two for the constituency of Rodrigues. Since Mauritius is a multi-party system, the political parties or coalitions of political parties win an election. This is how it goes. The government is formed by the political party or party alliance that wins the most seats in Parliament, and its leader is usually appointed Prime Minister.

The official opposition is formed by the political party or alliance with the second largest majority. The President of the Republic usually nominates its leader as the “Leader of the Opposition”. The opposition is also significant as it helps to ensure that the government does its job well and brings some balance to the Parliament.

A country as multicultural as Mauritius is bound to see, to some extent, how ethnicity can influence politics in one way or another. The population of Mauritius is divided into four communities: Hindus, Muslims, Sino-Mauritians, and the general population. The latter group is mainly composed of African Creoles and Franco-Mauritians. As mentioned, sixty-two are directly elected in twenty-one constituencies, but the National Assembly has seventy seats.

Thus, after a general election, the Election Supervisory Commission may appoint up to eight additional members, in accordance with Section 5 of the First Schedule to the Constitution, to correct any imbalance in the representation of communities in Parliament. This method of selecting members is known as the best loser system.

On the other hand, the political parties say they do not look at ethnicity or culture because Mauritians are one united people. But it can be noted that stability is far more critical than communal divisions.

Smaller parties like Rezistans ek Alternativ are also present. These parties have different points of view, but this does not prevent them from coexisting. It should also be noted that as the elections approach, the main political parties do not hesitate to form alliances with or even smaller political parties to gain the most seats in Parliament.

Mauritius has a reputation for being a democratically stable country that stands out from other African countries. Furthermore, Mauritius has held the top spot on the Mo Ibrahim Index of African Governance for the past ten years. But democracy also means an equal representation of women in the Mauritian political arena, as it must be said that they are underrepresented. This suggests Mauritius is lagging in creating an equitable political space for women. Elections are generally held without any problems, but this does not prevent election results from being contested, and of course, it is up to the Supreme Court to decide.

However, Mauritius may go through some upheavals, but nothing extremely violent. The Mauritian people make full use of their right to demonstrate in the streets, whether against the incompetence of a government, injustice or other problems the country is facing.

One thought on “Amazing Facts About Politics in Mauritius”