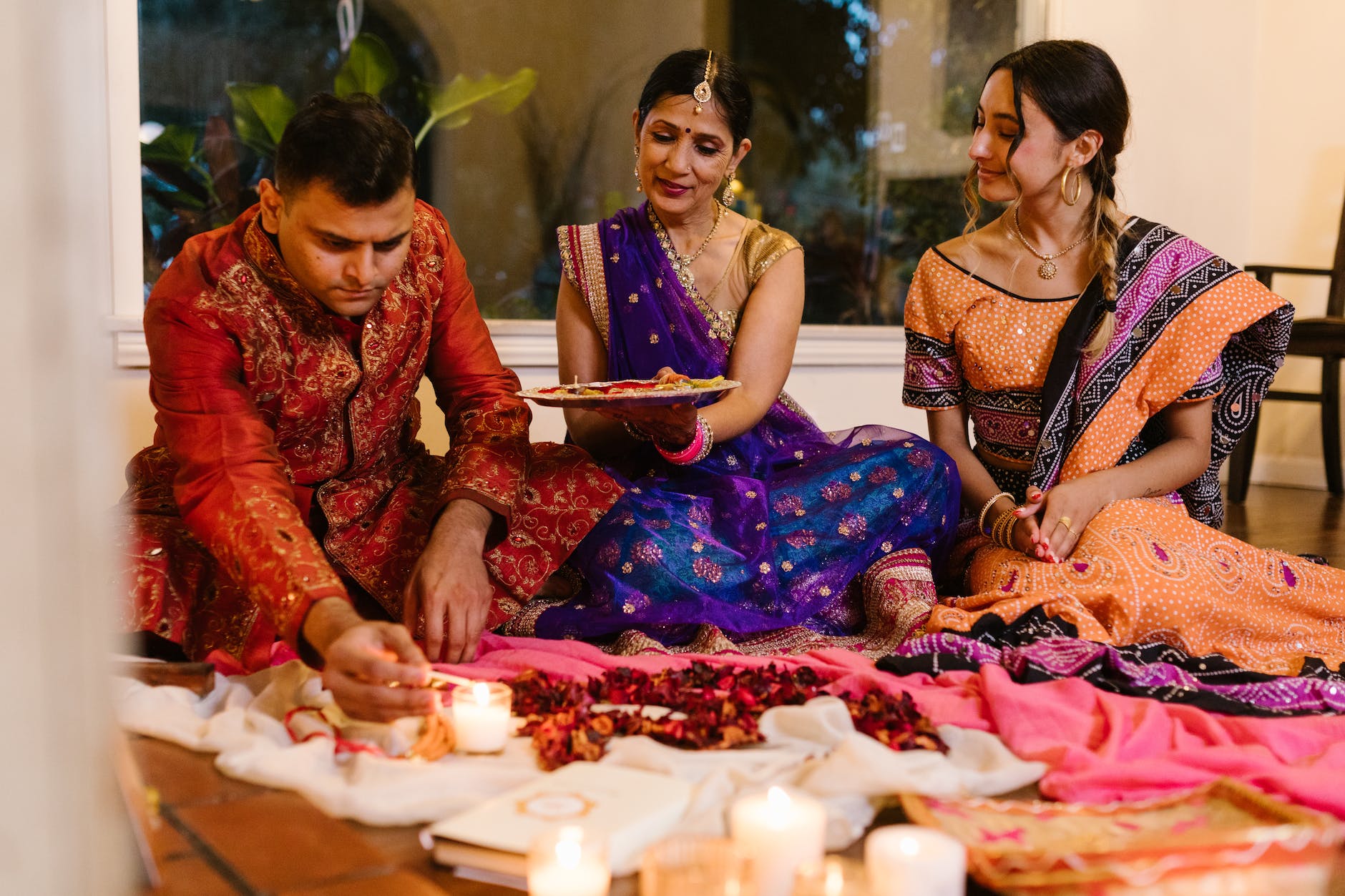 Diwali celebration in India is a massive festival for Hindus. This year, Diwali is being celebrated on Monday, 24 October.

Diwali is also known as Deepawali or Divali. Deepawali combines two words Deep or Diyas and aawali or row. Deepavali means a row or series of deeps or diyas. Diwali is celebrated in India and abroad by Hindus and other non-Hindu communities who reside there. Besides Hindus, other communities like Jain, Newar Buddhist, Sikh, etc., also celebrate Diwali. Diwali comes in October or November. According to the Hindu calendar, Diwali falls on Amavasya means dark night or no moon night in Kartika month.

Diwali marks the beginning of a new year in the Hindu calendar in India. Diwali, the festival of lights, is celebrated to mark the day Lord Ram returned to Ayodhya along with Sita and Lakshman after defeating Ravana in Lanka and serving 14 years of exile. At that time, the people of Ayodhya welcomed their beloved Prince Rama along with his wife Sita, brother Laxmana and Hanuman by lighting up earthen lamps or diyas and bursting firecrackers. That day whole of Ayodhya was decorated & lighted up with earthen lamps and flowers. After that, Diwali is celebrated in remembrance of that day.

Although the traditions and celebrations vary from state to state, the essence of the festival stays the same across the country. The festival represents the same symbolic victory of light over darkness, knowledge over ignorance, and good over evil.

Diwali symbolises the victory of light over darkness, good over evil and hope over despair. Hindus light up their homes, adorn the entrance with lamps or candles, and colourful mandalas made using coloured powder. Therefore, it is also known as the festival of lights. Diwali is celebrated on the day of the full moon, around the end of October and the beginning of November. The celebrations last five days, with Diwali being the third and the most important day. Each of the days of this five-day festival has a different significance, with its rituals and traditions followed by fireworks at nighttime. The Diwali festival begins with Dhantrayodashi, that is, Dhanteras, and ends with Narak Chaturdashi, Lakshmi Puja, Govardhan Pooja and Bhaiya Dooj.

Every festival in India is associated with a cause or a legend. The celebration starts from Dhanteras. Dhanteras is the worship of Lord Dhanvantri. Indians clean and decorate their houses on this critical day and prepare for the festival. They also go out and buy new clothes. Stores have all kinds of discounts to attract more buyers. Dhanteras is just two days before Diwali. One day before Diwali is Choti Diwali or Naraka Chaturdasi. Naraka Chaturdasi symbolises the victory of good over evil. Lord Krishna, an avatar of Vishnu, killed the demon Narakasura on Naraka Chaturdasi. On Chhoti Diwali, people worship the god of death, Yamraj, to avoid untimely death and light up diyas at night.

This day is considered to be an important day of Diwali. The third day is Diwali. Families and friends come together and exchange gifts and light oil lamps on the third day and the most important day. People decorate their houses with electric lights, earthen lamps or diyas, coloured candles and beautiful flowers. People make rangoli in front of houses to welcome Goddess Lakshmi with dried flowers, flour, and coloured powder in an artistic manner. People offer prayers to Goddess Lakshmi and Lord Ganesha in the evening or at night and eat sweets. People and children enjoy bursting firecrackers very much.

On the fourth day, known as Govardhan Puja or Padva, some people in northern India build small piles of cow dung to symbolise how Krishna defeated the king of the Hindu gods, Indra, by lifting a mountain.

The fifth day,  Bhai Dooj or Yama Dwitiva is a day for brothers and sisters to honour one another. Siblings perform a ceremony called tilak and pray for one another. This festival celebrates the sister-brother bond. As per Hindu mythology, Lord Krishna came to his sister’s Subhadra place after defeating Narakasura.  Subhadra welcomes his brother Lord Krishna with a tilaka on his forehead. As per another legend, the Yamuna, the sister of Yama, welcomes his brother with a tilaka on Yama’s forehead. Sisters perform rituals and prayers for the well-being of their brothers on this day.  Brothers take a pledge to protect their sister. They give gifts to their sisters.

Diwali has significant religious and spiritual importance. It brings harmony, unity, togetherness, and brotherhood among the people. People forget their disputes and remove all negativity from their hearts to bring joy and happiness to this festival. Diwali is a time for feasting with family and enjoying plenty of sweet treats. One popular delicacy is Kaju katli, a fudge-like sweet made with ground cashews and sugar and sometimes flavoured with a touch of rose water. Another popular treat in northern India is besan burfi, another kind of fudge-like bar made from flour, sugar and cardamom sprinkled with almonds or pistachios. Jalebi, a variety of sweet fried bread, is also a popular choice.

It isn’t Diwali without dessert! Many festivals are celebrated throughout the year in India, where people of all religions celebrate their various festivals according to their culture and tradition. Diwali is one of the most famous, influential, traditional, and cultural festivals of the Hindu religion, celebrated with great enthusiasm every year with relatives, friends and neighbours. Diwali, the major festival of Hindus, is also considered a symbol of cleanliness. At this festival, people clean their homes. Everybody brightens their house and makes beautiful decorations. On this occasion, people also bring new things to their homes, installing lighting, etc.

One thought on “The Ultimate Diwali Celebration in India Checklist”