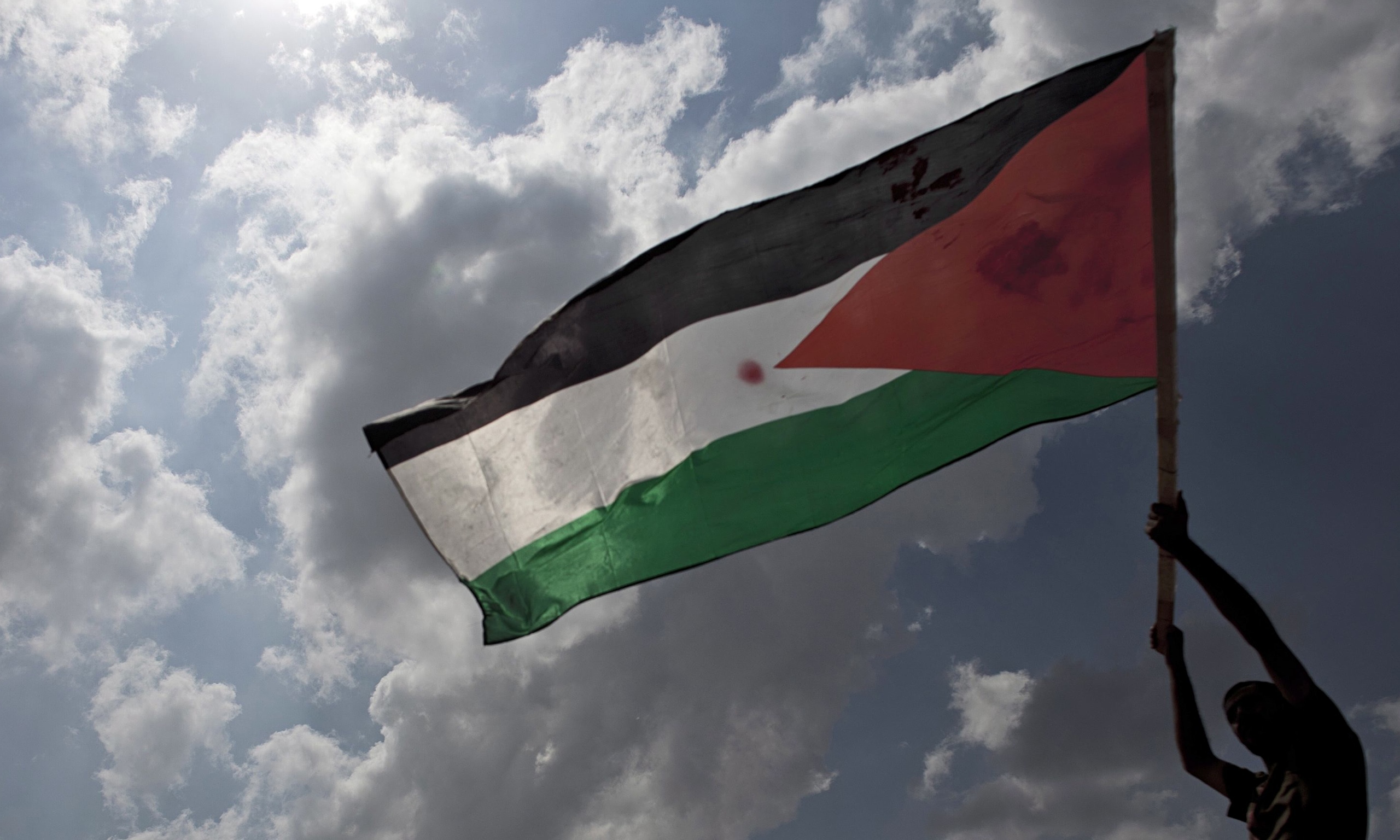 The United Nations’ (UN) International Day of Solidarity with the Palestinian People is annually observed on November 29. The day is also known as Solidarity Day.

Special meetings may be held to observe Solidarity Day in some UN offices, councils, government bodies and organizations that have a special interest in the issues encompassing the event.  The day may also be publicized through newspapers, magazines, radio and television news, and online media.  Some topics that may be publicized or discussed include the status and plight of Palestinian refugees, as well as general information on Palestinian culture and society.

The International Day of Solidarity with the Palestinian People is a global observance and not a public holiday.

On November 29, 1947, the UN General Assembly adopted the resolution on the partition of Palestine (resolution 181 (II)). On December 2, 1977, it was recorded that the assembly called for the annual observance of November 29 as the International Day of Solidarity with the Palestinian People (A/RES/32/40 B). On December 1, 2003, the assembly encouraged member states to continue to provide support and publicity to observe the day. So the day was observed on December 1 in 2003.

The assembly also requested that the Committee on the Exercise of the Inalienable Rights of the Palestinian People and the Division for Palestinian Rights of the Secretariat should continue to organize an annual exhibit on Palestinian rights or a cultural event with the Permanent Observer Mission of Palestine to the United Nations.

The UN logo is often associated with marketing and promotional material for this event. It features a projection of a world map (less Antarctica) centered on the North Pole, inscribed in a wreath consisting of crossed conventionalized branches of the olive tree. The olive branches symbolize peace and the world map depicts the area of concern to the UN in achieving its main purpose, peace and security. The projection of the map extends to 60 degrees south latitude, and includes five concentric circles.

The International Day of Solidarity with the Palestinian People is observed by the United Nations on 29 November each year, in accordance with mandates given by the General Assembly in its resolutions 32/40 B of 2 December 1977, 34/65 D of 12 December 1979, 56/34 of 3 December 2001, and other relevant resolutions.

Special commemorative activities are organized by the Division for Palestinian Rights of the United Nations Secretariat, in consultation with the Committee on the Exercise of the Inalienable Rights of the Palestinian People.

The date of 29 November was chosen because of its meaning and significance to the Palestinian people. On that day in 1947, the General Assembly adopted resolution 181(II), which came to be known as the Partition Resolution. That resolution provided for the establishment in Palestine of a “Jewish State” and an “Arab State”, with Jerusalem as a corpus separatum under a special international regime. Of the two States to be created under this resolution, only one, Israel, has so far come into being.

The Palestinian people, who now number more than 8 million, live primarily in the Palestinian territory occupied by Israel since 1967, including East Jerusalem, part of which is now administered by the Palestinian Authority; in Israel; in neighbouring Arab States; and in refugee camps in the region.

The International Day of Solidarity has traditionally provided an opportunity for the international community to focus its attention on the fact that the question of Palestine is still unresolved and that the Palestinian people is yet to attain its inalienable rights as defined by the General Assembly, namely, the right to self-determination without external interference, the right to national independence and sovereignty, and the right to return to their homes and property from which they had been displaced.

Since September 1993, a number of important and positive developments have taken place in the peace process. Most notable among them have been the mutual recognition between Israel and the Palestine Liberation Organization (PLO) and the signing by the two parties of the Declaration of Principles on Interim Self-Government Arrangements and of subsequent agreements. The implementation of these agreements led to the withdrawal of Israeli forces from most of the Gaza Strip and parts of the West Bank, the establishment of the Palestinian Authority, and the holding of elections for the Palestinian Council and the Presidency of the Authority. A long stalemate, however, brought the implementation of agreements to a halt. The signing of the Sharm el-Sheikh Memorandum, in September 1999, re-ignited the peace process and raised hopes for the commencement of the permanent status talks. The Camp David summit in July 2000, despite its inconclusive ending, reaffirmed the parties’ commitment to reaching an agreement on all permanent status issues.

In late September 2000, the visit by the then Israeli opposition leader to the holy site of Al-Haram al-Sharif in East Jerusalem provoked a major outbreak of violence, which has led to a significant number of casualties, including civilians on both sides, many of them children, and has disrupted the peace process. Despite international efforts, notably by the Quartet of international mediators consisting of the United States of America, the Russian Federation, the European Union and the United Nations, as well as by regional Powers and other interested actors, violence has persisted, preventing the two sides from breaking out of the deadlock. A series of Israeli military offensives have led to the reoccupation of most of the West Bank, have severely damaged the Palestinian security and civilian infrastructure, and have caused a humanitarian and human rights crisis in the Occupied Palestinian Territory, including East Jerusalem. Attempts at resuming security cooperation between the parties in the course of 2002 have proved inconclusive in practice.

Despite these distressing circumstances, there have been opportunities for progress towards a political settlement. In particular, the Security Council, in its resolution 1397 (2002), adopted on 12 March 2002, affirmed a vision of a region where two States, Israel and Palestine, would live side by side within secure and recognized borders.

In 2003, the Al-Aqsa intifada in opposition to the Israeli occupation persisted while international efforts continued to help defuse the crisis. On 30 April, the Road Map, a plan initiated by the Quartet, was formally presented to both parties at Aqaba. It aimed at achieving progress through parallel and reciprocal steps by the two parties in the political, security, economic, humanitarian and institution-building fields, under an effective international monitoring system, reaching a permanent status solution by 2005. That would mean a comprehensive, just and lasting settlement negotiated between the parties on the basis of United Nations Security Council resolutions 242 (1967), 338 (1973) and 1397 (2002).

However, the situation on the ground remained tense and highly volatile. The relative calm brought about by a ceasefire declaration by Palestinian organizations in June was broken abruptly by renewed cycle of violence in August. Aside from continuing to expand its settlements, Israel began to construct a separation wall, with large parts of it cutting deep into the Palestinian Territory. The construction of this wall has serious and economic consequences for over 200,000 Palestinians. In September, the Israeli Security Cabinet made a decision to “remove” Palestinian Authority President Yasser Arafat, who remained under siege at the muqataa . The Tenth Emergency Special Session of the General Assembly adopted resolution A/RES/ES-10/12 demanding that Israel desist from any action against President Arafat.

In the overall effort to achieve a comprehensive, just and lasting settlement in the Middle East, a key role is played by the United Nations. The Organization should continue to exercise its permanent responsibility towards all the aspects of the question of Palestine, including the issue of Jerusalem, until it is resolved in a satisfactory manner, in conformity with relevant United Nations resolutions and in accordance with international legitimacy, and until the inalienable rights of the Palestinian people are fully realized.

In response to the call of the United Nations, various activities are undertaken annually by Governments, civil society, academic institutions and others in observance of the International Day of Solidarity with the Palestinian People. These activities include, among other things, the issuance of special messages of solidarity with the Palestinian people, the organization of meetings, the dissemination of publications and other information material, and the screening of films.

At United Nations Headquarters in New York, the Committee on the Exercise of the Inalienable Rights of the Palestinian People each year on 29 November holds a solemn meeting to observe the Day of Solidarity. Speakers include the Secretary-General, the President of the General Assembly, the President of the Security Council and representatives of relevant United Nations bodies, intergovernmental organizations and Palestine. A message from the Chairman of the Executive Committee of the Palestine Liberation Organization and President of the Palestinian Authority is also read out at the meeting. NGOs are also invited to attend and a spokesperson for the international community of NGOs accredited to the Committee addresses the meeting.

A special bulletin containing the texts of the statements and messages received on the occasion of the Day of Solidarity is published annually by the Division for Palestinian Rights.

Other activities organized in New York in connection with the observance of the Day of Solidarity include a Palestinian exhibit sponsored by the Committee and presented by the Permanent Observer Mission of Palestine to the United Nations, and the screening of films.

Meetings in observance of the International Day of Solidarity with the Palestinian People are also held at the United Nations offices at Geneva and Vienna.

The United Nations information centres throughout the world are available to assist Governments, NGOs and others wishing to organize special activities connected with the Day by providing information and documentation.