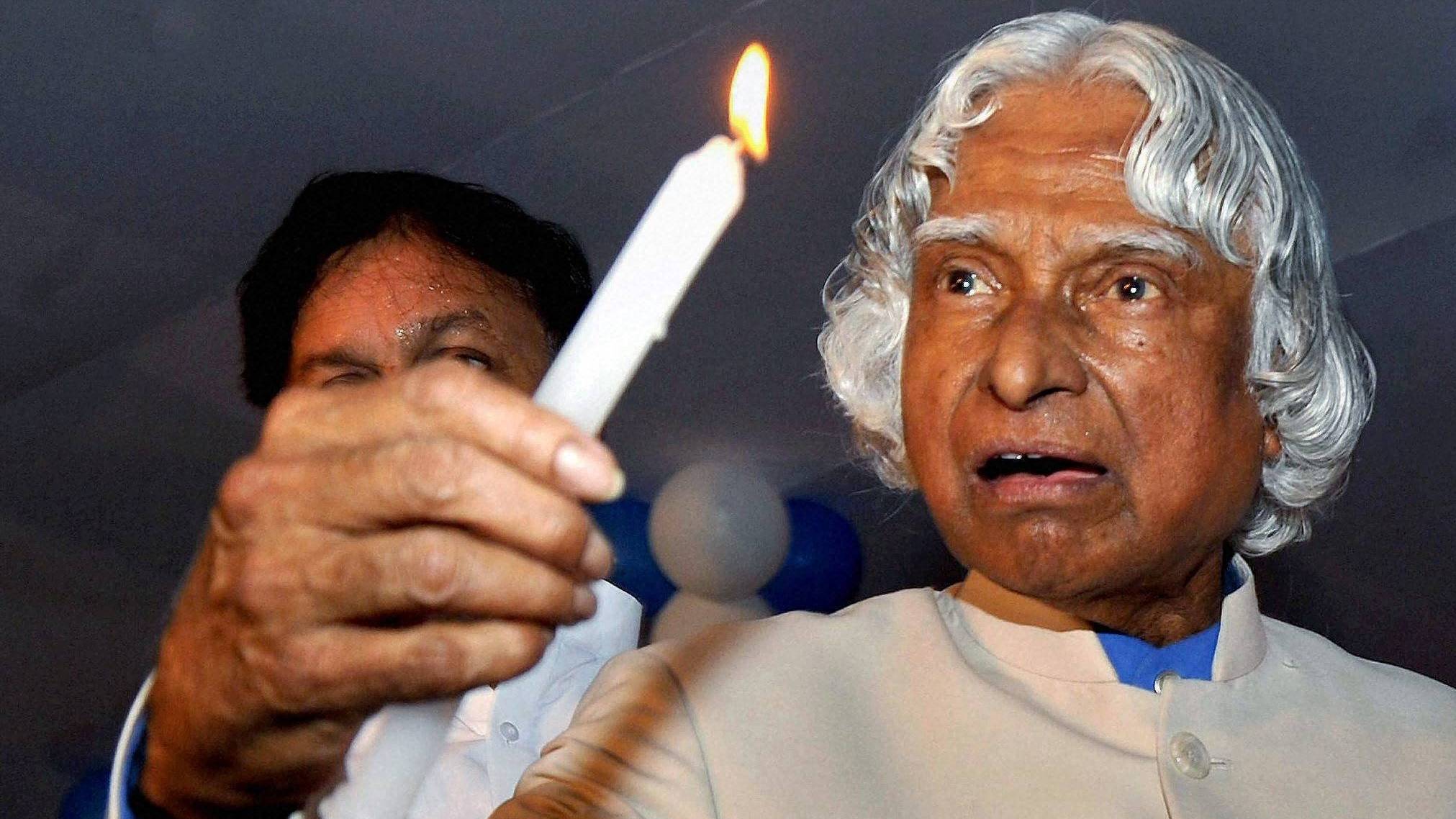 Former President APJ Abdul Kalam, the ‘missile man’ who came to be known as ‘People’s President’ died yesterday after he collapsed during a lecture at the IIM in Shillong.

Kalam, who would have turned 84 in October, was confirmed dead more than two hours after he was wheeled into the ICU of Bethany hospital in a critical condition following the collapse at around 6.30 pm.

According to reports, Kalam suffered a massive cardiac arrest during the lecture at IIM, Shillong.

A.P.J. Abdul Kalam was born in India on October 15, 1931. A lifelong scientist, Kalam’s prominent role in India’s 1998 nuclear weapons tests established him as a national hero. Among his many accolades, including honorary doctorates from 40 universities, he was granted the Padma Bhushan (1981), the Padma Vibhushan (1990), and the Bharat Ratna (1997) — India’s highest civilian awards — for his contributions in modernizing government defence technology. Known as the People’s President, Kalam was so popular that MTV nominated him for a Youth Icon of the Year award in 2003 and 2006.

In 2002, India’s ruling National Democratic Alliance helped him win election against the country’s former president, Kocheril Raman Narayanan; Kalam became India’s 11th president, a largely ceremonial post, in July 2002. On July 27, 2015 Kalam suffered from a massive heart attack while lecturing at the Indian Institute of Management and subsequently died at the age of 83.

Avul Pakir Jainulabdeen Abdul Kalam rose from humble origins to become the President in the most unexpected manner during the NDA government under Atal Bihari Vajpayee after an all party consensus minus the left parties that saw him through in an election which he won handsomely.

An aeronautics engineer from Madras Institute of Technology, Kalam was considered the brain of missile programme in India got and as Chief Scientific Adviser to Vajpayee was also instrumental in the Pokhran nuclear test in 1998.

As President, Kalam utilised any opportunity that came to him to address students, especially school children, to dream big so that they became achievers in life. A bachelor, the former President was a veena player and was deeply interested in Carnatic music. He was vegetarian all his life.

Earlier during the day, Kalam had tweeted about his function at IIM Shillong.